From Vince Carter to Kobe Bryant, 10 Players Who’ve Had the Longest Careers in NBA History

Longevity is key for any NBA player. The sport’s physicality and intense speed are ever-evolving. Injuries and team-planning makes the long-term play in the league tough for players to have long careers.

Yet, there are players throughout NBA history who have had decade-long careers. How these careers pan out depends on several factors. But some strive through all odds and become timeless legends in their own right.

Here are the players with the longest NBA careers.

The longest career in NBA history is one that ended just months ago. Vince Carter entered the league in 1998 as the fifth overall pick in the draft. Carter played for the Toronto Raptors for six years, where he became one of the most exciting players in the league. Carter’s iconic 2000 NBA Slam Dunk contest performance is still talked about.

After the Raptors, Carter played for the New Jersey Nets for another five years. He came closest to winning an NBA Championship in Orlando in 2010, but he lost in the Finals. Since then, he bounced from franchises such as Phoenix Suns, Dallas Mavericks, Memphis Grizzlies, Sacramento Kings, before ending his career with the Atlanta Hawks after the 2019-2020 season.

Carter ended his 22-year career as an eight-time All-Star and former Rookie of the Year.

Parish came into the NBA in 1972. He went to the Golden State Warriors as the eighth overall pick in the draft. After four years, Parish went to the Boston Celtics, where he experienced his greatest success- three NBA Championships in 14 years.

Garnett was one of the greatest power forwards of his generation. He joined the Minnesota Timberwolves in 1995. He played with the Timberwolves for 12 years, where he became a multiple-time All-Star.

Garnett ended his career with the Timberwolves after the 2015-16 NBA season. Garnett was a 15-time NBA All-Star and a former NBA MVP.

Dirk Nowitzki is one of the greatest European players in the NBA. The German joined the NBA in 1998, going to the Dallas Mavericks. Nowitzki spent his entire career in Dallas, playing with many players throughout his time. Nowitzki became MVP in 2007 and won his first NBA Championship in 2011. He defeated the ‘Big Three’ of LeBron James, Dwyane Wade, and Chris Bosh of the Miami Heat in the 2011 NBA Finals. He was named Finals MVP. Nowitzki retired in 2019, as an MVP, Finals MVP, NBA Champion, and 14-time All-Star.

Kevin Willis’ playing career was longer in terms of years than those in the list. Willis played between 1984 and 2007, a total of 23 years. But he spent a significant amount of time out of the league during this period. He joined the league in 1984 as part of the Atlanta Hawks. After 10 years, he joined the Miami Heat. He spent two seasons with the Heat, after which he bounced to different teams such as the Warriors, Rockets, Raptors and Nuggets. he joined the San Antonio Spurs in 2002 as a role player. He won his first and only NBA Championship with the Spurs in 2003. After 2004, Willis returned to the Atlanta Hawks for one more season. After almost two years out of the league, Willis signed with the Mavericks and retired at the end of the 2007 season. Willis is a former NBA Champion and an All-Star.

Kareem Abdul-Jabbar is one of the greatest NBA Players of all time. A celebrated college player, he joined the Milwaukee Bucks in 1969. He quickly established himself as a dominant center. He won his first NBA Championship in 1971 with the Milwaukee Bucks.

After six years, Kareem moved to the Los Angeles Lakers. With the Lakers, he won five NBA Championships, from 1975 to 1989. The combination of Kareem and Magic Johnson was a highlight for the time. Kareem retired in 1989 as a six-time NBA Champion, two-time Finals MVP, six-time NBA MVP, and a 19-time NBA All-Star.

Kobe Bryant established himself as the greatest LA Laker of all time. In his 20 seasons, Kobe remained a Laker for life. Bryant went to the Lakers immediately after a draft with the Charlotte Hornets. In 1996, Bryant made his debut with the Lakers.

Within the first few seasons, Bryant quickly showed his talent in the league. The arrival of legendary coach Phil Jackson and a dominant partnership with Shaquille O’Neal helped elevate Kobe further. The two players led the Lakers to three consecutive NBA Championships from 2000 to 2003.

The departure of Shaq led to a period of dormancy for Kobe. He even almost left the Lakers. But the arrival of Pau Gasol allowed Bryant and the Lakers to win two back-to-back NBA Championships in 2009 and 2010. He remained with the Lakers for six more years, where the Lakers floundered. He retired in 2016 as a five-time NBA Champion, two-time Finals MVP, league MVP, and an 18-time All-Star. 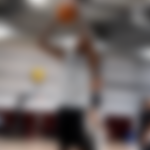 Jamal Crawford is the only player on the list who is still playing. Crawford joined the NBA in 2000, signing on with the Chicago Bulls. After four years, he went to play for the New York Knicks.

In 2008, Crawford played with the Warriors for a season before going to the Atlanta Hawks and the Portland Trail Blazers. He played for the Clippers from 2012 to 2017, his longest tenure with any team. He also played with Minnesota and Phoenix for two seasons before being waived.

Crawford signed with the Brooklyn Nets in 2020, prior to the NBA Bubble. He will return with the Nets in the upcoming NBA season. As a three-time NBA sixth man of the year, he could surpass all the players on the list if he plays for two more seasons.

Karl Malone is one of the greatest NBA players to never win an NBA Championship. Malone entered the league in 1985 and joined the Utah Jazz, becoming an All-Star early in his career. By 1997, Malone became a league MVP.

Malone could’ve won an NBA Championship, but he encountered Michael Jordan and the Chicago Bulls in consecutive finals in 1997 and 1998. He won the MVP again in 1999.

After 18 years with the Jazz, Malone spent his final season with the Lakers, where he almost won a championship. He and the Lakers lost to the Detroit Pistons in the 2004 Finals. Malone was a two-time MVP and a 14-time NBA All-Star.

Tim Duncan is one of the greatest NBA players in history. He joined the San Antonio Spurs in 1997. Duncan spent the entirety of his career with San Antonio, winning his first NBA Championship just two years into his career. He was even named Finals MVP.

Since then, he won four more Championships, forming a dominant trio with Manu Ginobili and Tony Parker. His last Championship came in 2014 when he beat the Miami Heat. Duncan was a five-time Champion, three-time Finals MVP, two-time league MVP, and a 15-time All-Star.

Do all the players have surpassable records?

Players in the league right now that can surpass the names mentioned in the list are few and far between. LeBron James and Carmelo Anthony will enter their 18th seasons, respectively. If the two can continue playing at a high level, they could possibly surpass the names on the list.