“Going Through Something That is Unimaginable”: La La Anthony Opens up on Supporting Vanessa Following Kobe Bryant’s Death

Kobe Bryant was just another kid when he entered the league.  He achieved many great things in his 20-year long career and retired as an NBA legend. The ‘Black Mamba’ earned every accolade that a player could ever want, but sadly, he left the world too soon.

Kobe and his daughter Gianna Bryant were victims of a horrific accident back in January. Kobe’s wife Vanessa Bryant was left heartbroken by the tragic accident, and who wouldn’t? Losing both your husband and daughter is something unimaginable!

However, after almost eight months of sorrow, fans got to see her laugh courtesy of La La Anthony. La La is Carmelo Anthony’s wife, but before that she is Vanessa’s friend. And in these last months of agonizing pain, she has been with Vanessa at every step.

Recently, she La La appeared on Entertainment Tonight, where she talked about how she helped Vanessa through these tough times. She was asked of her recent TikTok challenges with Vanessa. The videos went viral on the internet for all the good reasons.

“To see her [Vanessa Bryant] smile and laugh to me is the greatest feeling, just for her to have those moments. Whether they are quick moments or not, for her to be able to have that. So, I’ll continue to bring the fun and the laughter.

Having a friend like La La is definitely something that Vanessa can use right now. As La La said, friends are there for you in both thick and thin.

A look back at the relationship of Kobe Bryant and Vanessa 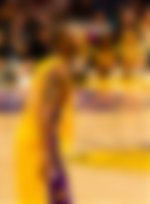 Kobe and Vanessa met back in 1999 when Kobe started to become a household name in the league. But Bryant met Vanessa in a unique manner. He was also trying out his luck in the music industry back then. And that’s where Kobe found the love of his life and best friend.

Not long after that, Kobe and Vanessa tied the knot in 2001 and got married. Although Kobe spent most of his time while playing in the NBA, he never failed to give time to his wife and daughters.

When Kobe retired in 2016, he and Vanessa divided the task of parenthood equally. But now, Vanessa is left all alone without her life partner.

It is friends like La La Anthony and Pau Gasol that have helped Vanessa during these tough times. And surely, they will keep lifting the spirits of Vanessa in the future too.