WATCH: The Top Shocking Moments of Roman Reigns in WWE

After several weeks of speculation over who will take over as head coach of the Brooklyn Nets, the hunt has ended. It has come as a major surprise to many that Hall of Famer Steve Nash has been signed as the Nets’ new coach. This will be his first hands-on experience as a coach, and that too, for four long years.

Nash has previously worked as a player development consultant for the Golden State Warriors. This is why the Warriors’ head coach, Steve Kerr, was one of the first to congratulate Nash. Other than that, Kerr also spoke about Nash’s relationship with Former Warriors player, Kevin Durant.

Was the Durant and Nash bond a reason for his appointment as the head coach?

What made the Net’s vacant Coach position so attractive was the talent that it had up to the brim. This included former Kia MVP and Finals MVP Kevin Durant, along with All-star guard Kyrie Irving. What’s most fascinating is that Durant and Steve have shared an amazing bond since way back.

During Durant’s time with the Warriors, both of them were always seen working together. Whether it was after a practice session or even before a game. This connection began when Nash’s tenure as a point guard with the Phoenix Suns had ended. They both were constantly seen working out with one another.

Steve Kerr commented on Nash and Durant’s relationship and said, “I think Kevin has great respect for Steve because he watched him growing up and then played against him late in Steve’s career. There’s an inherent respect. Mutual respect.” This has probably weighed in on why the Nets wanted him and why he also agreed to this job.

Steve Kerr on Kevin Durant's relationship with Steve Nash: "I think Kevin has great respect for Steve because he watched him growing up and then played against him late in Steve’s career. There’s an inherent respect. Mutual respect.”https://t.co/TyME1Q2R82

The Nash and Nets partnership is expected to do wonders. Nash bagged two rings during his five-year tenure with the Golden State Warriors. He can definitely achieve the same with the Nets as their coach and juice as much talent as possible from key players like Kevin Durant and Kyrie Irving. 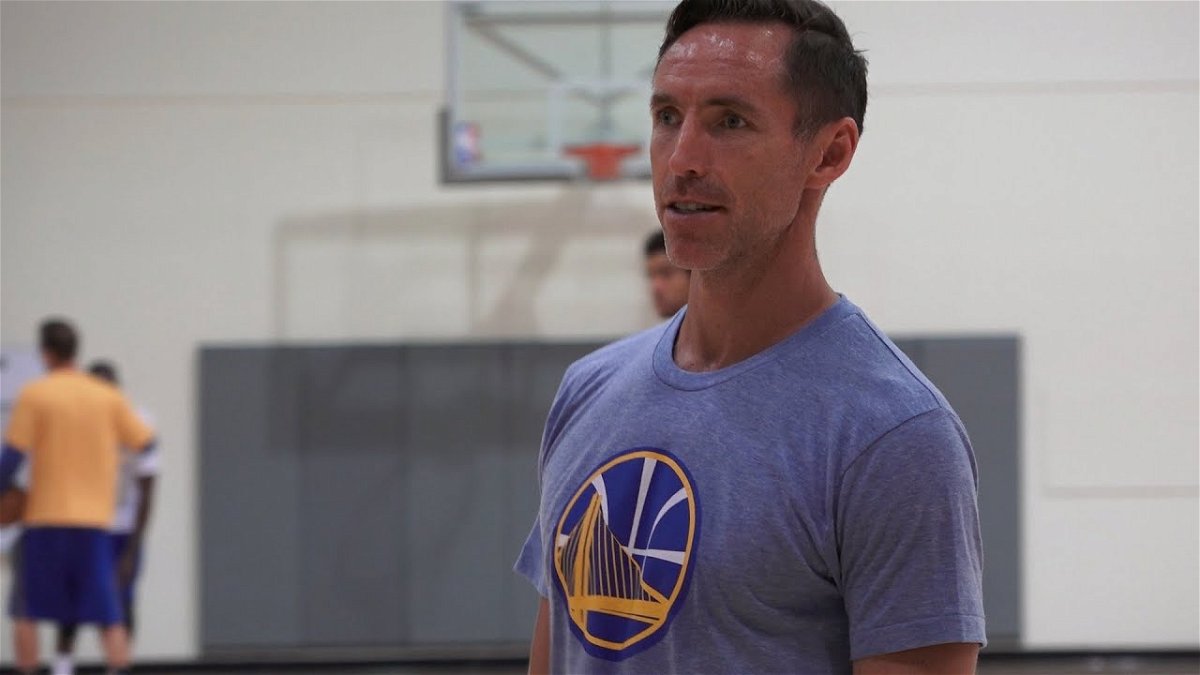