The 2010s decade saw a new team emerging from the shadow to assert their dominance in the NBA. More than dominance, it can be said that they built a mighty dynasty. When Steve Kerr joined the Golden State Warriors as their head coach in 2014, did the fans predict the greatness he would go on to achieve?

Well, the captain of the ship himself got the feeling only late in his first season when the Warriors were extremely good under him. Kerr joined 97.5 The Game over a phone call and narrated the story of how he predicted the Warriors’ greatness during a moment in the 2015 Conference Finals.

This is what Kerr said as transcribed by Alex Didion of NBC Sports. “For me, the moment was when we beat Houston in the West Finals in 2015. We had maybe a 12-point lead with about 45 seconds left, and I was standing up near halfcourt, kind of leaning against the scorer’s table.” 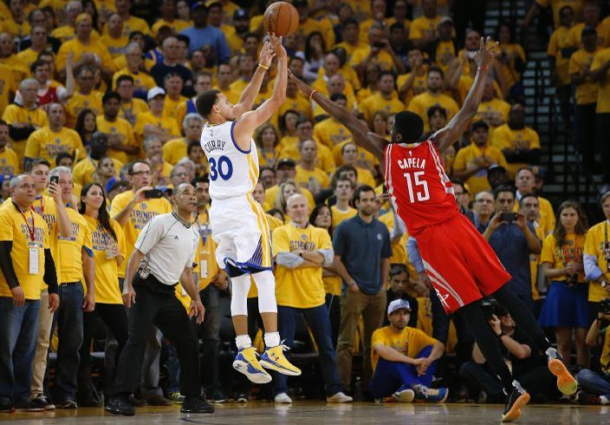 “There was a dead ball, and that was the moment when we realized we were going to win, the crowd realized it, our team realized it. And I just soaked it all in, I remember just looking (at) the entire panoramic view around Oracle and just soaking it all. It was such an incredible moment to be heading back to the Finals for the first time in 40 years.”

It was indeed an incredible moment for Kerr and his team as they went on to win the championship for the first time in 40 years. The magical moment came when the Golden State Warriors beat LeBron James and the Cleveland Cavaliers in the finals.

When Kerr was handed the responsibility of leading the Bay team in 2014, he had little experience as a coach. However, ever since, Kerr has become the most successful coach in the team’s history. He was incredibly good in his first year, notching up 67 wins, setting a team record. The record also marked the first time the franchise ever won more than 60 games in a season. Fair to say Kerr changed the tide when he walked in. 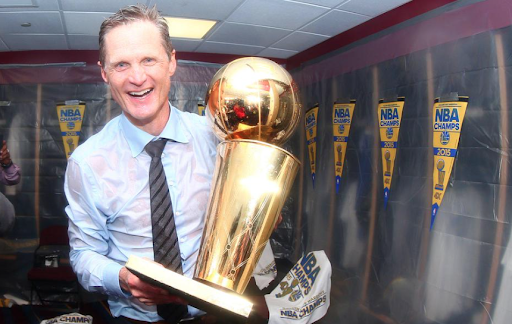 With a powerful lineup comprising Steph Curry, Klay Thompson, and Kevin Durant, Kerr led the Warriors to back-to-back glory in 2017 and the following year. The Warriors were on course to achieve the historic three-peat in 2019. But Kawhi Leonard and the Toronto Raptors came in and spoiled the party. The Canadian team dramatically secured their maiden title in the league’s history.

However, the Warriors of the 2010s will go down as one of the greatest teams of all-time. They even have the best regular-season record in history, when they went 73-9 in the 2015-16 NBA season. Kerr and his side have made the finals every year since he took charge. An impressive stat indeed which also makes him unofficially the best coach of the past decade.