As the protests across the country continue, NBA players are taking it upon themselves to become voices of change. Recently, several Golden State Warriors players, including Stephen Curry, came out onto the streets to take part in the ‘Walking in Unity’ march in Oakland.

Stephen Curry amongst the Warriors for justice

While some started chants of “Say his name!” and “Say her name!”, others responded, “George Floyd!” and “Breonna Taylor!”

What the Stephen Curry and the Warriors marched for

GSW forward, Joan Toscano-Anderson, who stood at the forefront of the march, revealed why it was being conducted.

“We’re all here for the same purpose, not just for black people. Right now it’s about black people, but for humanity. There are people all over the world being oppressed,”  he said. 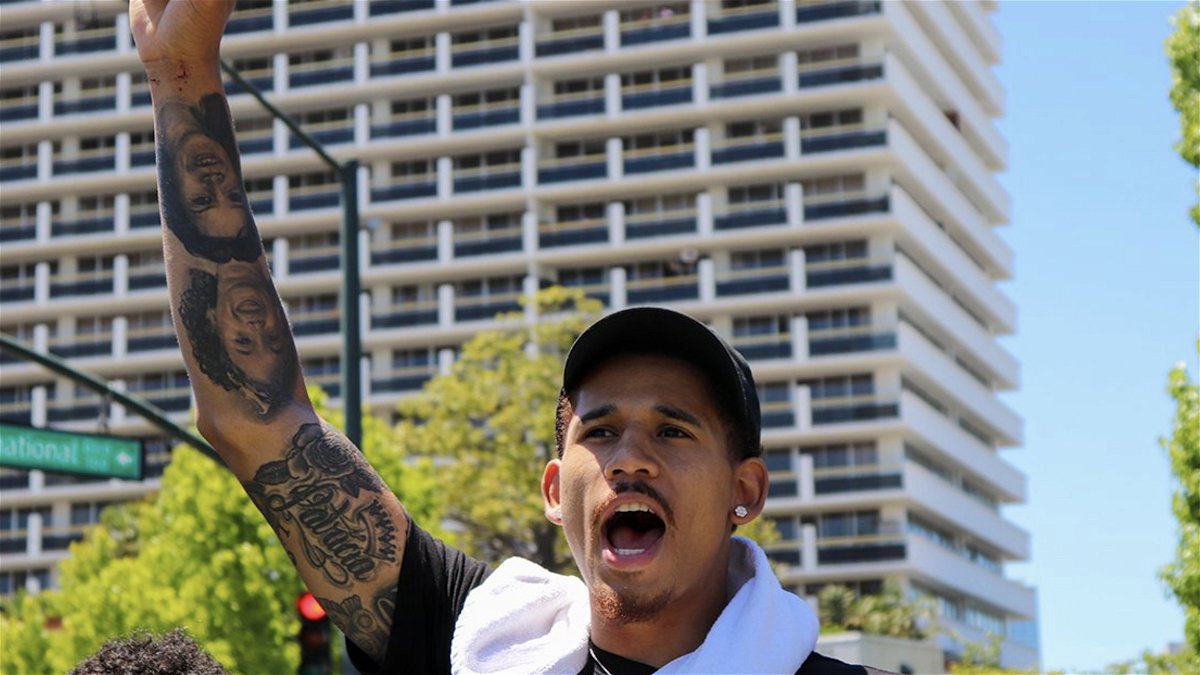 “And we’re just trying to take a step in the right direction and start something, me and my boys, my brothers. Thank you guys for being here.

"Spread knowledge. Share the message. Enlighten people. Educate people. It's a long journey, man. It's a marathon, not a sprint."@juanonjuan10 closes out today's Walking in Unity event in Oakland. pic.twitter.com/i310fVkBUt

Recently, the video of a Minneapolis cop putting a knee on George Floyd’s neck for more than 8 minutes emerged. This resulted in Floyd’s death and triggered the protests. Stephen Curry and many others took to social media to display their anger and frustration.

Curry posted a picture on his Instagram account of this incident. It depicted a lifeless Floyd below the cop’s knee. In the caption, Curry wrote,

“If this image doesn’t disturb you and piss you off, then idk. I’ve seen a lot of people speak up and try to articulate how fed up and angry they are.”

Curry continued about how Floyd didn’t deserve to die. He talked about how even though Floyd pleaded for help; the cops did not relent. Similarly, many other players in the league are speaking up, taking part in the protests and pushing for change.

GSW head coach Steve Kerr displayed his support towards the cause too. He used Twitter and the ‘Flying Coach’ podcast to vocalize the issue and raise awareness around it.

.@SteveKerr on the Flying Coach podcast

“For humanity.”@juanonjuan10 welcomes those attending his Walking in Unity event today in Oakland. pic.twitter.com/Qv91H6ZSCC