Michael Jordan, who is widely hailed as the greatest player of all time, always boasted of an untainted Finals record. MJ played in 6 Finals, never lost a series, and retired with 6 NBA championships.

Moreover, MJ achieved this feat with three-peats on two separate occasions. But before the glory years, even the great MJ struggled to find success in the league.

He had a penchant for racking up individual accolades; however, as a team, the Bulls struggled in the postseason in the 80s. He had to face the Larry Bird-led Celtics and the Bad Boy Pistons, against whom he was tested to the absolute limit.

NBA analyst Nick Wright believes these points should be enough to strike Michael Jordan’s name off the list of GOATs.

The case against Michael Jordan not being the GOAT, according to @getnickwright:

1. Loser without Pippen
2. Never once beat Larry Bird
3. Could never beat a Super Team
4. The East was terrible
5. Everyone won rings on his watch

Nick went as far as calling MJ a “Loser without Pippen”. In a way, this point stands true: MJ couldn’t get past Isiah Thomas and his team until Scottie Pippen bloomed into a legit second option.

Moreover, due to that rivalry, Isiah, in “The Last Dance”, revealed that he believed it played a major role in him not being picked for the 1992 USA Dream Team. Thomas even replied to Nick’s take on Twitter, saying, “Goat debate facts @getnickwright”

One can only imagine that there’s still some bad blood left between the two legends. At the end of the day, Thomas is one of the few players in NBA history who has a winning record against MJ.

Michael Jordan vs Isiah Thomas: More than a rivalry? 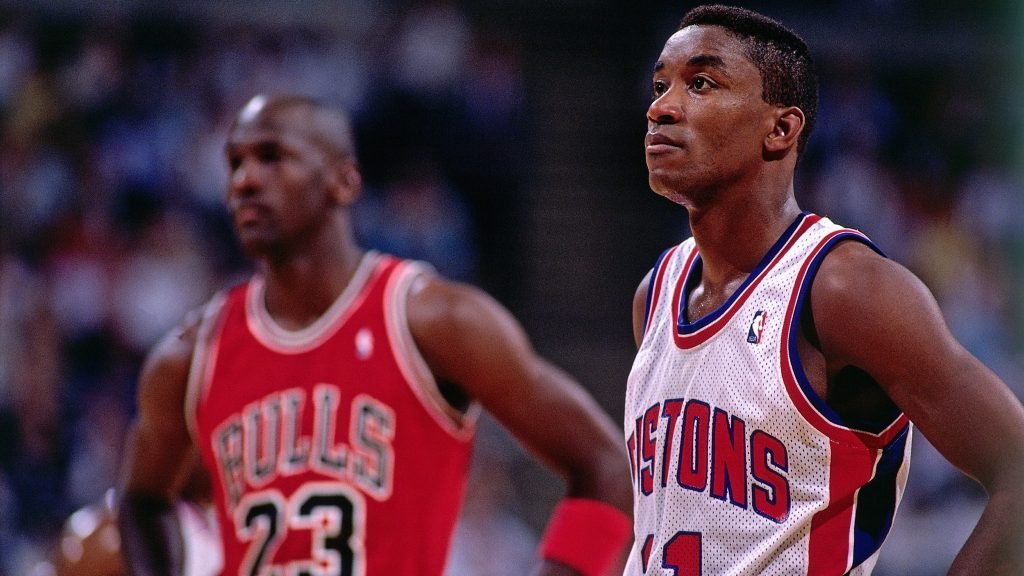 During the late 80s, the Bad Boy Pistons had a specific strategy to stop MJ in his tracks. They played extremely rough basketball, being all the more physical whenever the ball was in Jordan’s hands.

All things considered, this strategy worked out pretty well for them as they won back-to-back championships to close out the decade.

However, MJ soon buffed up to handle the rough and tough style of the Pistons in the 1990-91 season, finally overcoming arguably the biggest hump of his career.

From there, Jordan went on to complete his first three-peat and dominated the entire 90s decade. In the 22 playoff games that Jordan and Thomas played head-to-head, the latter came out on top with 12 wins and 10 losses.

But what do you think about Thomas’ alleged dig at MJ? Would the story be different if Scottie had developed into a superstar or not?