The 2003 NBA Draft Class was one of the best classes ever. With LeBron James, Dwyane Wade, Carmelo Anthony, and Chris Bosh, it was overflowing with talent. But interrupting these four future Hall of Famers was Serbian Darko Milicic, who was drafted at #2 by the Detroit Pistons.

However, not many were surprised at that time. After getting the second pick in the draft lottery, Detroit President Joe Dumars had issued a statement saying, “He (Darko) or Carmelo Anthony would look good in a Pistons’ uniform. I’m going to be politically correct here. Either one of them would do well with us.”

But Mike D’Antoni went a step further. Then an assistant coach with the Phoenix Suns, he said he preferred Darko over LeBron. He said the Serb would be a better player than James in three to four years. He also said Darko “has more skills and can play more positions.”

Comparing LeBron James and Darko Milicic over the years

In Detroit, Milicic was way behind in the rotation, with big men Ben Wallace and Rasheed Wallace entering their prime. He played in just 34 games in his first season, averaging 4.7 minutes per game. After three seasons with the Pistons, he was traded away to the Orlando Magic. After poor spells everywhere he played, he retired from the NBA despite being only 28. He never fulfilled the potential he had and will go down as one of the biggest busts in NBA history. 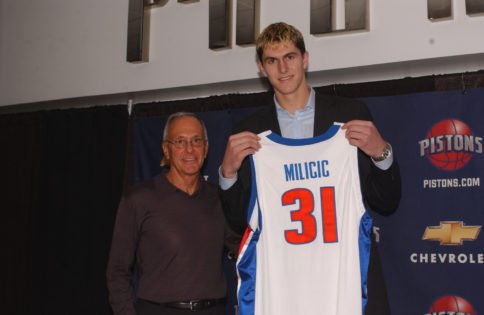 On the other hand, LeBron James was immediately the star on his team. He played almost 40 minutes per game in his rookie season and started in all the 79 games he played. He won Rookie of the Year after averaging 20.9 points, 5.5 rebounds and 5.9 assists. Unlike Milicic who left at 28, LeBron is now 35 and is still playing at the highest level, consistently being one of the best players in the league. There are few players who have managed to have a consistent career like him, one which has spanned over 17 years now. 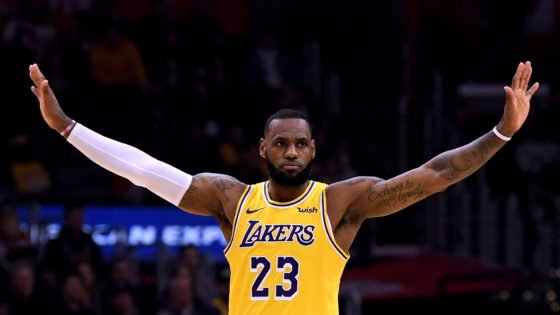 So D’Antoni ended up being brutally wrong. Milicic ended up being branded as the Human Victory Cigar, signifying how he would just be subbed into games the team had no chance of losing. On the contrary, after four MVPs and three rings, LeBron has earned the moniker King James for a reason.