With the NBA set to resume soon, the focus shits to the fitness of the players who have had an unplanned mid-season break. Dallas Mavericks star Luka Doncic seems to be among those who aren’t fully fit. His trainer Jure Drakslar revealed Doncic has not been in shape saying it is the case for many other NBA players.

Drakslar believed although Doncic is not in the best shape, there is still enough time for him to recover.

“Most players struggled to stay in shape. Doncic is no exception. We understand his role in Dallas. Luka is improving every day. He puts in a lot of effort. He has completely dedicated himself to be ready.”

“He is not in the best shape, which is normal. NBA games will not be played before the end of July, so there is enough time to help him recover and get ready.

Luka Doncic will be important for Dallas Mavericks’ fortunes this season

The NBA has finalized their proposed format for the league’s restart with 22 teams taking part. The games will be taking place in Oakland with all the players staying quarantined there. Among the 22 teams, 13 will be from Western Conference while nine from the East.

Prior to the league’s suspension, Dallas Mavericks were seventh in the Western Conference with 40 wins- just four less than the second-placed Los Angeles Clippers. Their sophomore Luka Doncic had been their go-to man. The 2019 rookie of the year has transformed into a star played only in his second season. Many times, Mavericks have also been guilty of being dependant on one man. 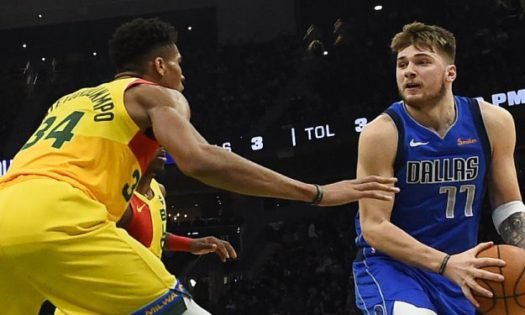 Doncic became the youngest player to post consecutive 35-point triple-doubles in November. His amazing run also saw him break the record for the most consecutive games with over 20 points. He has averaged 28.7 points, 8.5 rebounds, and 7.1 assists per game this season.

He would, undoubtedly be an important player for the Mavericks to compete deep into the post season and will want him fit.