James Harden and the Houston Rockets suffered defeat in Game 4 against the Thunder. This fixture has been an entertaining one, considering how OKC has bounced back from an early 2-0 deficit. However, Harden being the scorer that he is, once again etched his name into the NBA history books with a massive feat.

James Harden posted 32.0 points, 15.0 assist, and 8.0 rebounds in Houston’s loss. Though their team lost the game by three-points and blew their lead, Harden joined an exclusive list with his efforts.

Since 2000, only three players had managed to score 30.0 points and drop 15.0 assists in a playoff game. After last night’s game, Harden entered the list and joined some elite company. Now, only Allen Iverson, Dwyane Wade, Chris Paul and James Harden have all recorded at least one game where they got thirty points and fifteen assists.

The Beard joins Allen Iverson, Dwyane Wade and Chris Paul as the only players with a 30p/15a playoff game since 2000. pic.twitter.com/6OjoGf4qcY

That is certainly a monumental feat for Harden, and an expected one, looking at how he’s racking up the points. Though the series is now tied, Harden as an individual player has been outstanding throughout.

‘The Beard’ is averaging 32.0 points and 8.7 assists in the series so far. There’s no doubt that he can take the Rockets past the Thunder and into the second round. Moreover, with his 6-15 three-point stat from Game 4, James Harden has climbed places in the most three’s made in playoffs.

Harden’s one of the best three-point shooters the NBA has ever seen. His spectacular style and his long-range ability is a towering factor behind his greatness. The 30-year-old made six 3-pointers in Game 4, which pushed him two places in the all-time playoffs 3s list.

Steph Curry leads the list with 470 three-pointers made in 112 games. While that is an insane stat, where does Harden stand in this list? Well, with his effort against the Thunder, James Harden has now played his way into the eighth spot.

He is just behind Kevin Durant and will probably eclipse him before this season ends. Moreover, Harden went past Kobe Bryant and J. R. Smith on the list, who both are tied at 292 three-pointers made in the playoffs. 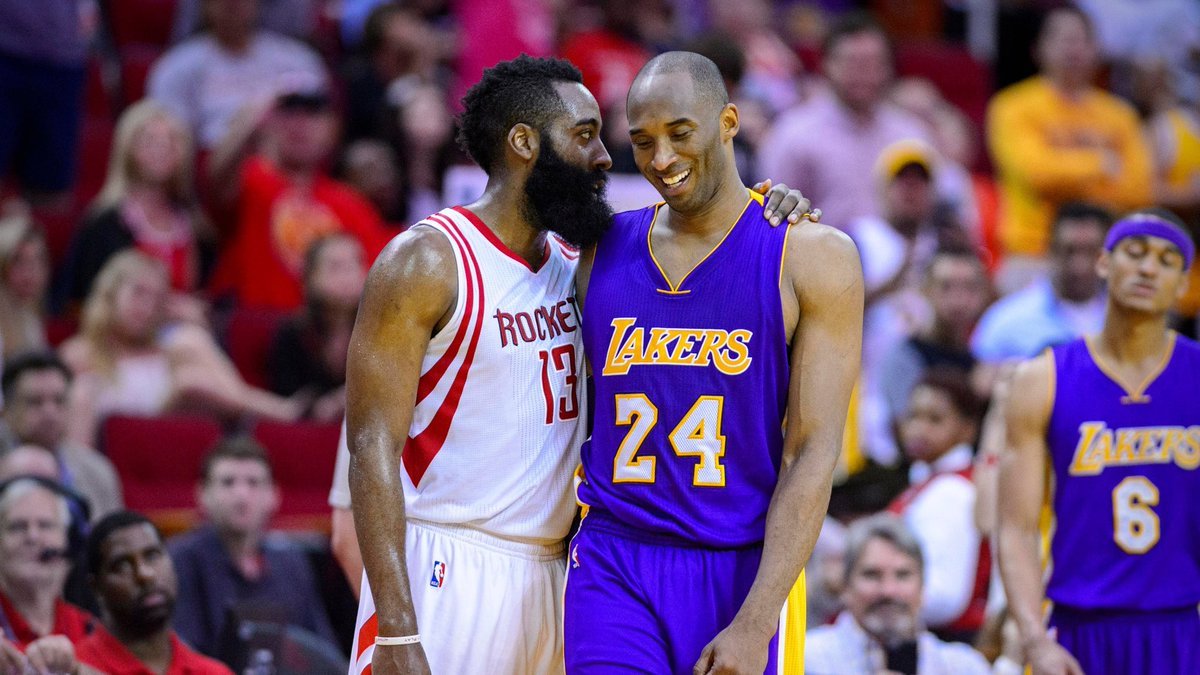 James Harden now has 295 three-pointers in 120 playoff games. He still has a long way to go before he can get close to Steph Curry. However, passing Kobe on the list will certainly be an emotional one for Harde. Doing it on Mamba day, on 8/24 makes it extra special.