Michael Jordan shocked the world when he announced his retirement from the NBA shortly after winning his first three-peat. Jordan expressed his desire to quit basketball, citing he had lost the love for the game.

He then put forth his decision to pursue baseball with the Chicago White Sox, which sent everyone into a frenzy. Only Jordan could do that. Quit from a sport in which he was on the top to pursue another, from scratch.

The White Sox put Jordan into their minor league system. Jerry Reinsdorf, who owned the Bulls, was also the owner of the White Sox. He respected Jordan’s decision and helped him sign a contract with their minor league team. Jordan then appeared for the Birmingham Barons, a team in the Double-A minor league. ‘His Airness’ scored three home runs for the team.

Michael Jordan was given an MLB contract

When the news broke out about Michael Jordan coming into baseball, their former GM Sandy Alderson wanted to get him into the MLB and hand him a professional contract with the Oakland Athletics. Speaking to ESPN’s Buster Olney on a recent edition of the Baseball Tonight podcast, he said,

“You recall when Jordan stopped playing basketball and decided to try baseball, and ultimately went down to the Birmingham Barons — the Chicago White Sox affiliate,” Alderson said. “When I heard that was happening, or about to happen, I called his agent right away and said, ‘Hey look, I understand he may be going to Double-A. I don’t even know who the 25th man is on our major league team right now, I will sign him and put him on the major league roster. He’ll be part of our 25-man team. Tomorrow.'” 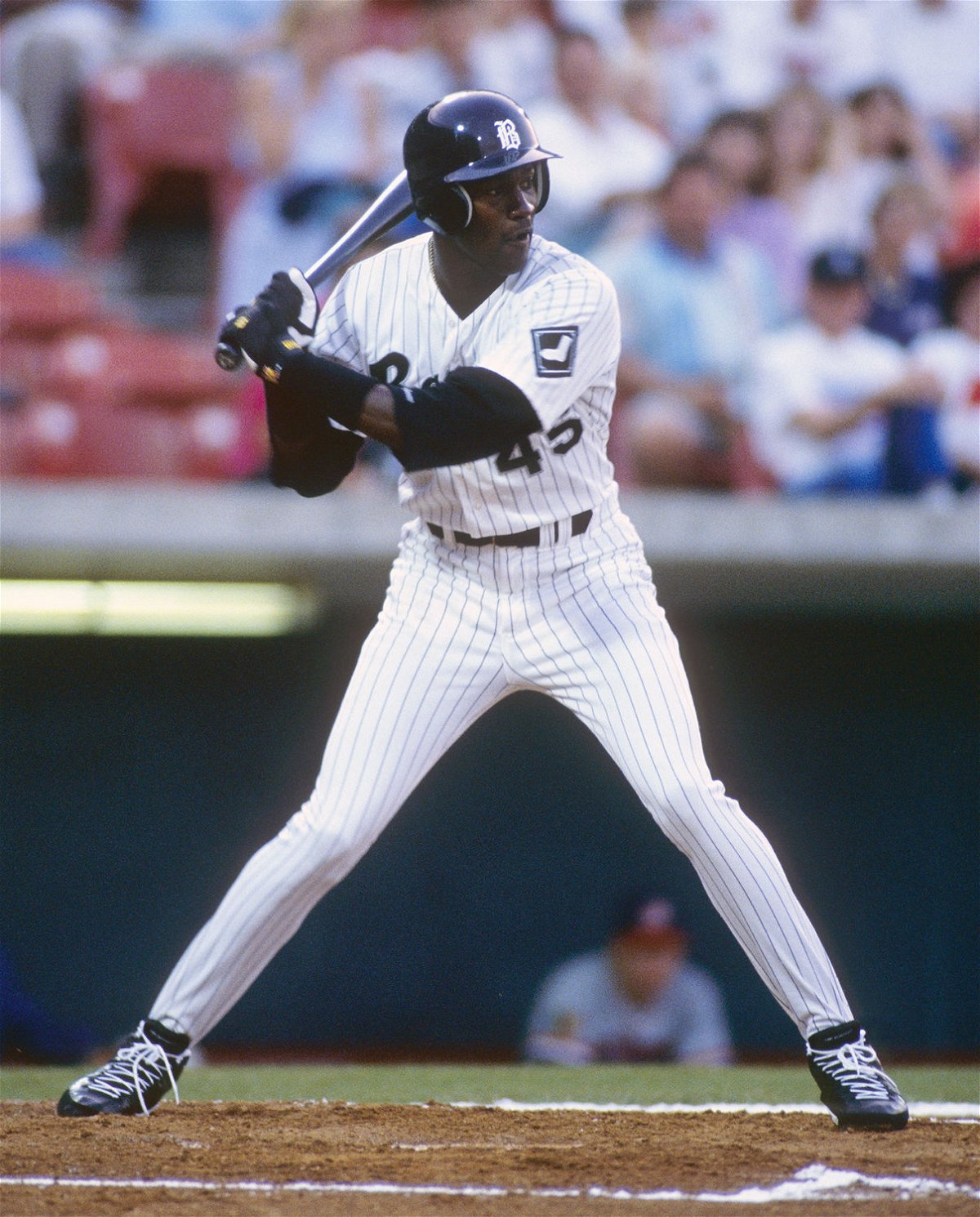 Sounds peculiar, doesn’t it? Well, Alderson wanted Jordan, not for his baseball skills, but for his commercial interest. He could’ve brought in more fans and money into the team. However, a humble Jordan turned down the request from the A’s General Manager. Instead, his approach was to start from the bottom and rise to the top.

However, the baseball idea never worked out for the NBA champ, and he returned to the Chicago Bulls in 1995. A rusty first year after coming back into the team ended without a trophy. The very next year he achieved greatness and repeated the same in 1997 and 1998 as well. Michael Jordan led the Chicago Bulls to their second three-peat in eight years and cemented his place as an all-time great.