Fortnite Bans Players Teaming Up For Only 7 days

The high-flying persona of Kevin Durant has been missing in the NBA since the summer of 2019. With the league postponed and enough recovery time, is the ‘easymoneysniper’ all set to make his flashy return with his new Nets gear this time around?

Kevin Durant unfortunately sustained a torn Achilles tendon in Game 5 of the 2019 NBA Finals between the Golden State Warriors and the Toronto Raptors. The team from the Bay missed the powerful presence of Durant, and they fell to the sword of Kawhi and his fellow Raptors.

Durant signed with the Brooklyn Nets for the 2019-20 season, along with the dazzling dribbler, Kyrie Irving. However, he was forced to sit out the entire season as he had to recover from his injury. KD was aiming for his return in the upcoming season, but the coronavirus has been calling the shots on the return of normalcy in the world.

Kevin Durant to return with the Brooklyn Nets if the season resumes?

Durant will be raring to get back on the court and shoot his hoops. The 2014 MVP announced he will miss the whole of the 2019-20 season because of his surgery. But who could have predicted the impact that the pandemic would bring upon the world?

New Zealand’s Newshub wanted an answer from the Nets GM, Sean Marks. When speaking about the Durant issue, he stated he found it quite amusing that KD could return anytime soon. “That’s a $110m question. In all seriousness, we’ve tried not to talk about his timeline a lot. He knows his body better than anybody.”

Marks dodged the question well and kept the door half-open with his response. “Our performance team and training staff have done a tremendous job getting him to this point, but I just don’t know how coming out of this pandemic will affect anybody, let alone Kevin.”

Durant’s agent Rick Kleiman was also asked the same question posed to the Nets GM. His response was this. “Honestly, not very realistic from my standpoint, and not even spoken about. It feels like it clearly was not something that was in the cards prior to all of this. And now, I think — just like the rest of the world — it’s hard to take anything more than day by day.”

Will the Brooklyn Nets want KD back in the roster for this pushed back season?

Well, just like Marks, we are going to deem it a million-dollar question. The Nets are in the playoff contention currently. The return of Kyrie Irving is also in question with his damaged shoulder.

The team certainly needs a star man and his presence in the team to move further in the playoff stage. But since none of us know when the league will announce their return, it might be a grace period for Kyrie and KD to recover from their incapacities.

“When you’ve got enough invested in a player like Kevin, we’re never going to push him to come back,” Marks continued. “When the timing is right, he’ll be 100 percent when he gets on the court. … I can tell you this though — before the pandemic, he looked like Kevin Durant and that’s a good thing.” 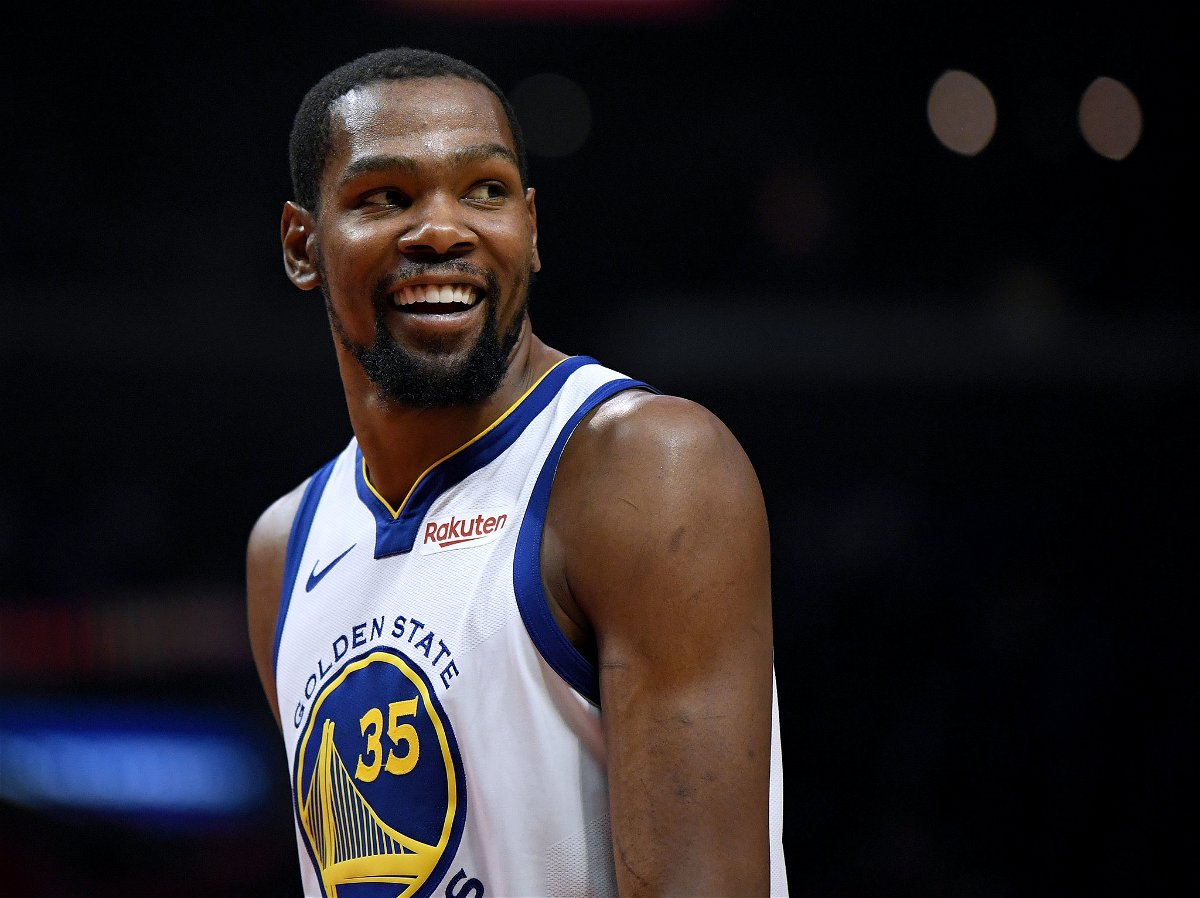 A twist to the tale this way is also exciting. The return of Kevin Durant for this season will provide a huge boost to the Nets. The team has been excellent in terms of performance without KD or Kyrie in the final few games before the suspension. Although their record is not substantial, if KD comes back with full fitness reflecting on the GM’s statement, it is a huge bonus.

The Nets will thrive with his presence on the court. The two-time finals MVP surely knows when to step up in big games. With a player like him on the court, other players like DeAndre Jordan and Spencer Dinwiddie will get their shoes kicking. There is this air of uncertainty in both the league’s return and KD’s comeback. Only time can tell if he will come back this year, or sit out.