The death of George Floyd enraged American citizens to protest for equal rights. People are marching the streets to protest against the severe police brutality and want to abolish racial discrimination from the society. There have been several racial killings in America, and in 2014, Kobe Bryant organized a special campaign to peacefully protest against the killing of an unarmed African-American man.

It was July 2014. NYPD officers approached a man named Eric Garner in suspicion that he was selling loose cigarettes without tax stamps. As the man pleaded his innocence and stopped the cops from arresting him, Daniel Pantaleo, a New York police officer, wrestled him to the ground.

With several officers restraining Garner, Pantaleo choked the African-American man until he lost consciousness. Garner reportedly emphasized “I Can’t Breathe,” as his neck was being choked. A local hospital declared Garner’s death hours after the incident.

People slammed the police for employing brutal force against a person who was yet to be proven guilty. This led to citizens demanding justice for Garner, who had just lost his life due to police brutality. Furthermore, a grand jury decided not to charge Daniel Pantaleo with the murder of Garner, which infuriated people even more. They started protesting on the streets, calling an end to police brutality and racial discrimination.

Kobe organized a campaign, demanding justice for Garner by wearing a t-shirt that said “I Can’t Breathe.” The entire Lakers team wore black clothing before a game against the Sacramento Kings. The campaign garnered a lot of interest worldwide. Every Laker player donned the t-shirt, taking a stand against police brutality.

“I think it would be a serious disservice to limit this to a race issue. It’s a justice issue,” Bryant said, as per the Eric Pincus of the Los Angeles Times. Kobe gave an interview after his team’s win against the Kings and explained his take on the Garner issue.

“I think it’s us supporting that movement and supporting each other,” the five-time NBA champion said. “The beauty of our country lies in its democracy.  I think if we ever lose the courage to be able to speak up for the things that we believe in, I think we really lose the value that our country stands for.” 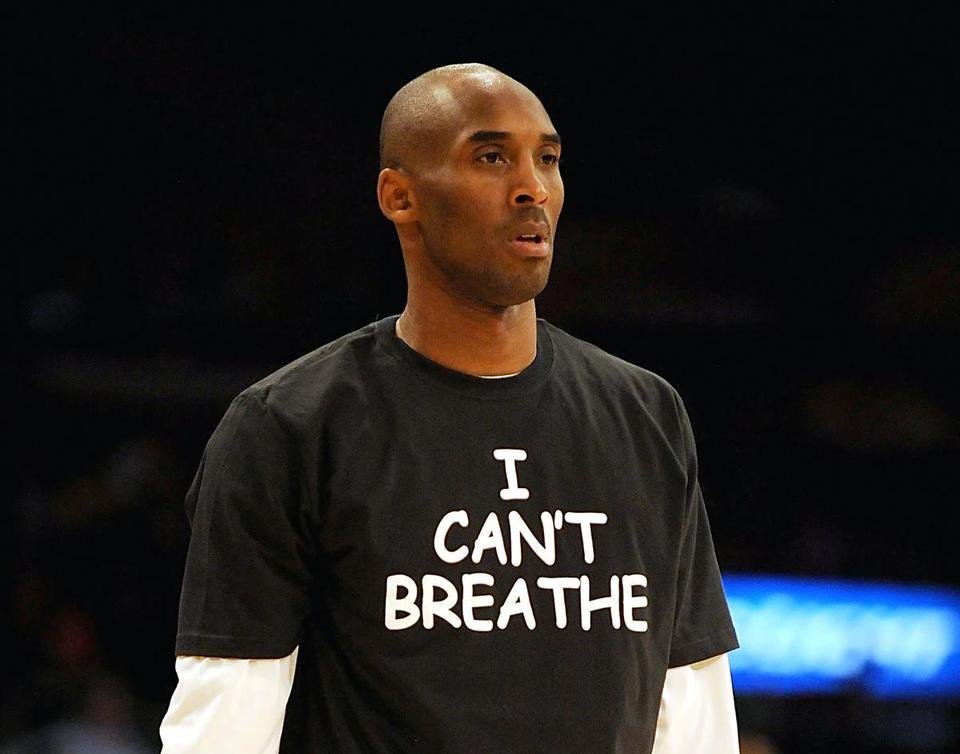 Kobe Bryant maintained his cool after the game and spoke in a decent fashion about the issue and wanted justice for Garner. He revealed his belief in a democratic nation and the freedom of speech. “That’s what our nation is founded on. We have the ability to question these things in a peaceful fashion. That’s what makes us a great country. We have the ability to voice up, we have the platform to speak up and we have the platform to affect change.”

The Laker legend clearly made his views felt in the most pleasing way possible. There was also a video that had surfaced showing the arrest of Garner and the way the police handled him. Speaking about it, Bryant had said, “I didn’t have to research or study too much to look at the video. It’s pretty self-explanatory.”

“There Was No Nervousness”: NBA Veteran Talks About Kobe Bryant and His Mamba Mentality

“I Might Put Him With Kobe Bryant”: NBA Hall of Famer Makes Interesting Claims on LeBron James’ GOAT Stature