“I Googled My Own Name” – Dominic Thiem

Kevin Durant is one of the most elite and legendary Twitter users ever. The entertainment which 2 times NBA champion provides via Twitter is unparalleled. The social media platform, according to the player, is “better than goin to da club…“, and his activity on the site clearly states so. Here’s looking at the top Kevin Durant tweets:

Here is Kevin getting robbed by a dog. Like, really KD?

I #renenberwhen i got attacked by a dog walkin 2 da bus stop…..i got on da bus and i didnt have no lunch money.i got robbed by a dog…SMH

Man I hate when I go 2 sleep and wake up to no messages…some1 aim me….kevinballa33

This tweet is iconic in every sense. KD is shooting his shot, trying to attract the attention of his favorite actress. The player reiterated his seriousness regading the tweet in 2017, when he was a guest on The Bill Simmons Podcast. He doubled down on what his words, saying, “I hope she was aware of it. It is strange now because it made me look crazy, but now it made me look real cool because I would. I actually love Scarlett Johansson, and I would do that. And she’s single now from what I heard”.

Scarlett johanneson I will drink ur bath water…#random

This tweet raises more questions than it can answer. For starters, why?

I'm watching the History channel in the club and I'm wondering how do these people kno what's goin on on the sun..ain't nobody ever been

The man is a classic comedy.

Some wishes are just not meant to be fulfilled.

Somebody get @Rihanna to wish me a happy birthday and I'll be good..ya understand

We can definitely count this under ‘whoopsies’

Now everybody wanna play for the heat and the Lakers? Let's go back to being competitive and going at these peoples!

Durant is not just in the running for the king of funny Twitter. The player knows how to handle trolls and critics with equal ease.

For example, when someone talked about the previous tweet, here is how KD returned the fire. 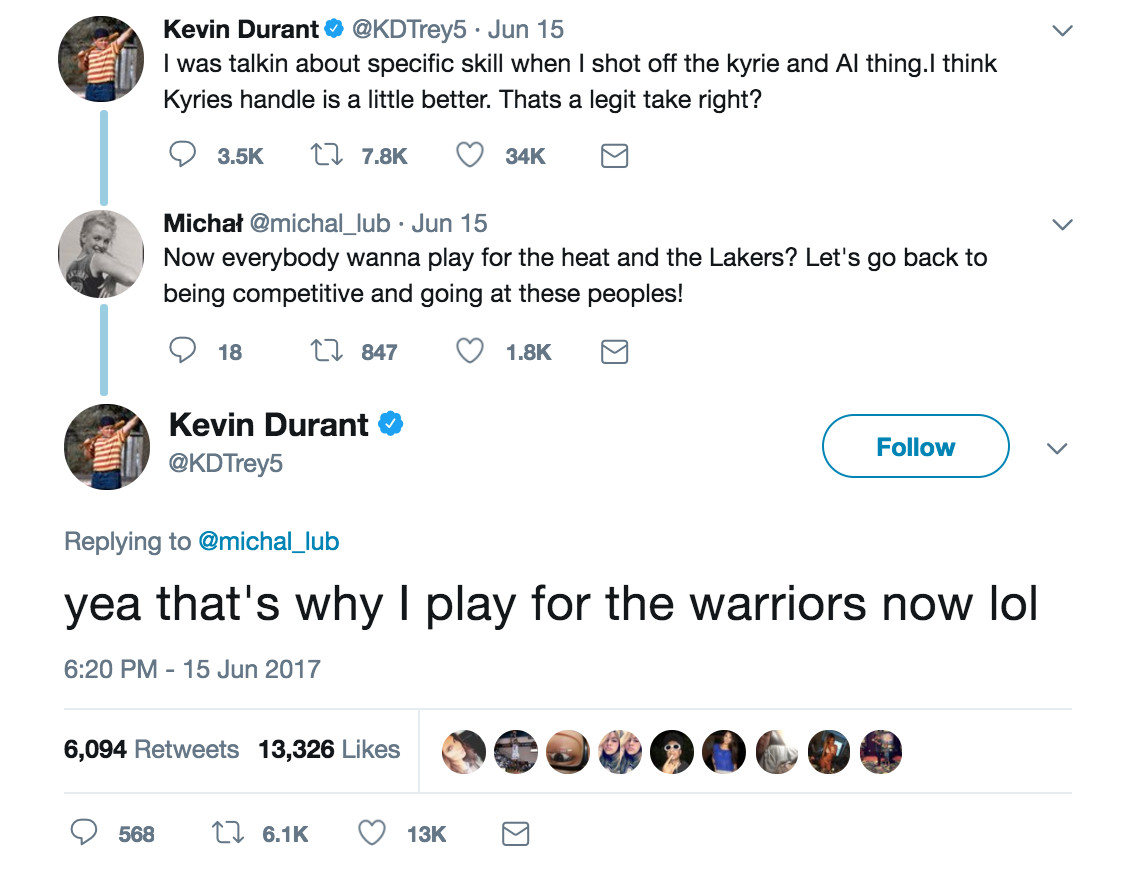 Kevin Durant was subject to severe criticism after the free transfer saga to Golden State Warriors.  But he always rose above all that, at least on Twitter, and replied to people in his classic fashion. Here is how Durant responded when someone questioned his ‘legendary’ status.

Further, when someone questioned his work ethics in comparison with other legends, KD has the perfect response, 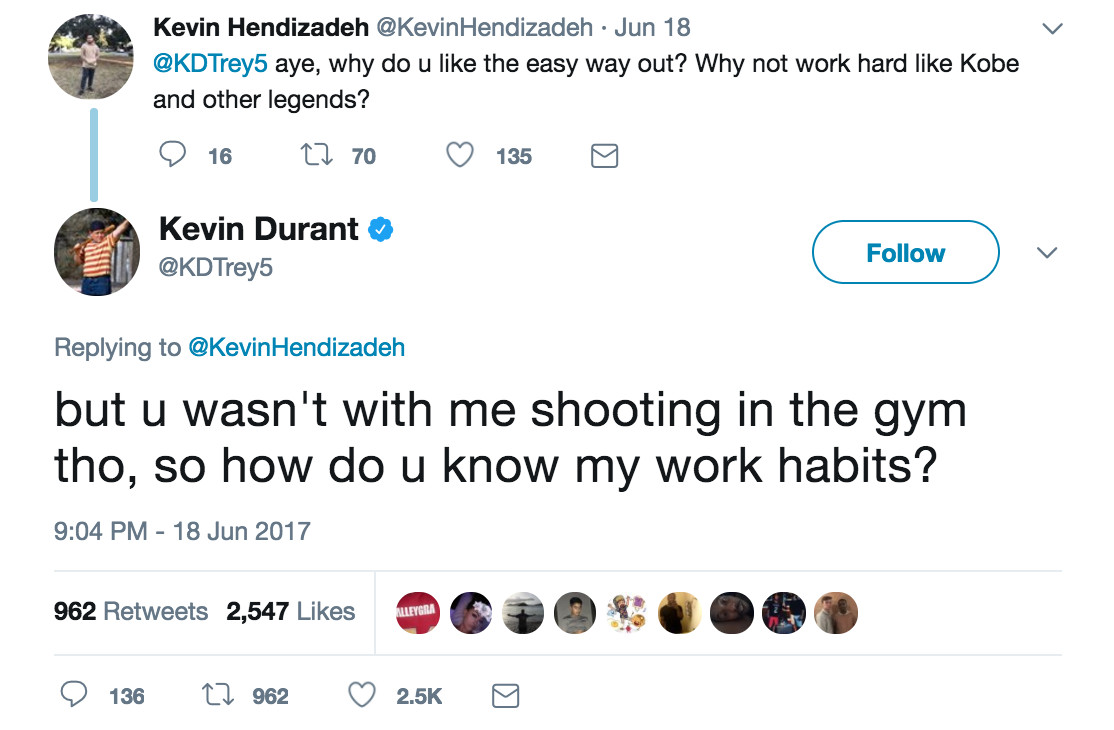 Be right back! *searching Erykah Badu*

Kevin Durant is also not a fan of certain ‘perfection’.

Looks like Kevin Durant is not taking ‘Harden and Paul‘ seriously!! 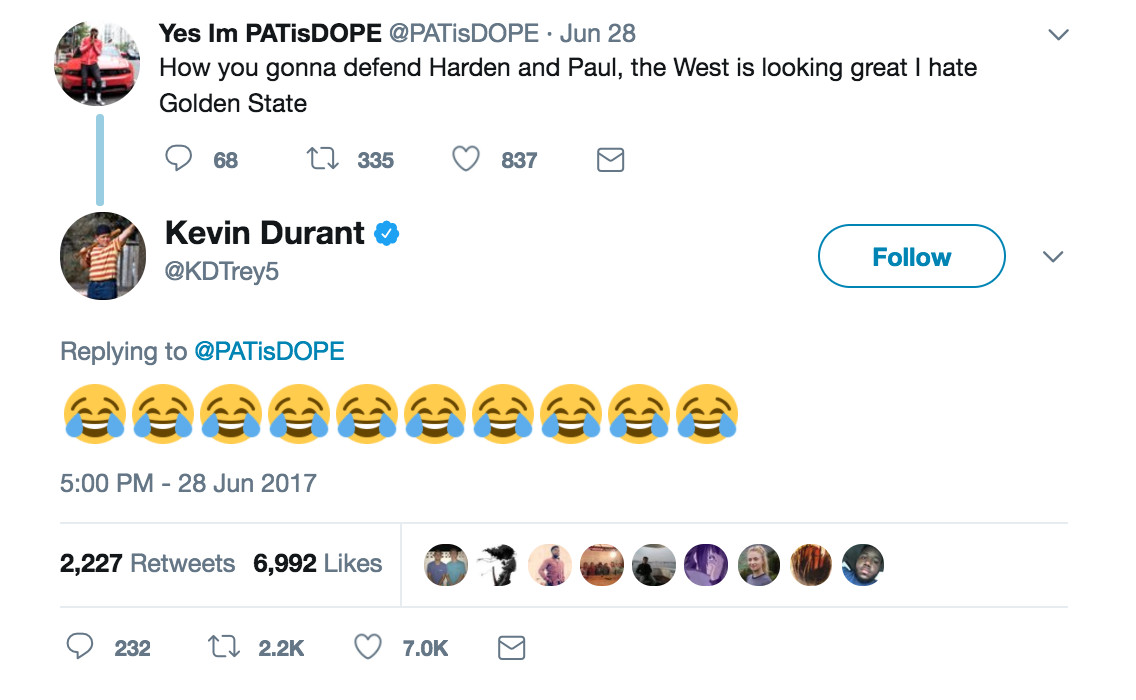 KD is a role player. 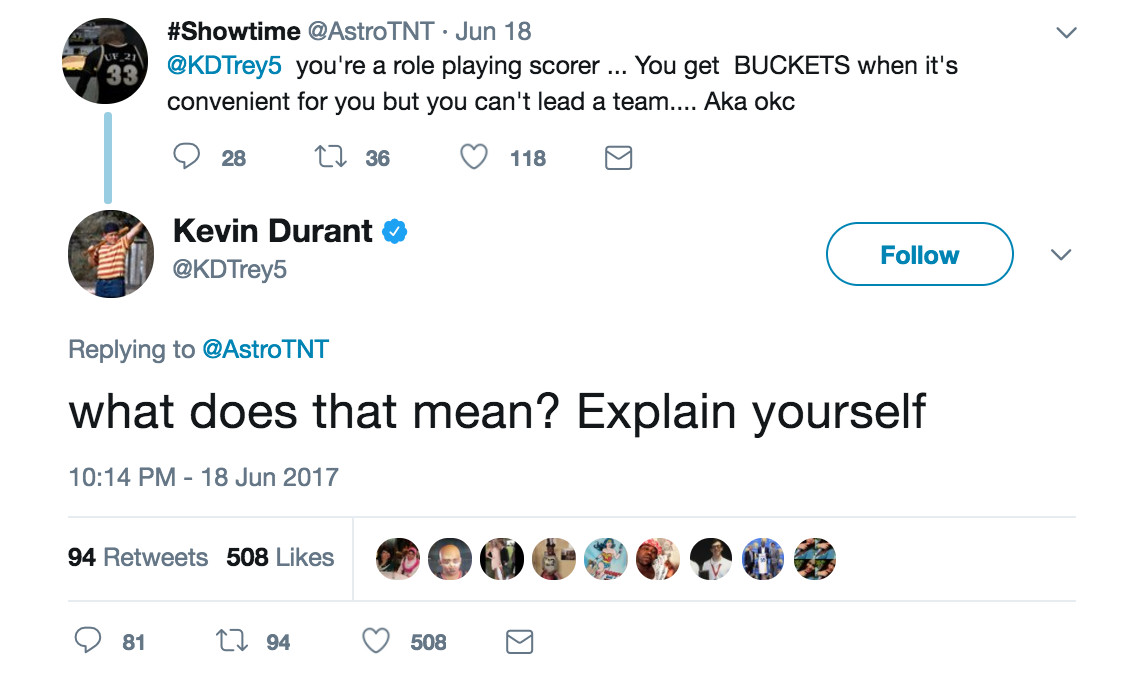 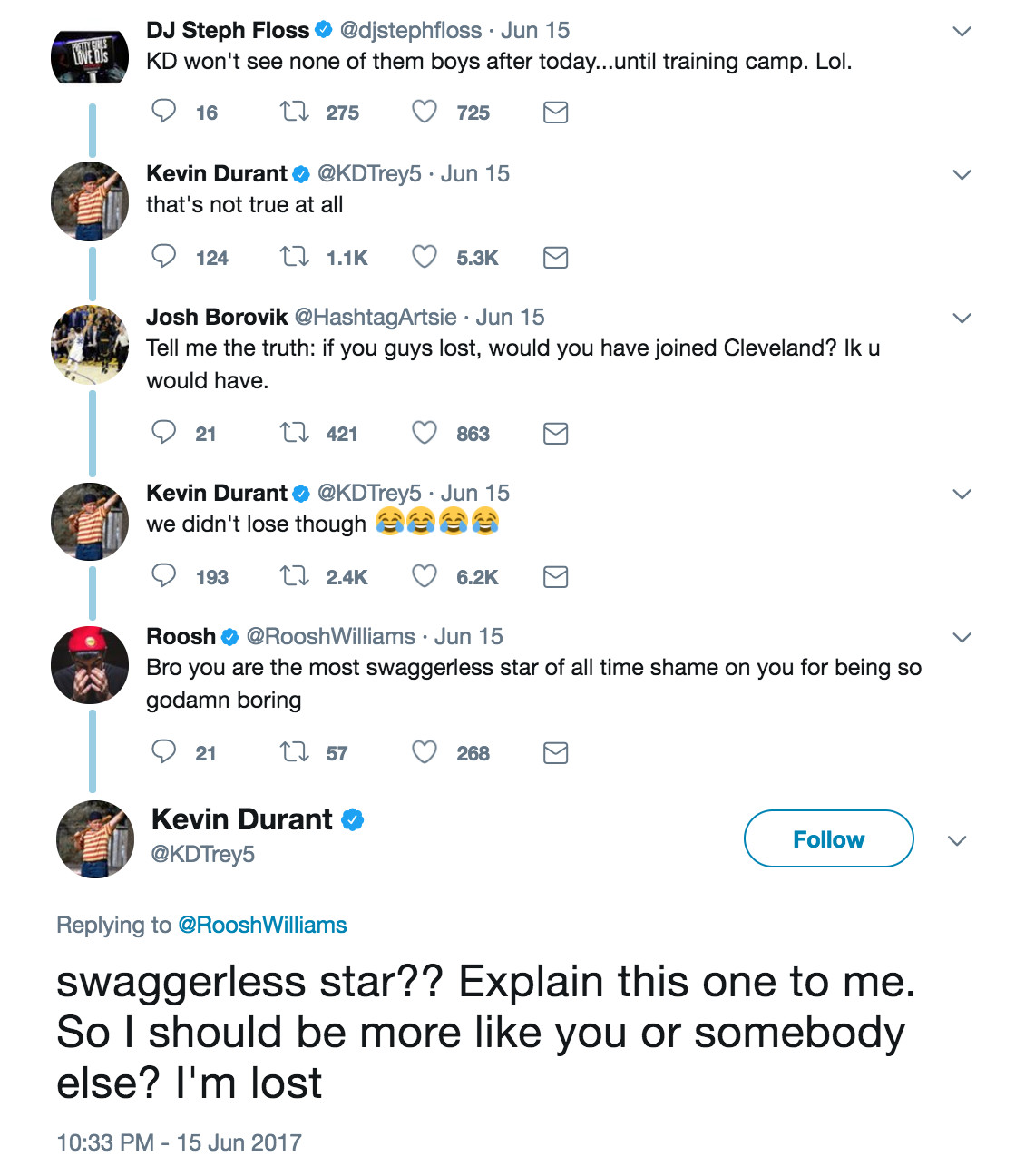 In conclusion, thank you KD for these Twitter memories. 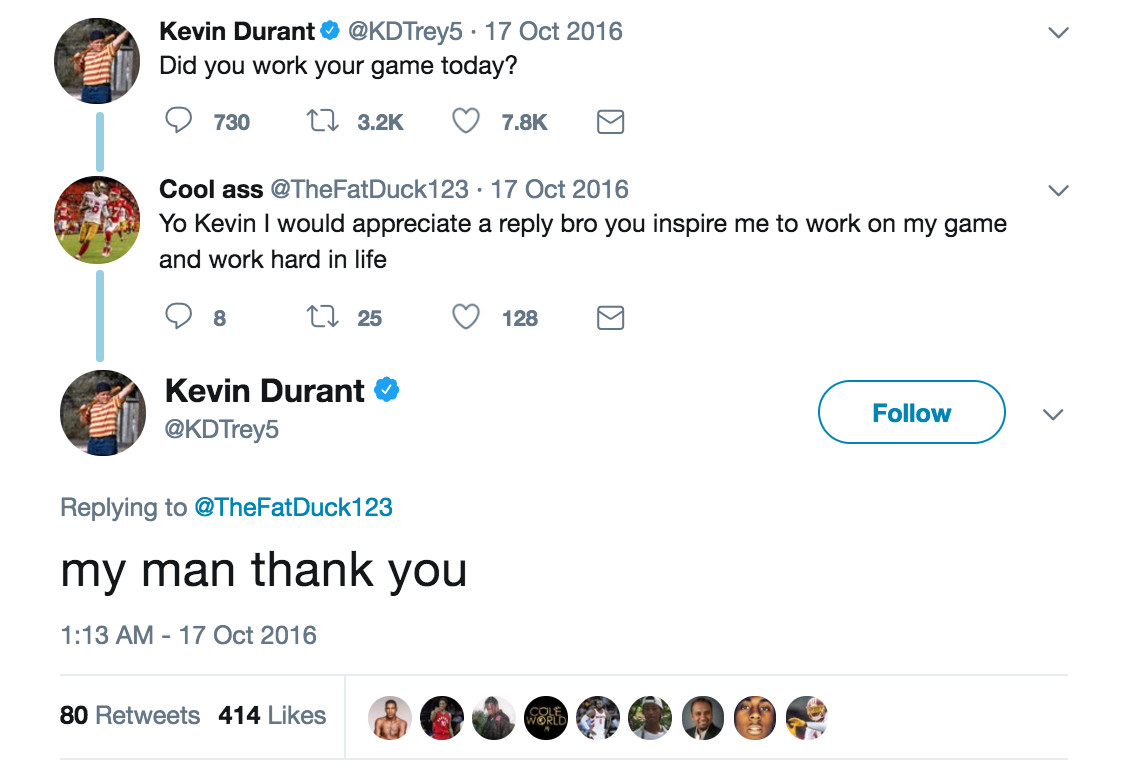