When Kevin Durant joined the league, he had a slim stature, and many believed it would cause him problems down the line. However, fast forward to 2020, Durant is a Top-3 player in the league with a couple of rings to his name.

But are you wondering what teams KD played for during his career? Well, today we will be having a look at this very topic in detail.

How many teams has Kevin Durant played for?

Durant came into the league as a 19-year-old in the 2007 NBA Draft. He was expected to be a top lottery pick and the Seattle Supersonics (now Oklahoma City Thunder) believed in his talents.

They selected him with the #2 overall pick. KD settled in the league right from the start as he bagged the 2007-08 Rookie of the Year award.

Following the terrific rookie season, KD kept on getting better over the next 8 seasons with OKC. He racked up 4 scoring titles and the sole MVP of his career. 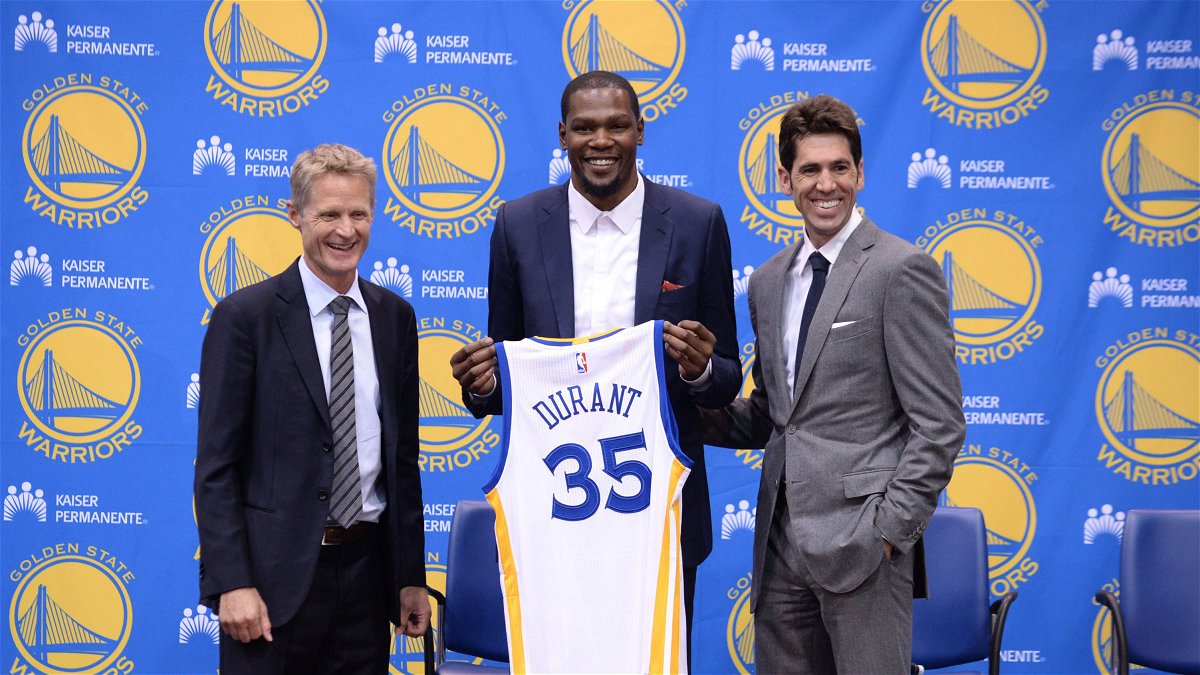 However, KD could never win a championship with Thunder, the closest he ever got was in the 2012 NBA Finals. But his team was handed a gentleman’s sweep by LeBron James and the Miami Heat.

After a couple of more unsuccessful attempts in the Playoffs, KD finally decided it was time to move forward in his career. Durant joined the Warriors in the 2016 offseason and formed the Golden State Warriors dynasty.

Although he received severe backlash for his decision, he won two rings with the Warriors. However, due to an unfortunate Achilles injury, Durant’s absence proved fatal for the Dubs in the 2019 NBA Finals. KD left the Warriors and will be playing his first season with the Nets next season.

Why did Durant leave GSW?

It was all working perfectly for KD and Warriors until he got in a heated scuffle with Draymond Green during the 2018-19 season. While Durant and Green cleared the air regarding the misunderstanding, one cannot ignore the implications of the feud.

Moreover, the Kevin Durant hate was increasing with each year he played for the Warriors. Durant, who was one of the most loved players in the league, embraced the villain role for 3 years.

What’s more, most people disregarded Durant’s two rings with the Warriors due to him playing with a superteam. All these scenarios bottled up and led to Durant’s departure from the Warriors.

Now, he has a chance to redeem himself with the Nets as the league is well-balanced and multiple teams are title contenders.

How much is Kevin Durant worth?

The Slim Reaper has been one of the top players in the league for the past decade or so. Being a top name in the NBA comes with its own perks. According to Forbes, KD makes $28.9 million per annum with his current contract with the Nets.

Adding more value to his net worth are the endorsements worth $35 million. Combining his earnings, KD makes somewhere around $63.9 million per year as of now. He is also the 7th highest-paid athlete in 2020.