The Golden State Warriors were on course to bring in Kevin Love into the team for the 2014-2015 season. Subsequently, they were met with one strong clause put forth by Love’s Minnesota Timberwolves team. The Wolves wanted Klay Thompson in exchange for Love.

A lot of claims were made about the trade and the Warriors were ready to call the shots to send Thompson to Minnesota. But one man’s reluctance put pressure on the Warriors. It was the legendary Jerry West who came up against the trade. West was serving as an executive board member for the Warriors at that period.

West never agreed to the idea of bringing in Kevin Love in the first place. He opposed the idea as the Warriors were developing into a team with a good defensive standpoint and Love’s defensive abilities did not impress the 1972 NBA champion.

Golden State Warriors were posed by a threat from Jerry West

Jerry West hugely opposed the trade and wanted to keep Thompson intact within the team. As per Chris Ballard of the Sports Illustrated, West also threatened the Warriors to make them call off the deal.

“West felt so strongly that, according to one person close to the negotiations, he threatened to resign if the team made the trade. Chances are, West wouldn’t have actually done it—that’s just the way he talks—but when the most successful talent evaluator in league history feels that adamantly about something, it’s probably worth listening.”

West has a lot of experience in the league, and thus the Warriors management had to trust him on his call. The man who stands tall in the NBA logo evidently got it right. Thompson thrived under head-coach Steve Kerr and formed a brilliant partnership with Steph Curry. The duo has helped the Golden State Warriors win three NBA championships so far. 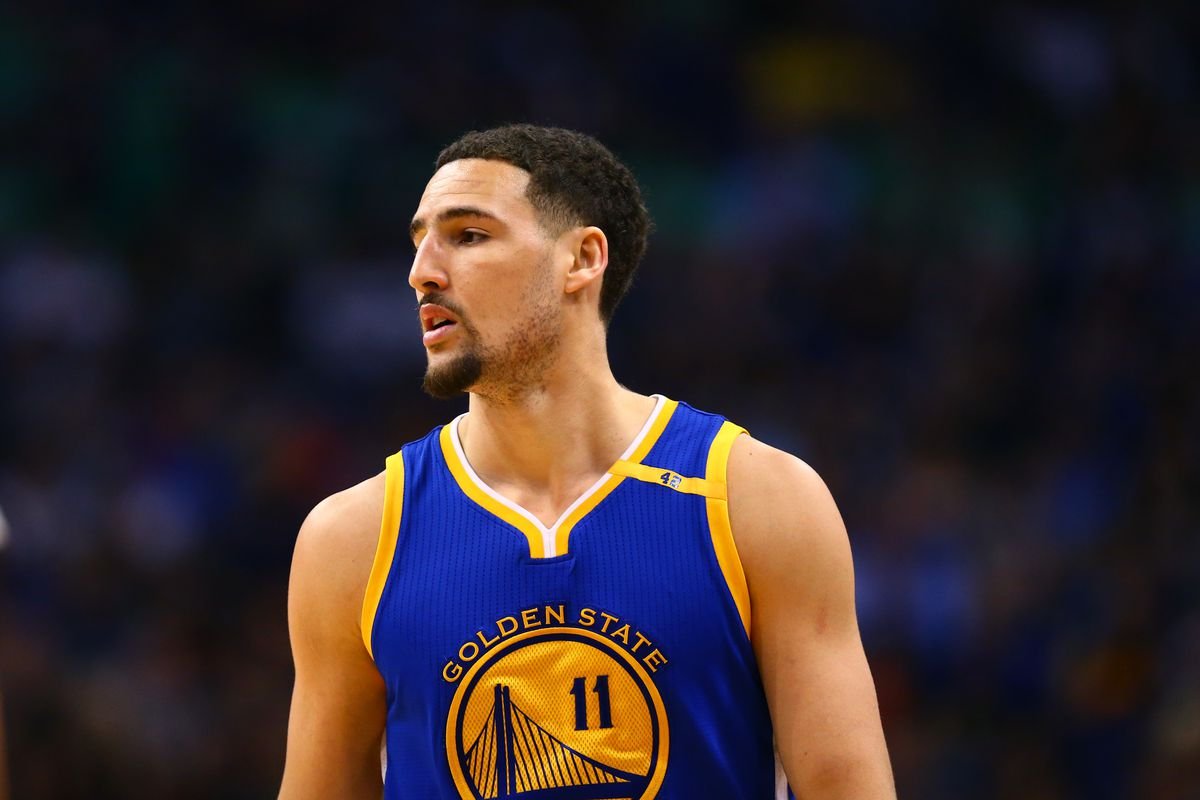 The ‘Splash Brothers’ were also reported to be sent out of the team when the Warriors wanted to trade them for Chris Paul in 2011. Although none of the deals ever happened, the Warriors however did flourish as a strong unit in the NBA.

They found success in Steph Curry and Klay Thompson who established themselves as a reliable defending duo. The pair scored points like it was no man’s job. Thomspon and Curry broke the record for the most three-pointers scored by a duo in NBA history. They netted a massive count of 525 three’s during the 2014-15 season.