If there’s one man who is raging to go back on the court, it is LeBron James. The Lakers superstar has not played competitive basketball since early March. LeBron was a part of the 2008 Olympics ‘Redeem Team’ that won gold in Beijing. In a recent podcast appearance, LeBron dug out a story to educate us about Kobe Bryant’s Mamba Mentality.

The team representing the United States at the 2008 Olympics was a star-studded one. Everywhere you look, you could find an extremely talented player. The man leading the team was Kobe Bryant. The Mamba wanted to put away the team’s loss four years ago and focus on winning gold in Beijing.

Team USA faced off against Argentina in the semi-final stage with a chance to book a ticket to the finals. A team comprising so many stars comfortably swept past the South-American side. But there is one moment from the match that stands out.

During a moment in the game, Kobe Bryant was seen talking trash to his opponent, Luis Scola. As the Mamba is fluent in Spanish, he wanted to engage in an exchange of words with the Argentinian.

But the referee took a note of this and pulled up Kobe to tell him enough is enough. Remembering this incident on the UNINTERRUPTED podcast, LeBron said, “You can’t out s**t talk and play.” He was mentioning how most people only have one attribute better than the other. Either you’re great at trash-talking or you’re a good player. There’s no best in both.

“Mike and Kobe, they can still s**t talk and still beat the s**t, if that makes sense,” he said. Coming back to the Olympic incident, LeBron reflected on the referee’s attitude to have none of it. He was on the verge of giving Kobe a technical foul for his actions. That’s when LeBron James stepped in and said “Kobe all right now that’s enough. Let’s hoop.” These strong words gave Kobe a reality check, and he was once more locked in on the game and not on Luis Scola.

“Kob, man. Rest his soul, man. For him to have that respect in me, that he allowed me to do that, and he just locked back in. It is one thing about players and competitors and things in nature,” LeBron further added. “If you have guys around you that you know work as hard, that commit as hard, if they say something to you, you’re gonna respect it no matter what. And he respected that.”

LeBron James talks about practice with the redeem team

Prior to the Olympics, the team had laid out an extensive plan to find glory at the Olympics, and diverted their entire focus towards it. Out of the 12 players in the squad, ten of them were NBA All-Stars. 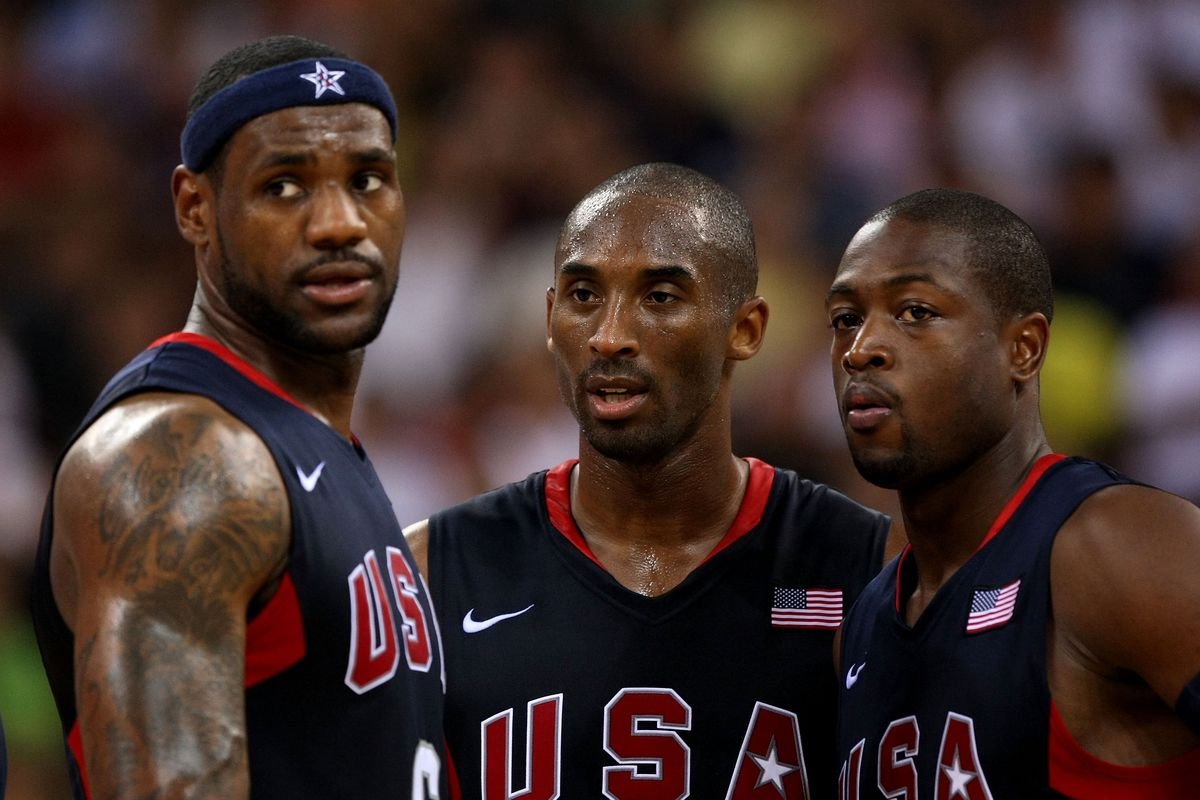 “When you’re dealing with the twelve best players in the world, the practices are harder than the game. We like hard practices, like competitive,” James began. “These are the best times. It is me, Kobe, Wade, Melo, Dwight, CP, Bosh, Deron Williams, J Kidd, like these games we are in practice and we are literally beating each other up.”

With every one of the team possessing a special talent, it was bound to get competitive. The players took the tag of “redeem” in a personal manner and would go after each other at practice. “We the redeem team, so we have no choice, but to win gold,” LeBron said. “So we can’t literally kill each other in practice, but we used to go at it.”