A regular NBA season demands active players play 82 games. This leaves them with a very slim breathing space and remains very taxing. Still, we have some wonder boys in the NBA who squeeze out some time to follow a side hustle. Lakers’ player JaVale McGee is one such personality who knows better than an average person about maintaining work-life balance.

He runs a stunning vlog that has garnered him hundreds and thousands of fans. His YouTube channel has 493K subscribers as of August 4, 2020. That is phenomenal for a professional athlete. Having a huge Instagram and Twitter following is one thing, but building a vlog channel from scratch is a different ball game.

Lakers’ center reveals what pushed him to make these videos

His Los Angeles Lakers teammate Danny Green asked him about the inspiration to start with a vlog. The Lemonhead replied, “I used to do it all the time and just put it on YouTube when I was younger, like early in the league. But it wasn’t a thing. You didn’t have YouTubers, actually making money. Like you didn’t know what that was back then.

“So then, I was packing up all my electronics, because I stream video games, too. And I’m on facetime with my media director, Devin. And I’m like ‘Should I bring my camera?’ He was like ‘yeah, why not? Then you can like do a vlog or something.’ I’m like ‘yeah you’re right, I could do a vlog’.”

Pierre was definitely an early mover in this field and hence has such a great engagement on his videos. He shoots twice or thrice per week and drops videos alternately on The Tuesdays, Thursdays, and Sundays. The Lakers center ensures that none of his hobbies affect his game. He says, “Game days, I don’t record at all. Because I’m locked in. It’s basketball and basketball only.”

Where did @JaValeMcGee aka “Pierre” get the idea to start vlogging in the #nba bubble?⁣⁣
⁣
Presented by @JackBox
⁣⁣⁣
🎙: @DGreen_14 & @HarrisonSanford ⁣⁣⁣
⁣⁣⁣ pic.twitter.com/MnOPz6HurZ

He also has something rather funny to add to his days off from work. He talks about the days when he just relaxes and says, “I swear those days that I chill, I experience with my own eyes the best content. I’m like noo, I should have recorded that.” Though the fans may miss out on some content, there’s no denying that McGee’s ‘Life in the Bubble’ series is on fire.

Jack of all trades, master of one!

The Epic Vale began his channel on June 15, 2017, and has done remarkably well in a matter of three years. His vlogs have 14 million+ views on YouTube. In addition to the life inside Orlando Bubble, the player also uploads video games streaming, lyrical videos, prank videos, and shows off some other cool insights in the life of Lakers. 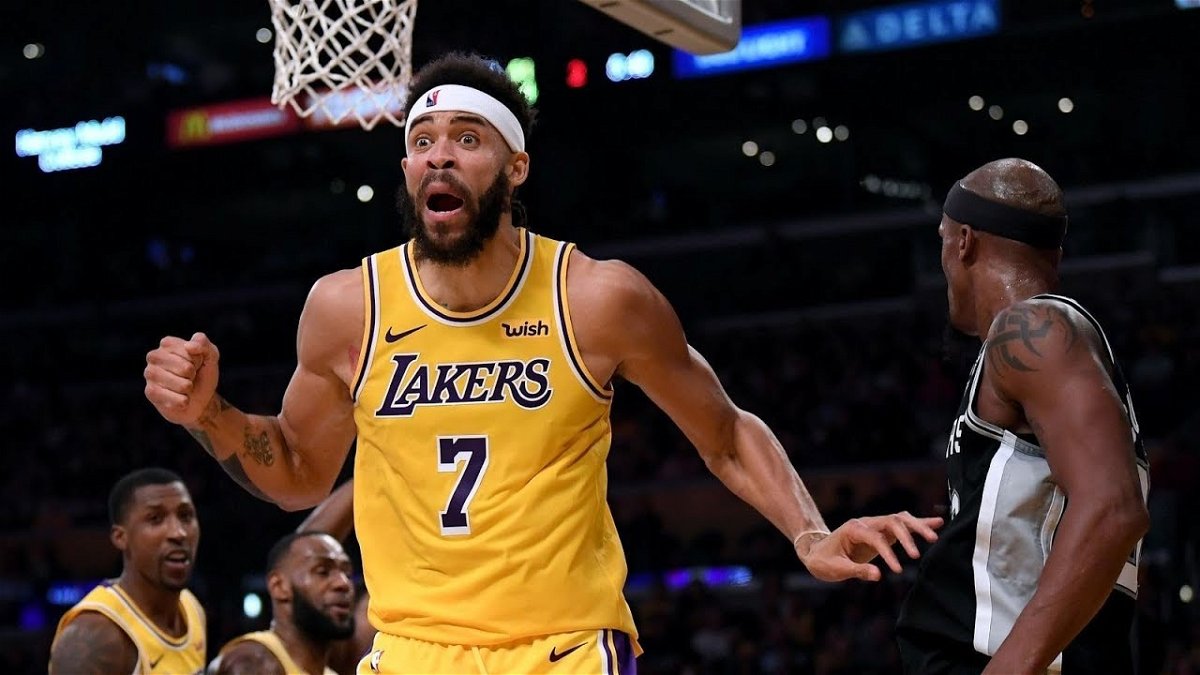 His FG is 63.5% and is averaging 6.6 points per game in this season. But these figures do not reflect the kind of a player he is. McGee is certainly one of the more entertaining aspects of the NBA.

The Los Angeles Lakers will next Oklahoma City Thunder on Wednesday, 6:30 PM ET.