“I Wanna Hire Gustavo Kuerten as My Coach” – Stefanos Tsitsipas

For about twenty years, the late Kobe Bryant played with all his heart for the Los Angeles Lakers. Every time Kobe stepped out on the court, he had his game face on, which looked seriously threatening. His vision was to always succeed at all costs. Being a competitive player, he would want his teammates to attain the same vision to accomplish team goals.

The 2012-13 NBA season saw a dramatic change in Lakers’ starting lineup. The management went searching for All-Stars who could bring about a significant change into the team. The acquisition of Dwight Howard and Steve Nash made the Lakers a force to reckon.

However, none of the plans went according to the chart. It ended up being a poor season for the team as they got knocked out in the first round of playoffs. Dwight Howard, who was expected to bring in his championship-winning caliber, failed to mend his ties with Kobe, which later resulted in his exit from the team.

It is safe to say that Dwight Howard did not fulfill his expectations in his first stint with the Lakers. Maybe that is why the defensive superstar took the decision to rejoin the team after six long years. Howard’s rebirth at the new era of Lakers has been fantastic. His experience alongside LeBron James’ prowess has pushed the LA team to the top. However, when the management was on the fence about bringing Howard in, it was his former teammate Kobe Bryant who assured them of Howard’s excellence.

The Mamba retired in 2016 with the record points for any player in his farewell game. Post-retirement, Kobe remained active in helping the team improve in every aspect. His dedication to the team and the City of Los Angeles was immense.

Jeanie Buss, the current owner and the president of the Los Angeles Lakers, joined the ‘Daddy Issues with Joe Buck and Oliver Hudson’ podcast, where she mentioned how Kobe played a vital part in bringing back Howard into the team.

“I’m nodding my head yes. I mean, Kobe wanted us to win. He wanted to see the Lakers win, and Kobe came to a couple games and he was happy to see Dwight, and greeted him.” 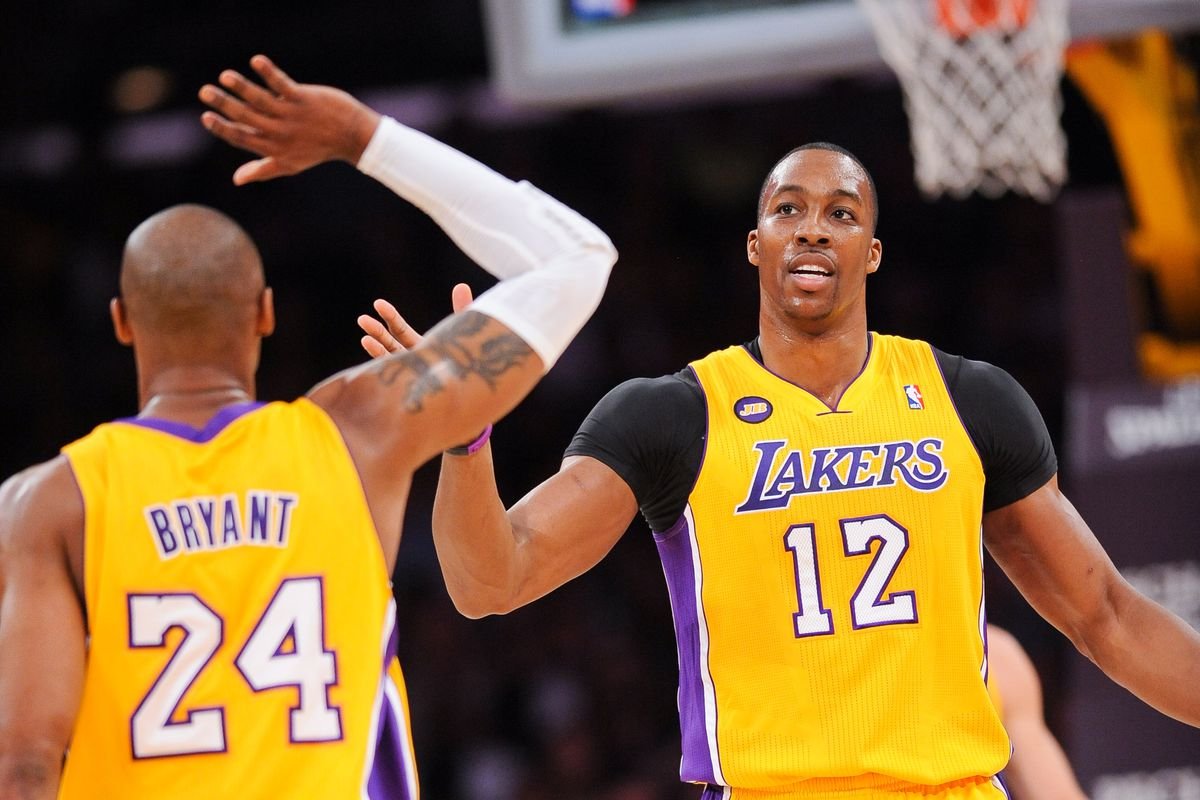 Kobe Bryant put his past in the bag and looked at how much Howard has evolved since he left the Lakers in 2013. With time, the first pick of the 2004 NBA draft had improved so much physically and mentally. Probably what the Mamba saw in him to push the team to resign Howard.

Howard’s reunion with the Lakers seems to be going extremely well so far. The Lakers are leading the Western Conference and look to win the title under the leadership of LeBron. The city of Los Angeles is immensely proud of their team for their explosive performances this season, something Kobe would have cherished if he was there. Gone too soon, but never forgotten. Rest in Peace, Mamba.