Published 08/13/2020, 12:13 PM EDT
The Sacramento Kings are out of the playoff race, having lost five of the seven games that they played in the Orlando Bubble. They could register a win only twice, both coming against the New Orleans Pelicans. This made it appear as if they were only preparing to play the Pelicans all this while. It would be a gigantic task for them to upset the Los Angeles Lakers.

So this game will mathematically change nothing for the Lakers. They’re fixed at the #1 spot. But a loss will definitely put a dent in their march towards the playoffs. On the other hand, it still holds tiny importance for the Kings because a loss will force them to slip further to #13 given that Pelicans win against the Orlando Magic. 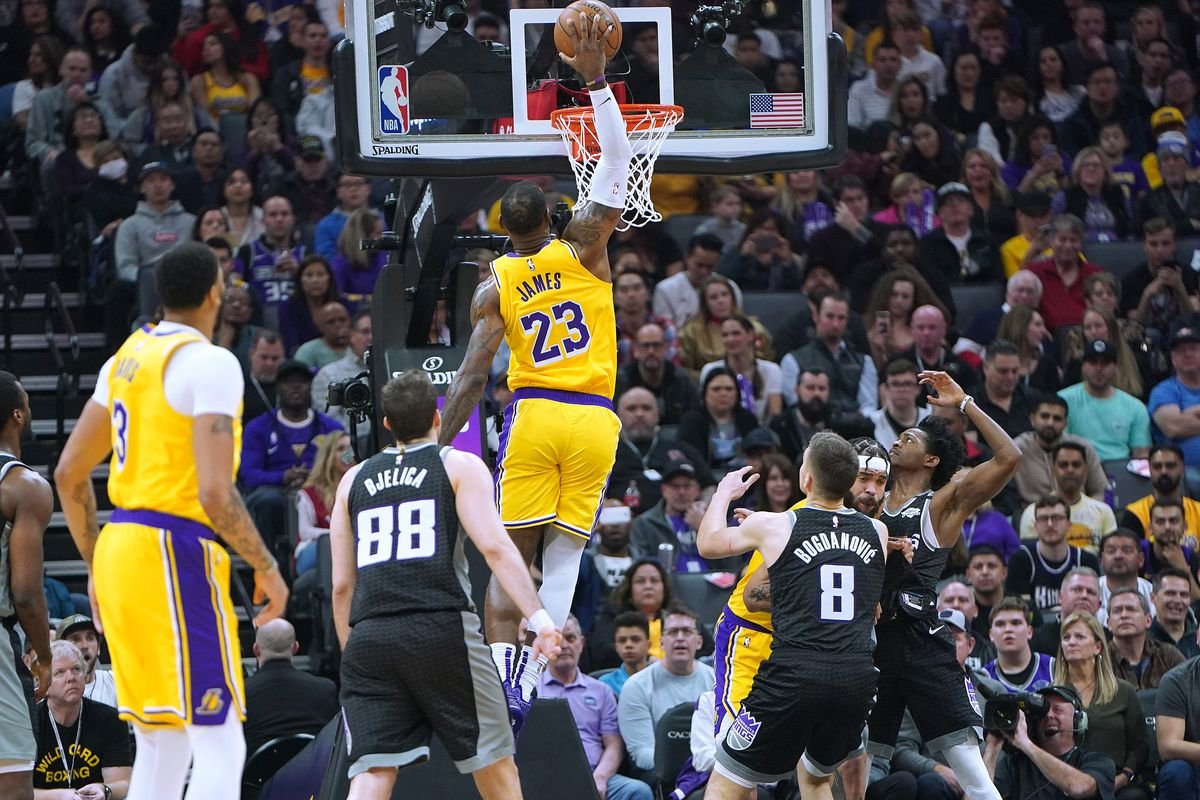 Injury updates prior to the game

Lakers- Given the diminished importance of the game, the team management would not want to put even a minor injury of a player on the line. So the update is that we will not get to see Alex Caruso, who has reported some issues with his neck. Then, Kentavious Caldwell-Pope will miss this game as well. Kyle Kuzma also sits out today for Lakers.

Anthony Davis has also reported a sore right knee, and his chances of playing remain thin. LeBron had a sore groin but he can recover and is probable to play the seeding games finale.

Anthony Davis, KCP, Alex Caruso and Kyle Kuzma will be out for today’s game against the Kings. Starters: LeBron, Danny Green, Talen Horton-Tucker, JaVale McGee and Markieff Morris. LeBron and Danny will only play first half.

Kings- They are also showing similar concerns. As per reports, the Kings will again miss center player Richaun Holmes because of a sore hip that has kept him out in three games. He averaged 9.5 points and 7.0 rebounds in the games he played. Next, Kent Bazemore neither played against the Pelicans nor is he playing against the Lakers. He has a sore left calf. He is also going to be a free agent this off-season.
De’Aaron Fox is a key player that the Kings will miss because of his shoulder troubles. He contributed an average of 21.1 points, 6.8 assists, 3.8 rebounds, 1.5 steals, and 0.5 blocks in 32.0 minutes per game in his third season with the franchise.

That "last practice of the regular season" feeling. #LakeShow pic.twitter.com/FAqHA7ghoX

It will be tough for Cory Joseph to step in the shoes of De’Aaron because he has been struggling at his scoring in the bubble so far. Harrison Barnes and Bogdanovic is the duo that can bring some problems for the Lakers. Buddy Hield can be dangerous with three-pointers and Nemanja Bjelica with his 42.1% 3-point percentage. But that the Lakers have a powerful defense will make it tough for the kings to raise their bar.
The Lakers will have Kyle Kuzma under rotation, and this shooting forward is in a tremendous form. So his three-point shooting can be of a problem for the Kings. Horton-Tucker, Quinn Cook, Dion Waiters, JR Smith, and Dwight Howard can all get decent rotation minutes to get ready for the playoffs ahead.

We predict that Kings will give a tough fight to Lakers because they will not have a trio playing for them. But Lakers will still keep an upper hand and perhaps come out on top. Their game will be live on August 13 at 1:30 PM ET.

More from EssentiallySports on Basketball