“I’m for Damn Sure Gone Risk It for My People. Still Confused?”: Damian Lillard Gets Back at Fan for Calling Him out About Health Concerns

Who is the greatest modern three-point shooter of all time? The answers would be flowing with the name of Steph Curry, James Harden and maybe even Klay Thompson. The Golden State Warriors revolutionized the modern game with their three-point focus during a game. Curry and Thompson have the ability to shoot effortless three’s that makes the crowd go wild.

While Steph is generally considered the greatest three-point shooter of all time, many tend to think otherwise. For every topic, there will be people who agree and others who disagree. In this particular discussion, a Fox Sports presenter has become an online sensation for his explicit comments on Steph Curry’s shooting abilities.

Besides dethroning Curry as the greatest shooter of all time, sports journalist Rob Parker deemed Ray Allen to be a better shooter than the Warriors star. Two-time NBA champion Ray Allen is the most prolific shooter there has ever been, according to Parker. He voiced his serious views on the matter by mentioning that Ray Allen has more career three’s than Steph Curry.

“It’s real simple, RAY ALLEN has made more threes, and has made more CLUTCH threes, and that’s what it comes down to,” Parker said. “Steph can make all the regular season threes he wants, but he doesn’t make the big shots. He’s more like a high-paid Harlem Globetrotter making trick shots. Since 2010, Steph is only shooting 35% for his career in the last two minutes of close playoff games.”

To counter Parker’s statement, it is a fact that Ray Allen leads the charts. His career three-pointers made (2,973) are way above Curry’s tally. However, he got to this number by playing eighteen years in the league. On the other hand, Curry who is third on the list with 2,437 three’s, will enter his 11th year in the NBA when he starts in the upcoming season.

He had more arguments to prove his case by informing that Steph has never made any big playoff shots like Allen’s game-saving 3-pointer in Game 6 of the 2013 NBA Finals. Here’s how Parker continued his argument. “If you want to be considered the ‘greatest shooter of all time’, you have to make big shots when the games matter. One of the greatest shots in history, Ray Allen MADE, and we’re still waiting for Steph Curry’s biggest shot… Ray Allen saved LeBron’s bacon with one of the biggest threes in the history of the NBA. I would give Ray Allen the ball ANY TIME over Steph Curry. Steph is NOT the greatest shooter, it’s RAY ALLEN.” 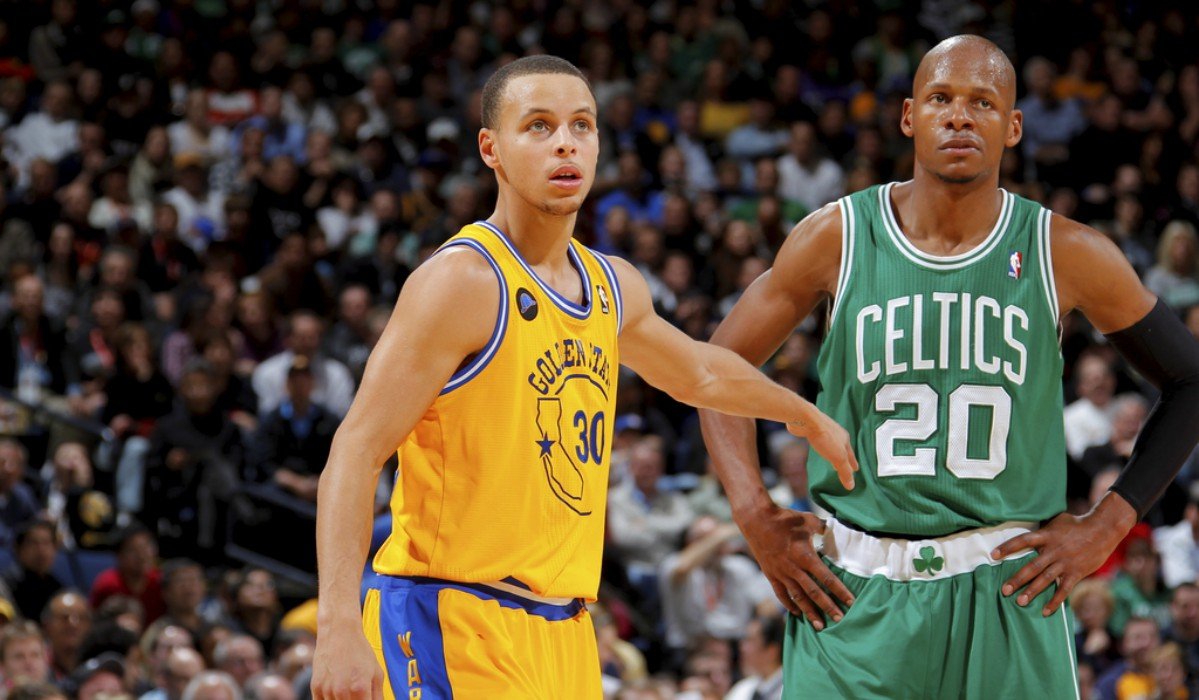 While the discussion can go both ways, there is no denying that Curry has been influential in shaping the game in a more challenging way. Last year, Curry passed Allen for the most three-pointer in playoffs history. Furthermore, Steph Curry himself inclined towards Parker’s belief when he posted a tweet four years ago.

When Allen retired in 2016, Steph Curry congratulated him on his illustrious career and wrote “The greatest shooter to play the game.” He even said, “To me, [Ray Allen] is the greatest shooter ever because of his longevity,” to ESPN. When Curry himself thinks Allen is better, then there is not much we can say about it. We can say one thing though. Steph Curry will definitely dethrone Ray Allen as the most successful three-point shooter before he retires. If the man can get 402 three-pointers in a single season, he can unquestionably shoot his way to the top. Ray Allen’s best effort came in the 2005-06 season when he made 269 three-pointers.