The return of the NBA now seems imminent. NBA made an official statement that they are in talks with Disney, as they plan on continuing the season at Disney World, Orlando. After Nets guard Spencer Dinwiddie leaked a potential return date for the league, fans are now more hopeful.

But there are rumors that the league will directly resume from the playoffs. Not just that, it will have teams seeded of 1-16, irrespective of the conference. Although that might spice up fixtures, many teams who were in the running for the playoffs will be dejected. The Eastern conference eight teams were more or less confirmed already, but the Western Conference still had a fight. The Sacramento Kings, New Orleans Pelicans, Portland Trailblazers were all fighting for the 8th spot with the Memphis Grizzlies. What is more interesting is that while Grizzlies have the toughest schedule ahead, the Pelicans and the Trailblazers had the easiest. 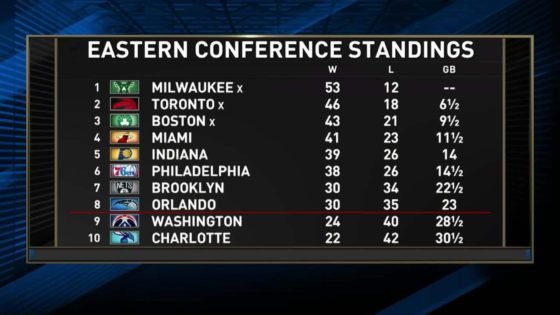 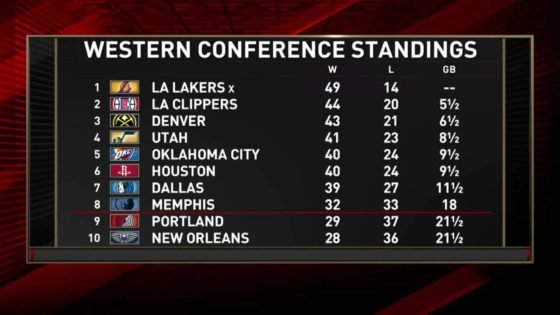 NBA Playoffs, Unlike Nothing Seen Before

For the time in history, the NBA could be heading to a 1-16 seeded playoffs. Such a format has never been possible before due to excessive trace concerns, but now it looks likely. In 2018, Adam Silver had said that the NBA is not ready for a 1-16 seeded playoffs, although it would mean that the best two teams of the league possibly face off in the final. Fans would be eager to see cross-conference matchups for the first time in playoff history, with travel concerns no more as Disney World would be the sole venue. This could be how it looks: 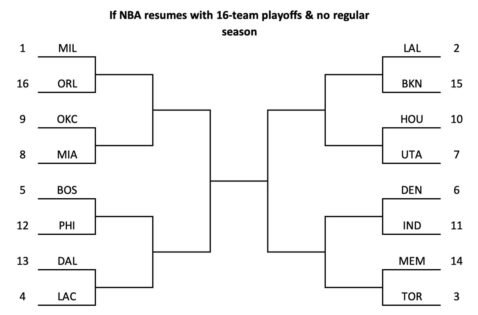 This would provide interesting matchups like Heat (8) vs. Thunder (9) and Lakers (2) vs. Nets (15). But we’d also have Celtics (5) facing the Sixers (6) which would be the biggest first-round tie. The Lakers could take on the Clippers in the NBA Finals potentially, giving LeBron James the chance for vengeance against Kawhi Leonard who stopped him from getting the three-peat in 2014.

At the end of the day, fans just want the season to start. Players like Damian Lillard have already expressed their discontent if teams like the Blazers aren’t given a fair chance to qualify for the playoffs. But others who will be in action are raring to go. National Basketball Players Association boss Michele Roberts said, “Our guys need to know, certainty will be good. But the players really want to play.” Let the games begin?