Winning a title early in their career is usually a probability for most late first-round picks. This is because they go to good teams. However, the youngest NBA Champion of all time wasn’t a late pick. In fact, he was the number two overall pick in one of the greatest draft classes of all-time.

It is the infamous bust from the 2003 Draft Class, Darko Milicic. Milicic was drafted by the Detroit Pistons one pick after LeBron James and before Dwyane Wade, Carmelo Anthony or Chris Bosh. Milicic is the only 18-year-old to have won an NBA title, as the Pistons upset the LA Lakers at the 2004 Championship.

It's about time Darko Milicic gets his just due. pic.twitter.com/EOL0uLci0f

Considering the talent available in the 2003 Draft, it is mind-blowing that Darko has fallen into a position like this. He was a young and exciting foreign prospect, but selecting him ahead of the likes of Carmelo Anthony was questioned even back then. Anthony has since himself spoken about that decision and said that he feels like he could have had two or three rings if Detroit drafted him. 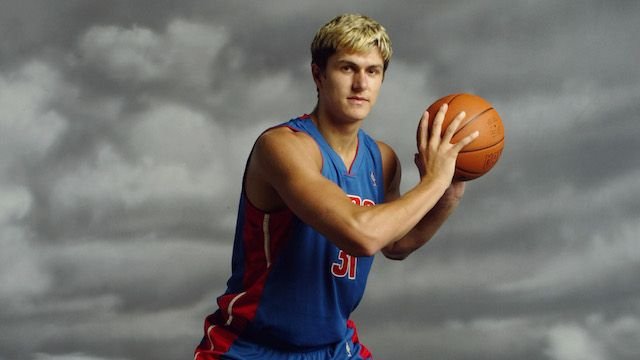 Detroit had a strong core which facilitated their success. Darko was basically a non-factor in that championship run, but now holds the record as the youngest NBA Champion ever. Considering how very few 18-year-olds enter the league nowadays, this record may stand for a long time.

Darko is aware of the narrative around him being drafted over Carmelo. In fact, when Melo brought up the 2-3 rings point, he slandered Darko in doing so, as he said “who?” when D-Wade asked him about it.

Milicic gave a lengthy response to them. “I hope you are ripe to understand that life is full of ups and downs. … I consider myself less good guys, it is not necessary to judge and ridicule when, thank God, you have not passed the path that I am. To them, as always, I wish everyone good and every honor in their careers and in further life a lot of success and less condemnation.”

While what’s done is done, there may be an exciting young addition to this list. Talen Horton-Tucker of the LA Lakers can become the second youngest NBA Champion of all time. That is if the Lakers can win the ring this season.