The NBA community has celebrated several legends over the years. The most recent Hall of Famer to join this list is Patrick Ewing, a New York Knicks’ star. The Knicks have decided to honor Ewing by naming a week after him. Here are the details.

The New York Knicks drafted Patrick Ewing, a decorated college basketball player, back in 1985. Ewing spent almost his entire career with the Kicks, before joining the Seattle Supersonics and the Orlando Magic, later on.

After retiring from the league, Ewing went back to base, this time as a coach for the Georgetown Hoyas. Very recently, the 57-year-old Hall of Famer also battled COVID-19, and has now recovered.

Now, the New York Knicks and the MSG Networks seem to have taken it upon themselves to make sure Ewing’s decorated career remains in people’s minds. Together, the two companies recently declared that the upcoming week will be known as the ‘Patrick Ewing Week’.

“And at center, at 7 feet from Georgetown. Number 33 … PATRICK EWING!”

Beginning Monday, July 6, the Ewing’s career highlights will take over programs on the MSG network. The schedule for the same will be as follows: 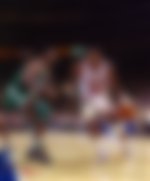 Time: 3PM: Watch Patrick Ewing and Mark Jackson lead the Knicks to a 141 points victory against the Indiana Pacers.

Time 11AM: Patrick Ewing and the New York Knicks defeat the Atlanta Hawks in double overtime

Time 1PM: Ewing and the Knicks record 134 points along with an overtime victory over the Charlotte Hornets

Time 7:30PM: Ewing leads the Knicks to victory over the Indiana Pacers with 41 points and 11 rebounds

Time 11AM: Latrell Sprewell helps the Knicks defeat the Milwaukee Bucks in a double overtime

Time 1PM: David Lee leads the Knicks’ scoreboard with 37 points as  the team defeats the Golden State Warriors with 138-125 score

Time 11AM: RJ Barrett leads Kicks to victory with a career high 27 points of total score of 143 against the Atlanta Hawks, repeat: 2AM

Time 1PM: Kevin Knox leads the Knicks in matchup against the Milwaukee Bucks to win with a score of 136-134 in overtime; repeat: 12AM

Time 7:30PM: Ewing takes the Knicks to victory by posting 37 points and 19 rebounds over the Philadelphia 76ers

Time 9:30PM: Ewing posts 41 points against the Boston Celtics in Game 4 of the 1 Round of the Eastern Conference Playoffs

Time 11AM: David Lee leads the Kicks to victory against the Golden State Warriors with 37 points in a138-125 score; repeat: 1AM

Time 7:30PM: Ewing leads Knicks with 45 points and 10 rebounds in victory over the Pistons

Time 11AM: Ewing and the Georgetown Hoyas win their first NCAA Championship repeat

Time 3PM: Ewing leads the Knicks with 37 points and 19 rebounds over the Sixers

Time 5PM: Ewing puts up 41 points over the Celtics in Game 4 of the 1 Round of EC playoffs, repeat

Time 7PM: Ewing helps the Knicks with 45 points and 10 rebounds in a win over the Detroit Pistons

So, this is how the upcoming Patrick Ewing Week looks. Hope everyone plans to tune in to celebrate the legend’s illustrious career in the NBA league.