From the recent conclusion of ‘The Last Dance,’ one could have identified the threat Reggie Miller brought with him. For legendary NBA fans, it was a treat to witness Miller and the brilliance of the Indiana Pacers. Reggie Miller joined the league in 1987 and instantly created an impact with his incredible abilities.

Miller’s eighteen-year career with the Pacers never saw him winning the coveted NBA title, but he achieved a legendary status with his abilities. His extraordinary talents made him the leader of the team just a few years after he was picked.

One of Miller’s best moments came in the year 1995, where he averaged 19.6 points in the regular season. Entering the playoffs, the Pacers made a clean sweep out of the Atlanta Hawks and marched forward to the Eastern Conference semi-finals, where they had Patrick Ewing and the New York Knicks waiting for them.

It was May 7, 1995, and Game 1 of the Eastern Conference semi-finals. It was a hugely anticipated match between the Pacers and the Knicks. Miller played well the entire game, but Indiana was trailing by six points with 18 seconds on the clock.

“He was the best player on the floor for the first 46 minutes, but then, as if following a script, Rik Smits stepped aside and left the unforgettable final scene to Indiana Pacer teammate Reggie Miller. There was, after all, no one else who could play the part. When it comes to going one-on-one against the city of New York, no one does it better than Miller.” Gerry Callahan of the Sports Illustrated wrote this in his piece in 1995, following the Pacers’ incredible comeback. 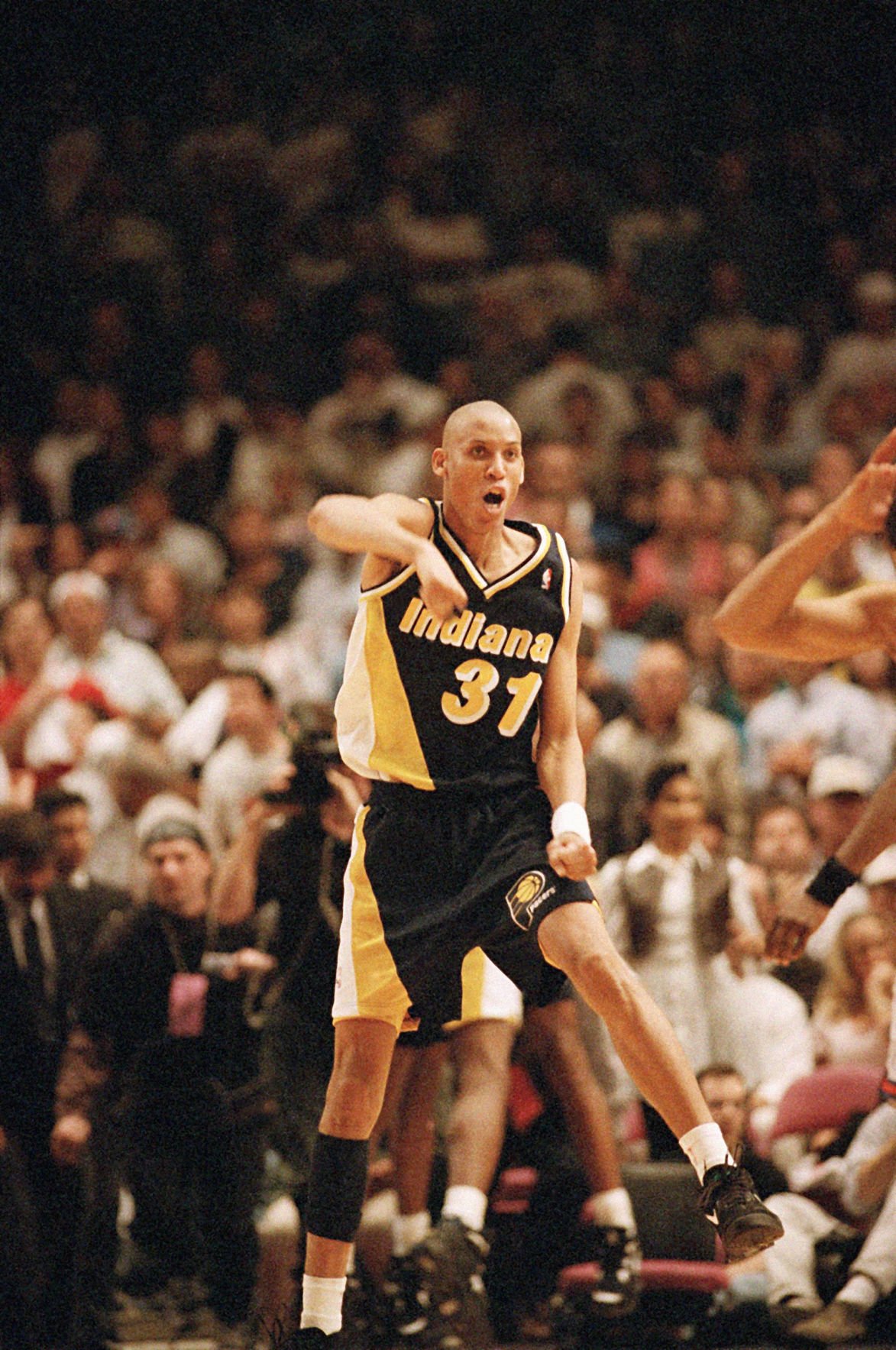 Reggie Miller scored an incredible eight points in nine seconds to mark one of the best postseason performances in NBA history. Two straight three’s followed by two free-throws. That is all it took Miller to seal the game for Indiana. No one could believe it. He made those two 3-pointers in a span of 3.1 seconds, which stunned the Garden crowd.

Of course, Miller after tying the game with his three’s, engaged in theatrics including gesturing at long-time Knicks fan, Spike Lee. Miller ended the night with 31 points, making people doubt if he had ice in his veins. Knicks guard John Starks missed two foul shots in the dying seconds which could have won them the game. However, it never happened and Reggie Miller emerged as the hero in an insane night at the Madison Square Garden.

“Aiming for the Stars and Shooting for the Moon”: Boston Celtics Player Sings Songs of Praise for Jayson Tatum