BREAKING: Darren Till to Return to UFC Action for Middleweight Clash

Dallas Mavericks have the ultimate weapon in Luka Doncic. He is a versatile guard that may be one of the most polished offensive players, despite being just a sophomore.

His excellence has been on display through the first two games in the series against the LA Clippers. He had a 42 point game to open the series, and he followed it up with a quick 28 points in the Dallas Game-2 win.

Doncic struggled all through Game-3. After getting into confrontations with Clippers like Montrezl Harrell, Doncic evidently looked rattled.

He had one of the worst shooting nights of his career, shooting 28.6% from the field, 16.7% from three, and 40% from the free-throw line. However, Doncic still notched a triple-double with his aggressive rebounds and excellent playmaking.

Doncic rolled his ankle in the third quarter and had to be subbed out. He returned in the fourth quarter but had to be taken back out. Shams Charania has since confirmed that Doncic will sit out for the rest of the game.

Luka Doncic heads to the locker room after turning his ankle pic.twitter.com/TKQ04xCf64

Doncic is out for the remainder of the game. https://t.co/sf2X07VbHw 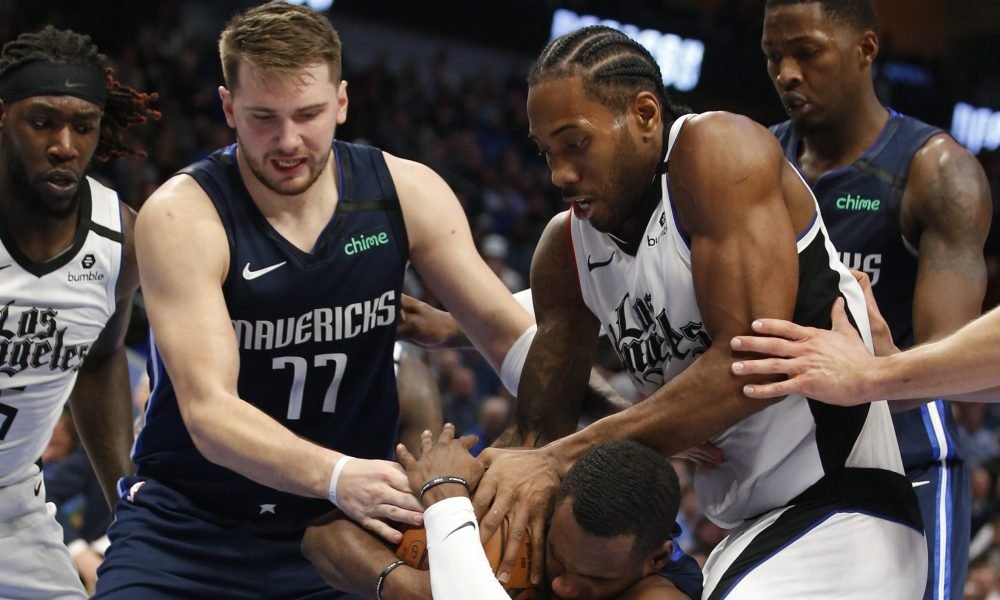 The Mavericks have rallied their troops since Doncic left the court due to his poor shooting. However, his absence has allowed the entire team to share the ball and confuse the LA Clippers with their ball movement.

Doncic is the floor general for the team and can often set the tone. This game was not too good a showing for him. Nonetheless, we can trust him to find his way back to top form after nights like this.

The bigger question is the severity of this ankle injury. The video isn’t pretty, as that looked like a rather nasty roll. If he is to be sidelined, the Mavericks will struggle to close out the games without his presence.

Kristaps Porzingis is capable of leading, but he doesn’t have the same playmaking abilities that Doncic brings to the court.

This will be a great opportunity for bench guards like Seth Curry and Trey Burke to rise to the occasion and help their outfit maintain composure throughout the remainder of the series.

‘One Of My Favorite Players’: LeBron James Reveals How A Team-Up With Luka Doncic Fell Through