The Los Angeles Lakers have been atrocious in the bubble. After going 3-5 in their seeding games, the Lakers suffered a 7-point loss at the hands of the eighth-seeded Portland Trailblazers. The game further reinforced the Lakers and their offensive struggles, failing to put up even 100 points.

The game also had the same old story of the Lakers being completely unable to covert three-pointers. They scored just 5 threes against the Blazers, despite taking 32 shots. That is a horrendous 15% conversion rate. Heading into this game, the Lakers were the worst three-point shooting team in the bubble, making about 30% of their shots. They somehow managed to worsen that with this showing.

The shooting struggles were perfectly captured by the guard trio of Alex Caruso, Danny Green, and Kentavious Caldwell-Pope. The trip made only 3 of their 16 three-point attempts. KCP in particular had a horrid showing, missing every single one of his 9 field goal attempts. However, the Lakers may have the answer on their bench. 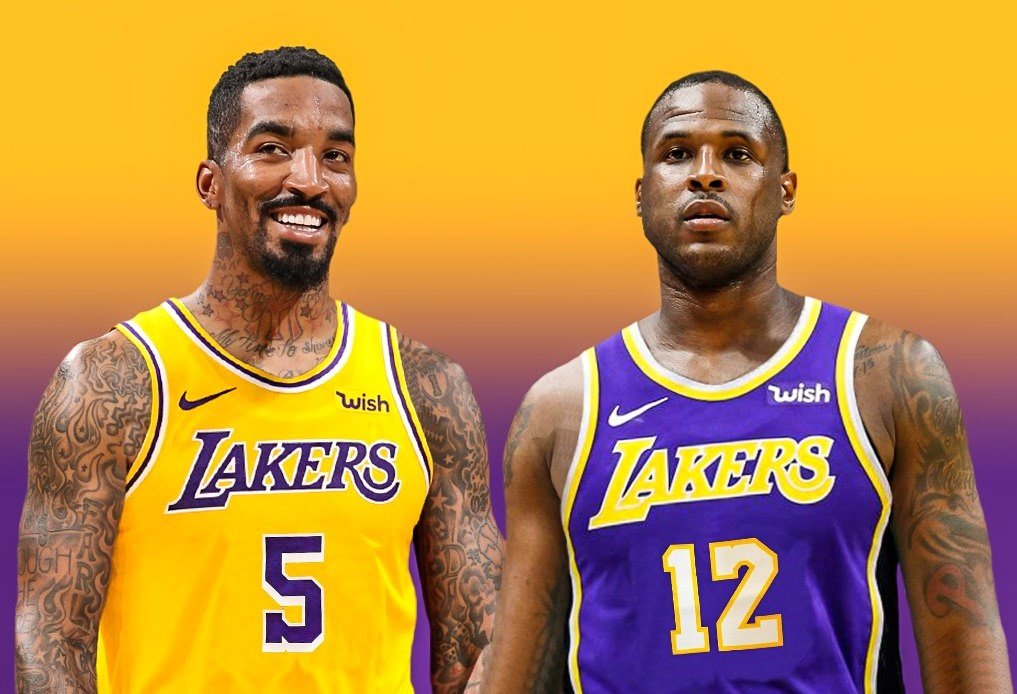 Dion Waiters and J. R. Smith were crucial guard additions to the Lakers in the bubble. The Lakers guard rotation was thin in the regular season, and then got further slimmed down because of Avery Bradley opting out and Rajon Rondo getting hurt. Waiters and Smith were signed to help the team continue as the best team in the West.

Smith never saw the court against the Blazers, and Waiters was taken off after one minute. However, these two may be the solution after the play we saw from the three players ahead of them. Smith built a reputation as one of the better 3-and-D guards in the league during his stints in New York and Cleveland. Waiters is a well-rounded offensive player that can defend well on the perimeter.

The Lakers need their game IQ and hope that their shot can be more reliable than what the others have provided. Waiters was also plagued by bad shooting in the bubble but ended it with a strong performance against the Sacramento Kings. His defense is still solid as well, especially highlighted in his performance against the Denver Nuggets.

J. R. Smith isn’t getting much playtime in the bubble. This could be because he was out of a job for a season and a half. However, his chemistry with LeBron James is undeniable. He may be remembered for his mistake against the Warriors in 2018, but he has always been a solid player. His experience in the league lends well to playoff basketball.

Waiters and Smith aren’t the best guards available in the league, not by a long shot. However, they may be the only answers for the Lakers who are struggling mightily with their guards and their performances.

“Tried to Bury Me”: Lakers Guard Dion Waiters Hits Out at Miami Heat For Multiple Suspensions