Since the NBA season is set to resume soon, many players are leaving to enter the Orlando bubble. But not without all their safety measures and sense of humor. One of the most recent league players to leave for the bubble was the 76ers’ Joel Embiid. Now in quarantine, Embiid gives the community an inside look and reveals what he thinks he will look like by the end of the season.

The 2019-20 season in the Orlando bubble will be held without any fans watching. The bubble is said to be strict about sanitization rules and quarantine periods. However, Philadelphia 76ers star Joel Embiid isn’t even close to taking any risks.

Recently, when Embiid arrived at the airport for his flight to the bubble, NBC Sports spotted him fully suited up in white. A video shared by the official Twitter handle of NBC Sports Philadelphia shows Embiid stepping out of a car in his mask, gloves and a PPE suit.

Joel Embiid has arrived for the flight to Orlando, in full mask, suit and glove gear. pic.twitter.com/Nz7hOtc69E

This doesn’t come as a surprise because, very recently, Embiid had voiced out his concerns about the safety measures of the bubble, saying that he wanted everyone to stay safe. He even admitted that he wasn’t a fan of the re-start. However, he would not back down from his job.

So Embiid, with all the conflicted thoughts going on in your mind, the suit looks pretty promising. Stay safe.

Embiid jokes about the food inside the bubble

Many reporters and analysts will be in attendance in the bubble. Many have even entered the bubble to get a look at how the safety measures are being implemented and everything else before the real deal. One such reporter, ESPN’s Malika Andrews, is already in the bubble and is in mandatory quarantine. Recently, she revealed her entire experience while going through the procedure of getting into the bubble.

Andrews came on an episode of ESPN’s ‘The Jump’ to talk about the same. While on air, she also revealed that the food served to people like her in quarantine was a lot. Instead of choosing what she wanted, she was being brought two big bags of food, three times in a day.

Sounds like a lot, right? Maybe to the regular human being, yes. But what about the big and strong NBA players, who have their livelihood dependent on their physical and mental strength? Embiid answered this question on his official Instagram account today, by poking fun at the food he got after entering the bubble.

The 26-year-old power forward posted a picture of the food he received; small portions of, well, a lot of things. In the story, Embiid wrote, ‘Definitely losing 50lbs’. 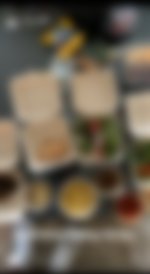 Later, he also posted on his story the photo of a basketball player of thin build.

On that story he wrote, ‘Me by the time I’m done here lmao’. 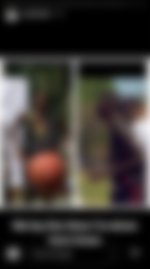 Well, Embiid may be afraid of the pandemic, but that doesn’t mean he can’t be funny, right? We’ll know what the other NBA players have to say about the same, soon. Until then, Embiid, we just hope you don’t become like the guy in the photo.