A Breakdown of the Mercedes F1 Pitwall and What They Do

Phoenix Suns will face Western Conference rivals Oklahoma City Thunder in their next bubble matchup. The Suns are a perfect 5-0 so far, while the Thunder are a respectable 3-2. One of these wins came over the number one seeded Los Angeles Lakers. The Suns have impressive victories of their own, beating the Dallas Mavericks and the LA Clippers, along with stopping the red-hot Indiana Pacers.

Suns are playing for a lot more than the Thunder, which explains why OKC will be resting most of their starters in their Suns matchup. They will be benching Shai Gilgeous-Alexander, Steven Adams. Dennis Schroder, Nerlens Noel, and Danilo Gallinari for a multitude of reasons. OKC’s oldest player, Chris Paul, will be the only regular OKC starter to play against the Suns.

The Suns haven’t announced any fresh injuries. Aron Baynes will be unavailable for selection due to a knee injury. Kelly Oubre and Ellie Okobo are questionable for the game, but no confirmation on their status has been made. 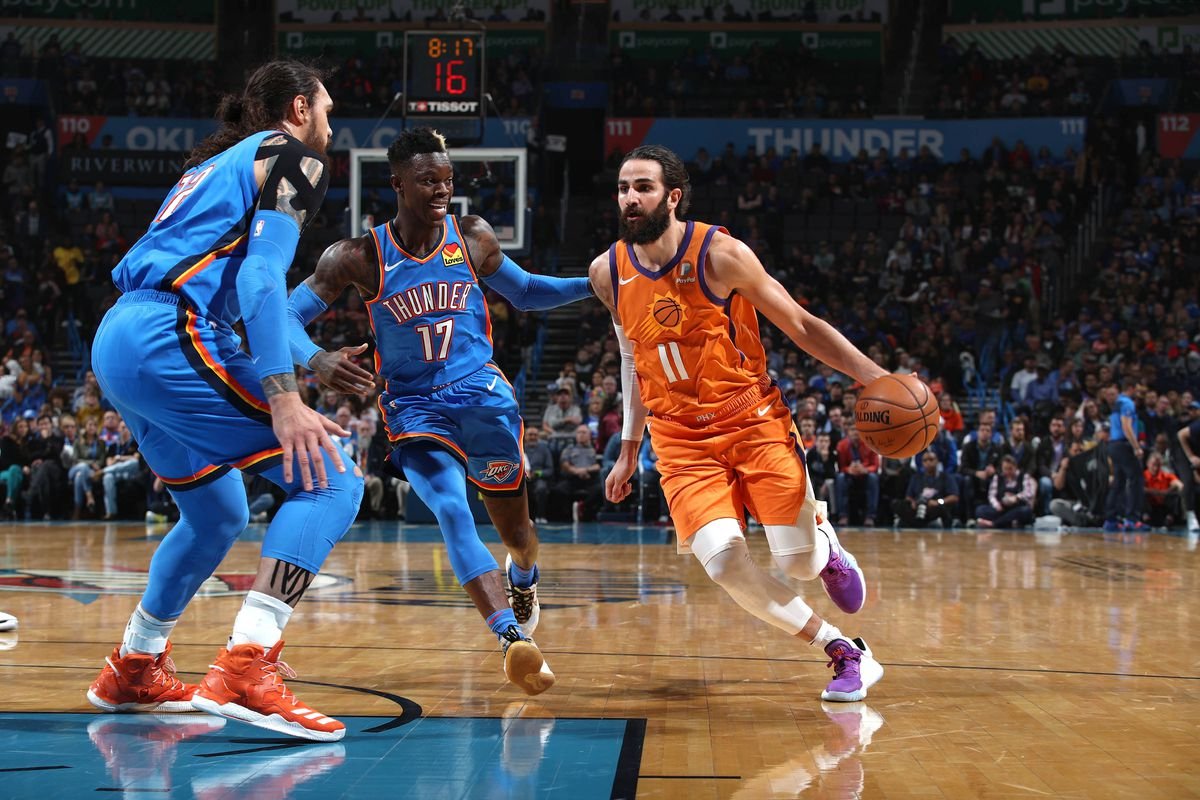 The Phoenix Suns should be able to wrap this game up comfortably. OKC is without 5 of their top-6 scorers for this game, while the Suns will be expected to name a full-strength lineup. The Suns are playing for a meaningful chance to enter the playoffs, while a Thunder win just adds a kink in the Western Conference standings.

The OKC Thunder sit 5th in the standings right now. They are ahead of the Utah Jazz but behind the Houston Rockets. If the standings were to stay like this, the Thunder would face the Rockets in the first round. However, if the Thunder were to fall to 6th, their first match comes against the Denver Nuggets. Finishing sixth also means that the Thunder avoids a possible second-round Lakers matchup.

One team looking to get the opportunity to face the Lakers in the first round is the Phoenix Suns. They are currently 11th in the West, but just one and a half games behind the Memphis Grizzlies in eight. Another win further solidifies their playoff push, as rivals Portland don’t look to be dropping any games.