According to the NBA’s new schedule, the season will resume on July 31st and the last day for it will be Oct. 12 (in case of Game 7 in Finals). The NBA Draft will be just three days later and by the 1st of December, the new season is expected to start. It is six weeks later than the usual opening night which is mid-October.

The last time a season began in December was the 2011-12 lockout season. There were issues regarding revenue sharing and the structure of the salary cap which led to the lockout. Finally, in December, it was resolved and the season began on Christmas day. That year the NBA regular season had only 66 games. 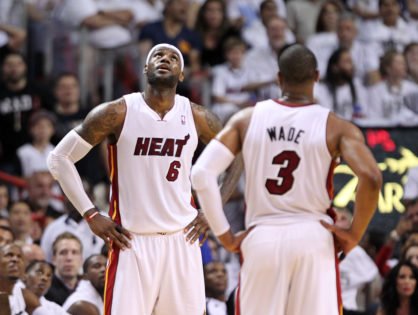 That season was exhausting for the players. They had to play consecutively with barely any rest, leading to fatigue and injuries. Towards the end of the season, Miami Heat’s LeBron James and Dwyane Wade were rested owing to minor injuries.

With Hawks GM Travis Schlenk’s latest announcement, a repeat of 2011-12 seems inevitable for the 2020-21 NBA season. ESPN’s Tim Bontemps reported that Schlenk was on a conference call with reporters when he announced it. He said that GMs were informed that next season’s schedule would be affected in order to accommodate all games of the regular season.

Hawks general manager Travis Schlenk said on a conference call with reporters this morning that the NBA has indicated to the league’s GMs that next year’s schedule could be condensed in order to try to keep the league as close to its usual timeline as possible.

USA Today’s Marc Medina also confirmed that it would be an 82-season game. With ‘load management’ already popular throughout the league, it will be interesting to see how the situation will be next season. Teams will be forced to play multiple back to backs. Four games in five days are also likely.

Hawks GM Travis Schlenk said that NBA indicated to league GMs that next season’s schedule could be condensed so that calendar is somewhat similar to normal seasons, but would still be an 82-game schedule.

Teams making deep runs in the playoffs this season will the worst affected. They will have the shortest off-season gap so far and will be expected to play 30+ minutes every other day. Right now, a shortened 2020-21 season seems like the logical option. The fatigue and injury levels in 2012 were bad enough with 66 games. Having 82 in almost the same span will be too hard on the players.