Enraged by the brutal murder of Ahmaud Arbery, NBA superstars such as Stephen Curry, Kyrie Irving and Isiah Thomas have reacted to the loss of one of their own.

What NBA players feel about the killing of Ahmaud Arbery

On February 23, a 25-year-old unarmed black man named Ahmaud Arbery was on his morning jog in Brunswick, Georgia. Suddenly, two white men, apparently a father-son duo named Gregory McMichael and Travis respectively, shot him dead in the middle of the road without reason.

Los Angeles Lakers star LeBron James was the first to shed light on the incident. He put up a post on Instagram and tweeted about it. James seemed to be shaken because of this incident.

We’re literally hunted EVERYDAY/EVERYTIME we step foot outside the comfort of our homes! Can’t even go for a damn jog man! Like WTF man are you kidding me?!?!?!?!?!? No man fr ARE YOU KIDDING ME!!!!! I’m sorry Ahmaud(Rest In Paradise) and my prayers and blessings sent to the heavens above to your family!!🙏🏾✊🏾❤️ #StayWoke #ProfiledCauseWeAreSimplyBlack😢😢

Now many other NBA players are coming forward to highlight the abuse aimed at black people in the country. Brooklyn Nets’ point guard Kyrie Irving and Portland Trail Blazers point guard Damian Lillard posted the same picture on Instagram to show their support.

Former Lakers guard Isaiah Thomas also responded to the killing. He retweeted several comments from others about Arbery’s death.

These included quote-tweeting activist Shaun King, who sarcastically asked, “Did you ever see that viral video of 3 grown Black men chasing a young white jogger with shotguns and pistols, confronting him, then killing him, then claiming it was all a citizen’s arrest? … And the police and prosecutors just said, ‘sure. No problem.’ ? Me neither.’”

Some details about the Arbery murder case 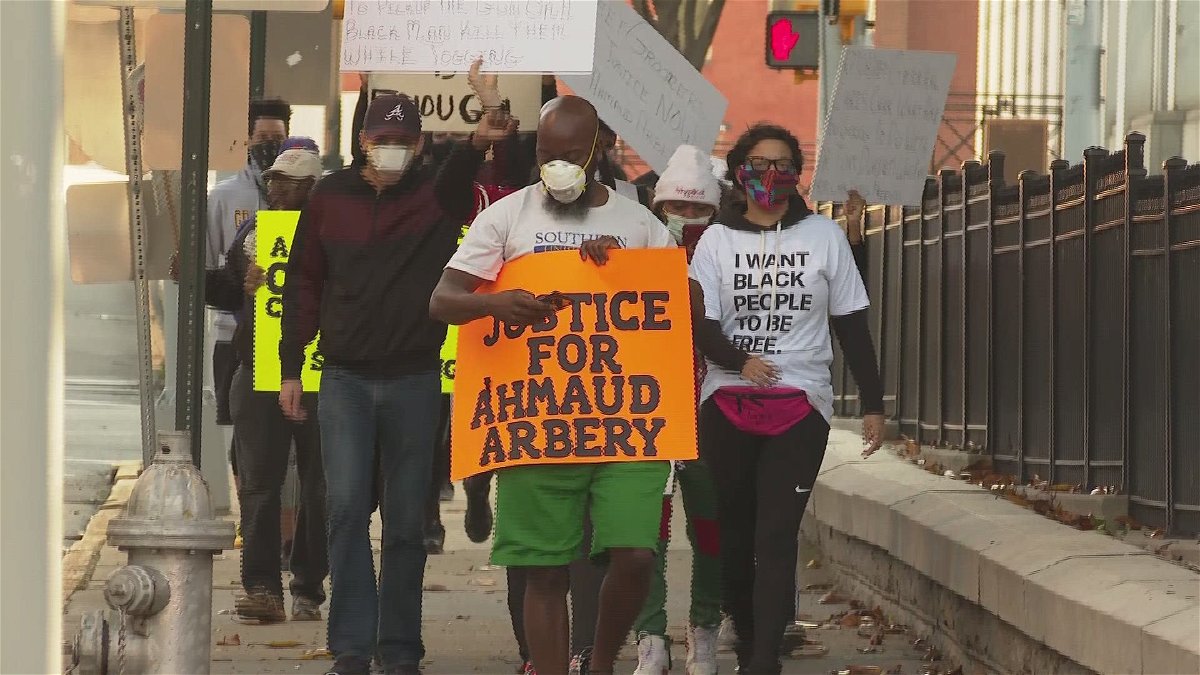 Gregory McMichael claimed he was on Arbery’s trail with his son as Arbery’s description matched to that of a suspect who broke into the neighborhood a few weeks back. McMichael is apparently a former police officer. Media claims that might have helped him in delaying the arrest.

Fortunately, the Arbery shooting received mass attention. Recently, a video leaked on social media. In the video, we see the McMichaels tracking down Arbery in a pickup truck. It also shows a man (apparently Arbery) jogging in the neighborhood.

Then, the jogger gets into a physical altercation with a man who seems to be holding a shotgun. The altercation eventually resulted in three shots being fired and the jogger collapsing on the street.

A massive campaign for Ahmaud has since begun on social media. People are demanding justice for the victim. Many suggest the incident seems to be yet another cruel act of racism in the United States.

Thankfully, talks about the arrest of the ruthless racist murderers have emerged.

“Never Concern Yourself”: LeBron James Extends Huge Motivation to Anthony Davis as he Vows to Fight Back