The two-time MVP has recently been assigned his first coaching gig. The entire NBA was surprised when Steve Nash was appointed the new head coach for the Brooklyn Nets. The search for the appropriate coach was on for weeks and Nash was a speculated candidate. However, when it was finalized, it came as a relief to the team. This is because as Nash is stepping into this responsibility, he already has a great relationship with the two pillars that uphold the team.

Steve Nash on working around the dynamic duo 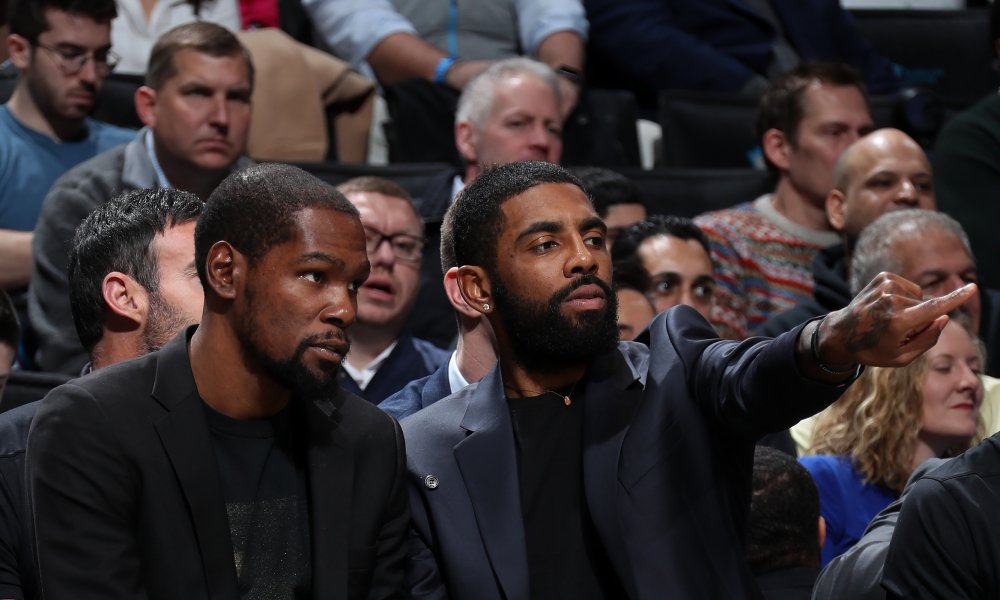 Both Kevin Durant and Kyrie Irving have a relationship with Nash. While Durant was playing with the Golden State Warriors, Nash was a player development consultant there. On the other hand, Nash knows Irving from his rookie years and they used to work out together. In a podcast, Nash described how he plans on working around the superstar duo Kevin Durant and Kyrie Irving.

On ‘The Old man and the Three’, J.J. Redick asked Nash, “Have you thought at all about just that combination, Kyrie and Kevin and how you can sort of use them together in two-man games specifically?”. With utmost certainty, Nash replied, “Sure. That’s probably the easiest part of the job. Throw Kevin and Ky in a two-man game like that’s just what it is. They’re two exceptionally difficult players to defend.”

Nash continued to emphasize the skillsets the two possess. “Ky can score on you know as well as anyone in an iso and Kevin with his length is a matchup problem for everyone,” said Nash. “You know those two in two-man games is incredible but you know also the versatility. Ky’s excellent off the ball as brilliant as he is with a ball in his hand. Kevin can play all five positions and I plan to use him in all five positions.”

Nash definitely has a tight bond with the two because of which he might be the best person to pave their patch to a possible championship. It’ll be exciting to witness Nash polish the already brilliant team the Nets are.