Richard Jefferson is a former 17-year NBA Veteran, who won the 2016 league title. Jefferson played alongside LeBron James and won Cleveland it’s first-ever championship. Being a fierce finals opponent of the Golden State Warriors in back-to-back years, it is no secret that the Bay team earned his respect. Jefferson definitely rates Steve Kerr’s record-breaking team right at the top, but the 3-peat Los Angeles Lakers are the best team ever, according to him.

Interestingly, the 39-year-old was on the opposing side when the Lakers achieved their three-peat by sweeping the New Jersey Nets 4-0 in 2002. Jefferson was the Nets’ small forward and he averaged 9.4 points per game when he and his team clinched the Eastern Conference. They faced the Lakers in the finals and were met by a powerful force that showed no mercy. The Los Angeles Lakers defeated the Nets with ease to make history.

In a recent chat with Brian Windhorst and Zach Lowe on ESPN’s The Jump, Jefferson compared the 2017 Warriors and the three-peat Lakers to determine the better team among the two. Jefferson also played for the Warriors, but he stayed there for just a year during the 2012-13 NBA season.

“You watch how they play small ball defense,” Jefferson said, talking about the Warriors with Kevin Durant. “They’ll do what you call a triple switch. They’ll switch staff onto a bigger player and when that player rolls into the post, they will then switch out.”

The Lakers conquered the NBA in the early 2000s. The historic three-peat team is the best Richard Jefferson has ever faced. There is only one factor that sets both teams apart and it is the presence of Shaquille O’Neal. The big man can break down any defense trying to guard him. 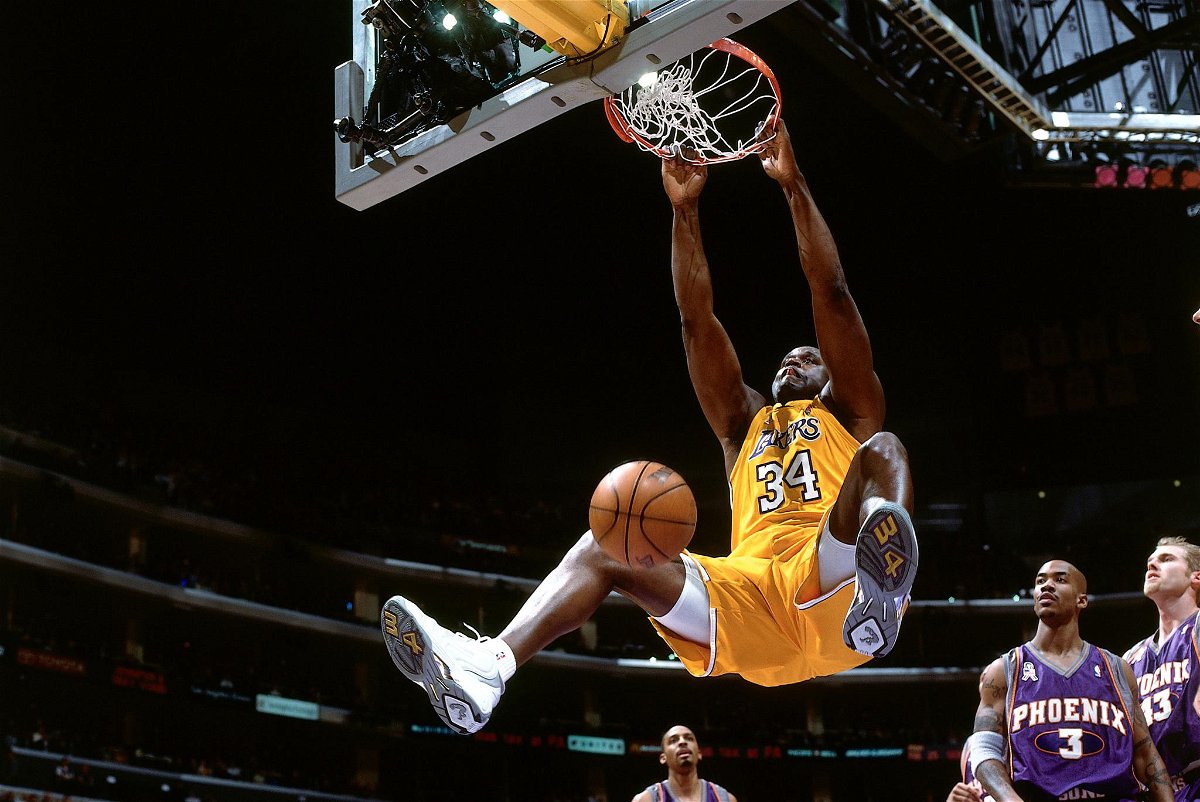 Teams always put two men to defend against Shaq and most times end up failing. While he praised the Warriors’ tight defense, Jefferson feels they could’ve enjoyed none of it against the Lakers and Shaq. “You weren’t going to be able to do that. They were going to throw that ball into Shaq, he was going to catch it and dunk it,” Jefferson exclaimed.

“One thing that Shaq made you do. He made you carry two, if not three bigs on your roster because you needed those fouls, you needed those big bodies because he was so dominant. That shortens your ability to play small ball,” he explained.

Speaking about the 2000s Lakers, he said, “That is the best team that I’ve ever played against. It’s the best team I’ve seen.” Though KD and the Warriors were impressive in their prime, they wouldn’t have figured out a game plan for Shaq, according to Jefferson.

“Most Dominant”: Shaquille O’Neal Responds to an Unpopular Opinion that Tried to Question his NBA Legacy