The 2010s decade was a good one for Miami Heat fans. The beginning of the decade saw the arrival of LeBron James and Chris Bosh to the team, while Dwyane Wade signed a contract extension. The Heat went on to make four straight final appearances, winning two back-to-back titles. But how miraculous was the second title triumph which came in 2013?

Every Heat fan must have jumped in uncontrollable excitement when Ray Allen made the crucial three-pointer in the dying seconds of the fourth quarter. Game 6 of the 2013 NBA Finals is certainly one of the most memorable fixtures in recent Finals history.

Both teams contained a strong lineup, but the ‘Heatles,’ as they were colloquially known, were predicted to triumph against the likes of Tim Duncan and a talented Spurs roster. Well, it almost never came true and the Heat wouldn’t have won back-to-back titles.

“If we didn’t win, we would have been the laughing stock of the sports world,” Chris Bosh wrote in his newsletter, Welcome To The Last Chip. “We would have been one of the most underachieving teams in the history of the NBA. Some of us might even have been traded.” 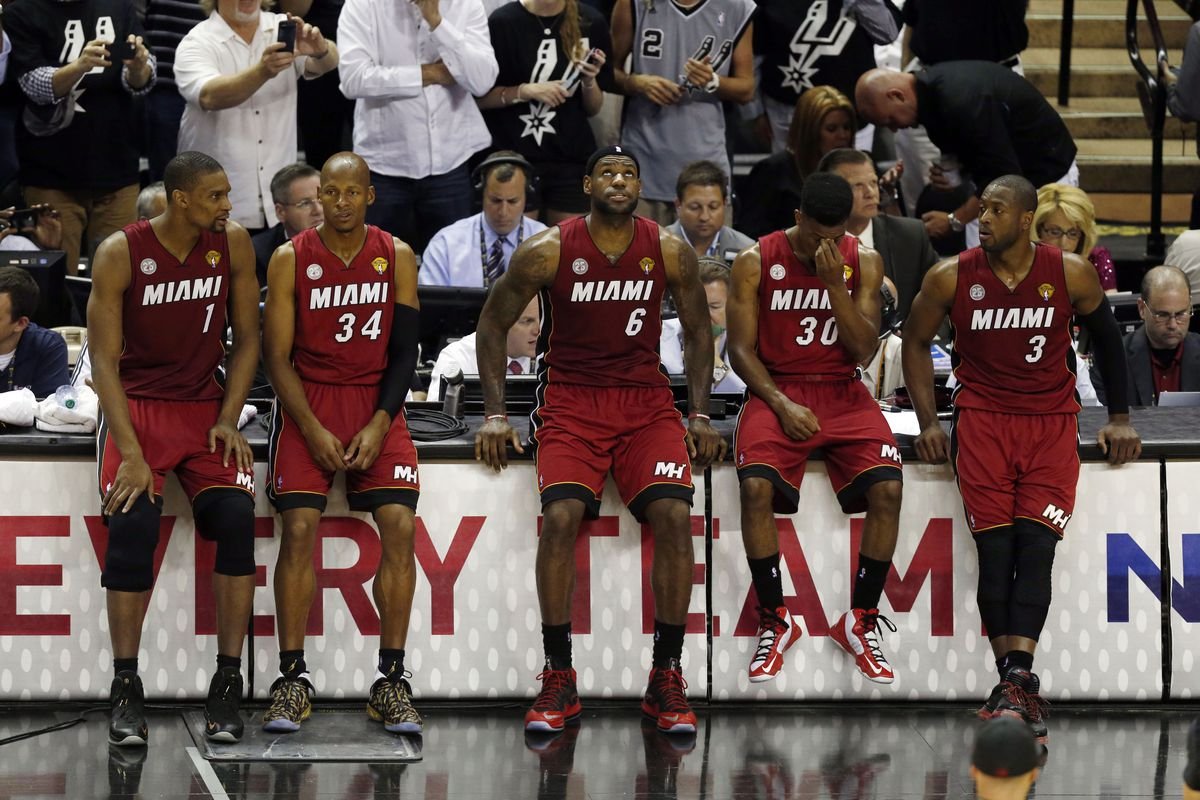 We’ve all experienced how crazy the moment was when Ray Allen lit up the three to force the game into overtime. We as fans enjoyed a thrilling contest between two very well matched teams. But, for the players, it was a different experience.

Two-time champion Chris Bosh through his latest newsletter takes us into his experience of being on the court with just seven seconds left on the clock and standing three points behind their opponents. What did Bosh do when his team was on the brink of defeat?

Getting past a loss is not an easy task. When the Miami Heat were down 3-2 in the series, they saw the dance of defeat right before their eyes. Their own fans abandoned them by leaving the arena prematurely. Such was the situation of the final minutes of Game 6. The Spurs were destined to win. All that until Chris Bosh got a rebound, swiftly passed it to Ray Allen, who calmly took a 3-pointer and succeed in tying the game.

“I still remember standing in the huddle at the end of the game,” Bosh wrote. “Everyone was quiet. Thousand-yard stares. The trophy was being wheeled out. They started putting up ropes around the court. Even some of our fans headed for the exits, because The Spurs were up by five with 28 seconds left. D’s knee was hurt. We were a few missed shots away from losing it all. I remember thinking, “Holy shit. Oh no.”

When an unspoken vibe of defeat circulated in Bosh’s mind, he needed some external motivation. Something that always pumps him up during tough times. Here is what Bosh did when the Miami Heat were losing, with just seconds remaining on the clock.

“So I did what I always did when I was minutes from a loss. I turned to where my wife was sitting—hoping to see her staring right back at me, telling me with her eyes that she’d still love me if we didn’t win. But she wasn’t even looking in my direction. She was standing up. Clapping. She still believed. And then, because she did, so did I.”

A clutch shot at its finest 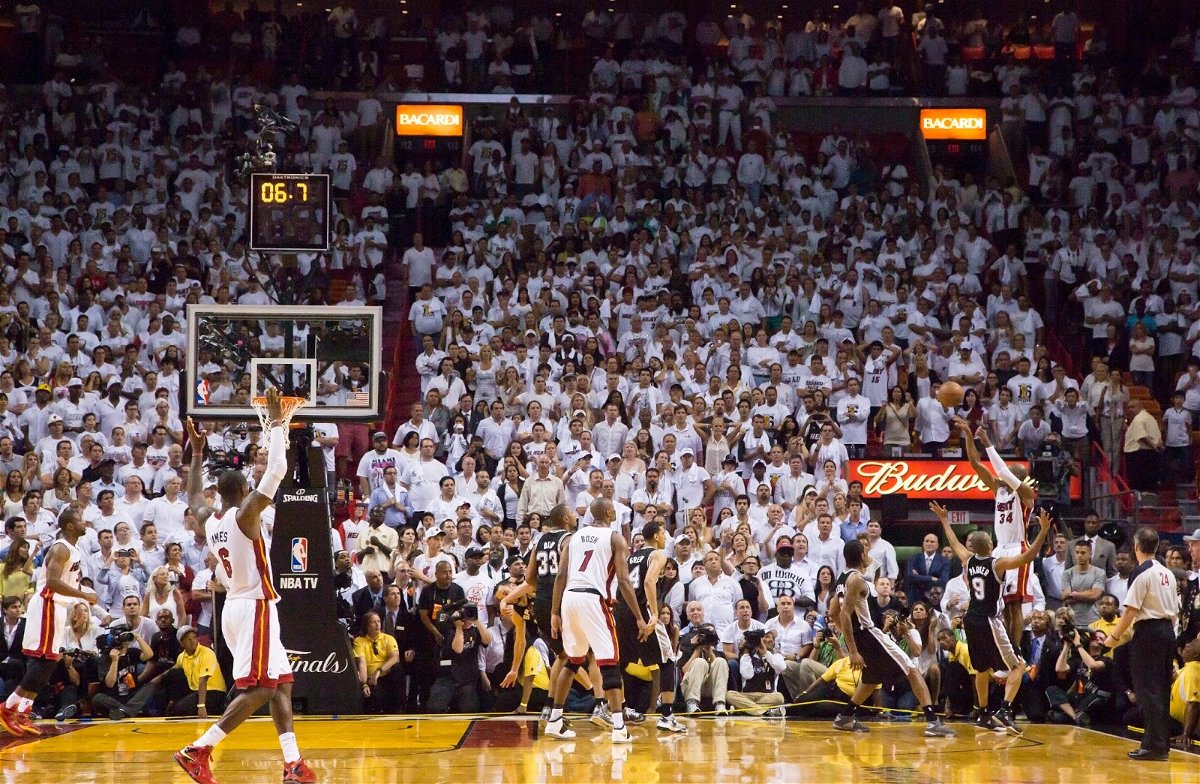 Ray Allen might have made 2,973 three-pointers in his career. But the most important one would be the shot against the Spurs in Game 6. As soon as Allen received the pass from Bosh, he only had about a second to set up for the shot and take it. The moment the pass came into his hands, Tony Parker rushed towards Allen with his hands stretched up and Kawhi Leonard was there to support him.

Allen made an incredibly challenging shot. The breath of thousands of Miami fans would have stopped when Allen launched the ball in the air. Nothing but pure jubilation for the fans as the ball came out through the net.

“And, a few days later, the trophy was back in American Airlines Arena for Game 7, only for a different team: Us,” Bosh’s newsletter reads. After the Spurs suffered an OT defeat in Game 6, they lost momentum, which ultimately handed the title to Miami. 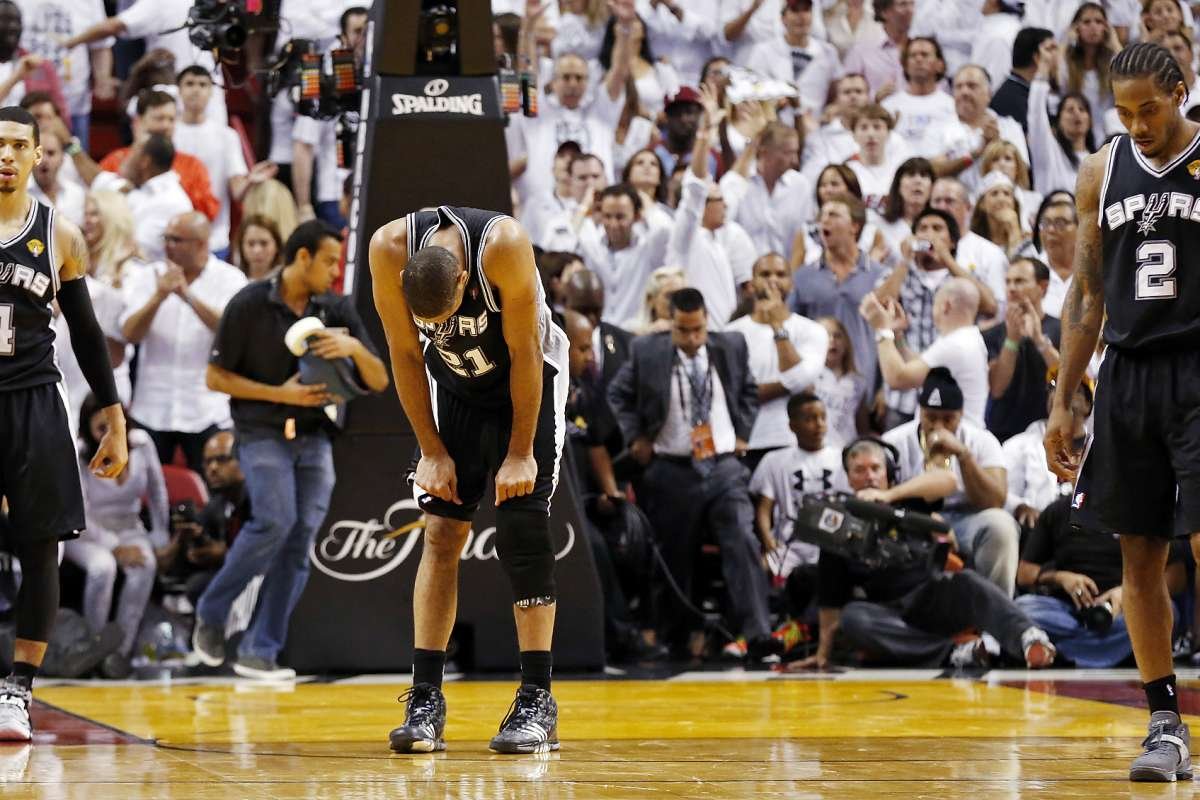 LeBron James put up 37 points to guide the Heat to their second straight title. The Spurs lost out on the 2013 championship, but came back strong the next year to avenge their loss. The Spurs bounced back in fantastic fashion as they humbled the Heat in five games in the 2014 Finals.