The public image of Kevin Durant has been tarnished ever since Ethan Sherwood Strauss released his new book titled ‘The Victory Machine: The Making and Unmaking of the Warriors Dynasty.’

Strauss recently joined Tom Haberstroh’s NBA podcast where he discussed his relationship with Durant and how it blew up.

‘The Athletic’ reporter had released excerpts from his book which went viral on social media. He detailed an incident between the two when Durant lost his cool after the former had written an article criticizing the two-time finals MVP.

Kevin Durant reportedly never got settled in with the Warriors fans. He often got into verbal spats with the fans over his acceptance as a core player of the team.

The unsettling time for Durant at San Francisco Bay

Kevin Durant joined the Golden State Warriors in 2016 after the team had just lost the NBA finals against the Cleveland Cavaliers.

Though Durant was already an MVP when he joined the team, the fans never approved of him. He struggled to fit into the squad and endured a disturbing three years at the Bay.

Durant was acquired as a free agent in 2016 after he decided to leave the Oklahoma City Thunder. The 6-foot-10 forward lost the Conference finals to the Warriors just the previous year. Joining the rival team just a year after they knocked him out made the fans furious. Sports pundits blasted the move and pestered him for taking the easy route. 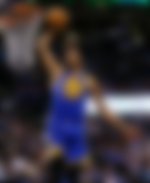 Strauss explained how Durant’s inclusion in the team was a no-win situation for him. Durant, leading the team to the championship glory in 2017, was neither lauded for his finals MVP award nor for stepping up during clutch situations. People were convinced that he was just another player who joined a team full of superstars.

Durant ended up losing the trust of the fans and accused them of defaming him. He even asked them not to praise other players at his expense. His stint with the Warriors was a troublesome one. The fans and the media shattered his image.

The rift between Kevin Durant and Strauss

Strauss revealed Durant’s fun personality when they both got along a few years ago. “He’s a basketball scholar. He notices a lot of things.” Durant’s open book personality was his biggest strength, according to Strauss.

However, “If you write things about them they don’t like, they tend to not like you. They take it personal because they don’t like what you’re saying,” Strauss added.

The turning point that pushed their relationship to the fray was when he wrote an article about how Warriors changed their offensive lineup to complement Durant. He learned from his friend that Durant was absolutely mad at him about the piece he had published.

Strauss recalled the time when they were in Sacramento and Durant was performing shootarounds on the court. “He just immediately leaves his shooting session, leaves the ball bouncing, storms up to me in front of the other media and starts going off about it and ends with yelling ‘You don’t know what makes me happy,’” he explained. Strauss remembers Durant’s trembling voice, which got the attention of every media person there.

He added how he never looked Durant in the eye after the incident happened. Both men have steered clear of each other ever since.