Dan Hooker Removes Stitches on His Eye on His Own

On this day four years ago, Kevin Durant decided to sign on with the Golden State Warriors. After spending almost a decade at the Oklahoma City Thunder, he signed with their Western Conference rivals. The move came just months after the Thunder lost in the Conference Finals to the Warriors. 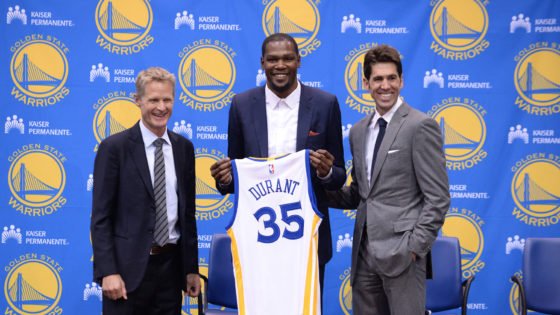 Durant was criticized heavily for the move, since the Warriors had come off a record-breaking 73-9 season. People blamed him for taking the easy route and not trying to establish a legacy. And even today, people won’t stop their attacks on Durant. On the anniversary of the infamous announcement, one such fan took his rant on Twitter, calling out Durant for whatever reasons he deemed fit. But Durant, instead of ignoring it, decided to take it upon himself to reply to his critic.

Looking back at his decision

In his famous Players’ Tribune feature titled ‘My Next Chapter‘, he explained why he left OKC. “The primary mandate I had for myself in making this decision was to have it based on the potential for my growth as a player — as that has always steered me in the right direction.

“But I am also at a point in my life where it is of equal importance to find an opportunity that encourages my evolution as a man: moving out of my comfort zone to a new city and community which offers the greatest potential for my contribution and personal growth. With this in mind, I have decided that I am going to join the Golden State Warriors.”

Kevin Durant finally gets his ring

At Warriors, Durant joined back-to-back MVP winner Steph Curry and formed an iconic duo. They also had All-Stars Klay Thompson and Draymond Green on their team. The Warriors had won a ring back in 2015 without Durant, and now they had all the help in the world to do it again. In his first season at the Golden State, they notched up 67 wins, six more than 2nd seeded San Antonio Spurs. 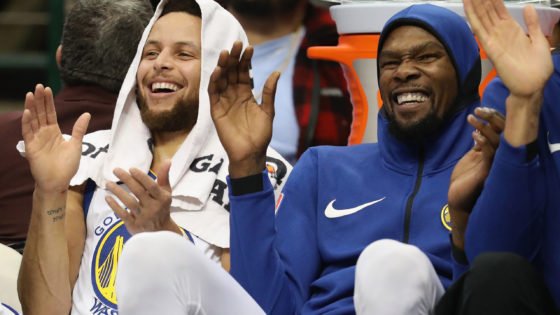 The Warriors continued their dominance in the playoffs, as they mauled over all of their opponents in the Western Conference. They did not lose a single game, going 12-0. In the Finals, they met LeBron James and the Cleveland Cavaliers. In Game 3, Durant hit one of the most iconic shots in playoff history. With less than a minute to go, he hit a dagger from outside, on LeBron, to give the Warriors a crucial lead.

The Warriors went on to thrash the Cavaliers 4-1 to seal the deal. They became only the third team in NBA history to lose just a single game in a playoff run. Durant finally got his much-awaited ring. Averaging a whopping 35 points per game, he also took home the Finals MVP.

Not the ending Durant wanted

Next season, they came in 2nd seed in the regular season. The first seed, Houston Rockets, were among the favorites to win the title. They battled with the Warriors in a seven-game series during the Conference Finals, but the Warriors sneaked out with after clinching Game 7. Had Chris Paul not been injured for the Rockets, it could have been a different story. But the Warriors made the most out of the situation.

The NBA Finals was a no-contest. Durant led the Warriors yet again as they blanked the hapless Cavaliers yet again. With that, he got his second ring in two years. The Slim Reaper was on a tear yet again as he averaged 29 points and 11 rebounds to earn his second Finals MVP. 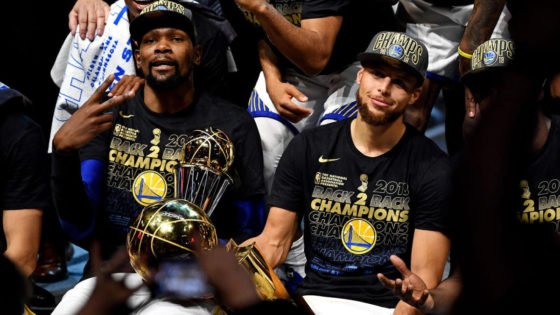 He was on course for a three-peat with the Warriors, but Kawhi Leonard, along with several injuries, put an end to that dream. Durant injured himself in the NBA Finals against the Toronto Raptors and could not prevent them from losing 2-4. Later, in the 2019 Free Agency, Kevin Durant left the Warriors in a sign and trade in an attempt to create a new legacy in Brooklyn. He’ll be back from injury next season and will be looking to achieve similar success as he had at Golden State. 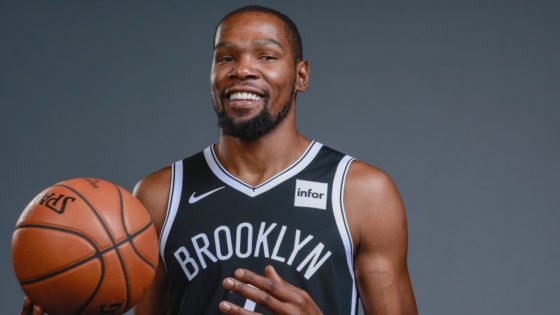