Call of Duty: Scump and Nadeshot Explain Why eSports Pros Need to Create their Own Brand

Managing finance is always a hard-task in the NBA. There is just so much inflow and outflow of money, that you need a solid team of accountants to keep the amounts tallied. Strange trade deals have been recorded in the past due to teams holding an insufficient amount of money in their purse. Well, if you ask Milwaukee Bucks star Kyle Korver about one such experience, he can brief you a bit about it.

The 2003 NBA Draft is right up there as one of the best ever. This particular draft class saw LeBron James emerge as a high-school talent, who would later go on to be the face of the NBA. Several other superstars like Carmelo Anthony, Dwyane Wade, and Chris Bosh, all belong to the 2003 draft class.

Current Bucks player Kyle Korver is also part of the same draft class. The New Jersey Nets selected him as the 51st overall pick in the second round of the draft. Upon picking Korver, the Nets realized they made a blunder. The team was low on cash and wanted to make a deal by selling the draft rights of Korver to the Philadelphia 76ers. The Nets did succeed in the deal and traded Korver to the Sixers for $125,000. As Korver went to the Sixers, he later found out about how the Nets used the sum that they received. 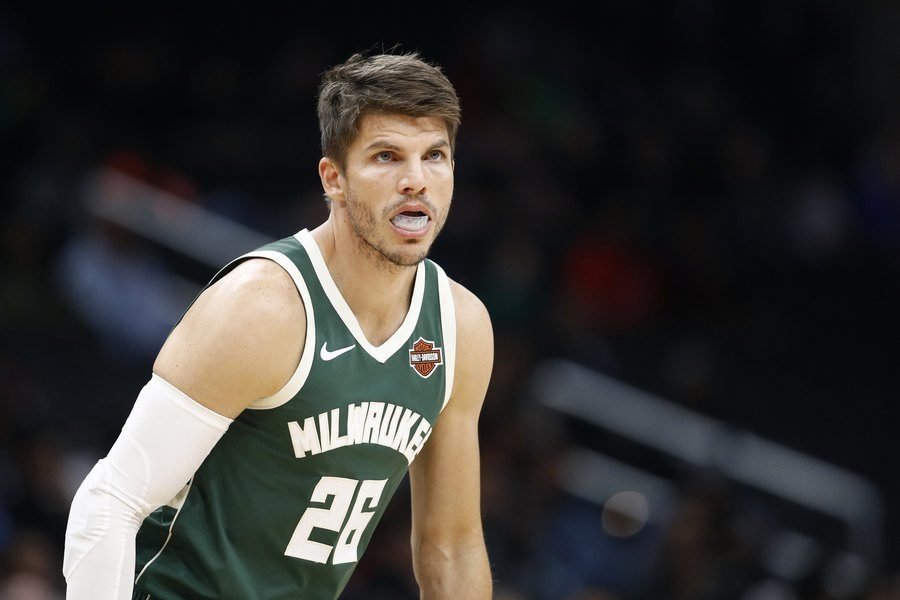 In 2019, Korver’s alma mater Creighton University conferred the NBA player with a doctorate. As Korver indulged the crowd by delivering a bright speech, he stumbled upon his draft experience at one point.

“The 51st pick, to the New Jersey Nets,” Korver said, talking about his draft pick. “I found out shortly afterwards that I had been traded to Philly. I’m not sure if traded is the right word.”

“I was more or less sold for an undisclosed amount of money. I later found out (the Nets) used that money to pay for the entry fee for their summer league team, and with the leftover money, they bought a copy machine.”

The crowd engaged a mild laughter as Korver sarcastically uttered the words. Then, the NBA veteran than revealed how he silently won the battle against the copy machine that replaced him.

“But it’s okay, because a couple of years ago, that copy machine broke. And I’m still playing.” The Nets might have taken a hasty decision in selling Korver for such a low price tag at that time.  But it didn’t stop Korver. With a wave of determination, he kept going, didn’t stop and his NBA career has now outlived the copier machine.

The copier machine bought by the Nets with Korver’s trade amount is now defunct. On the other hand, Korver is still going strong in his 17th year as an NBA player. He currently plays for the Milwaukee Bucks, who are strong contenders for the title this year. Korver has played 50 games this season and holds an average of 6.7 points, 2.1 rebounds, and 1.2 assists.