“I Am Still Fighting for the Most Important Things” – Rafael Nadal

When Kawhi Leonard joined the Toronto Raptors in 2019, there were many speculations about his move. Issues, like his health condition and a short-term contract with the team, raised doubts over his performance. But when the Klaw landed in Toronto, his hunger for a second career-title grew and the rest, as we know, is history.

The Raptors had an incredible squad in 2019 and deserved every bit of their championship victory. The team booked a place in the playoffs with the second-best record in the league, ranking just below the Milwaukee Bucks.

Upon successfully eliminating their opponents in the playoffs, the Raptors earned a chance to win their first-ever title in franchise history. They met the Golden State Warriors in the finals, who were becoming a regular entrant in the grand stage. One advantage the Raptors had was that they made a clean sweep of Steph Curry and the Warriors when they faced off in the regular season.

Leonard and the Raptors made history when they finished off the Warriors in six games to give Toronto its first title in NBA history. The city went wild with celebrations and people couldn’t control their emotions. In fact, today marks the first anniversary of the Raptors’ historic championship-winning game. On June 14, 2019, the Toronto Raptors lifted the Larry O’Brien trophy for the first time in franchise history.

Kawhi and the Raptors brought a title to The North one year ago 🏆 pic.twitter.com/3E2cWp3fnA

For some in Toronto, they wish the term defending champions stays attached to their city forever. It has a nice ring to it, as the team still celebrates its first-ever NBA title.

Toronto Raptors deserve the extended title defense, according to the city mayor

Toronto’s Mayor, John Tory, spoke on the NBA’s hiatus and brought out the silver lining from this unusual offseason. If the league had run as per its original schedule, we would have witnessed the finals by now. Instead, the dates are pushed back owing to the severity of the coronavirus crisis.

For Mayor Tory, the Raptors being the defending champs is enough, even if the season is called off. It is still better because they’ll remain champions for two years. “If they never get around to playing the playoffs, I guess we would stay the champs for two years which is fine with me. We deserve it,” said the Mayor to journalist Chris Fox. 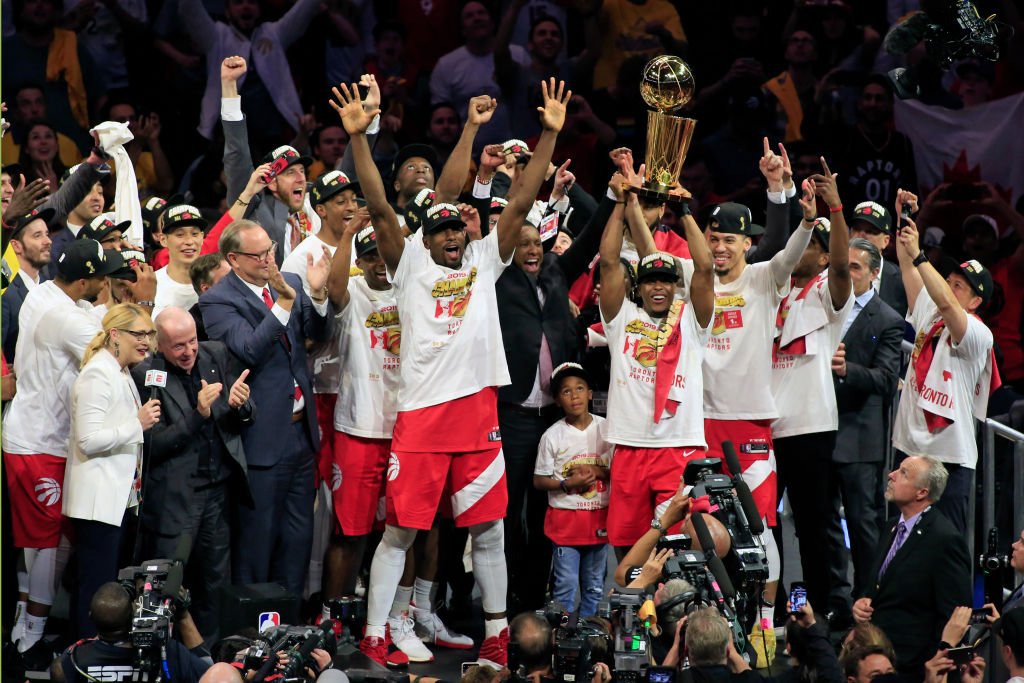 The Raptors currently stand second in the Eastern Conference and would look to make the most of their eight games when the season resumes. Sadly, they have to compete hard in order to defend their title. As the season resumes on July 31, we might see a new champion when it all concludes in October.