Ever since the news broke out about the untimely demise of Lakers legend Kobe Bryant, the world could not recuperate from the loss. Kobe took Gigi with him, leaving Vanessa Bryant to take care of his other three daughters, Natalia, Bianka, and Capri.

The beginning of the new decade has not kicked off well, from looking at the things we have been through in the past few months. For the Bryant family, it becomes even tougher to handle it without Kobe, who always stood as a pillar of strength to his loved ones.

Vanessa has been extremely strong in accepting the fact that life has to go on. On a positive note, she has been receiving so much love and support from several personalities who loved Kobe.

Olympic gold medalist and World Cup-winning member of the US women’s soccer team Sydney Leroux has a close attachment with the Bryant family. The 30-year-old whose spouse is also a professional soccer player, delivered a note to Vanessa, assuring that her family will always continue to love and support the Bryant family, no matter what.

Here is what the Orlando Pride forward wrote in her touching note to Vanessa and her daughters.

We love you with all our hearts.

A gift from us.

We’re always here for you. 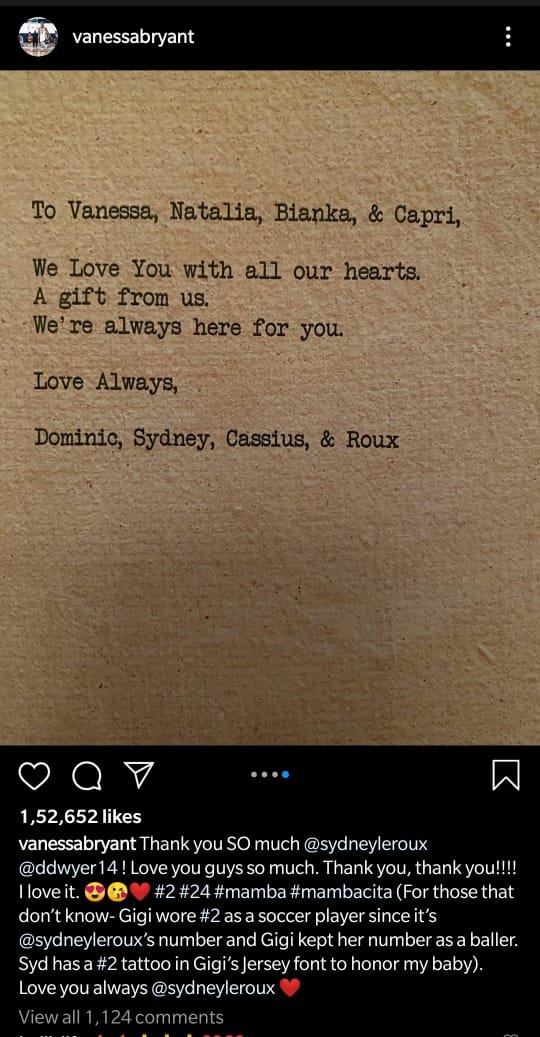 The gift is a collage of the late Kobe and Gigi with wings attached to their back. Vanessa thanked Sydney and her family for sending this moving piece of gift and the note of support.

Sydney Leroux also honored Gianna Bryant by inking the #2 in Gigi’s basketball jersey font. As per Vanessa, Giannia idolized Sydney and got inspired by her. Moreover, she took the #2 jersey as a basketball player based on the fact that Sydney sports the same number on her soccer jersey as well. 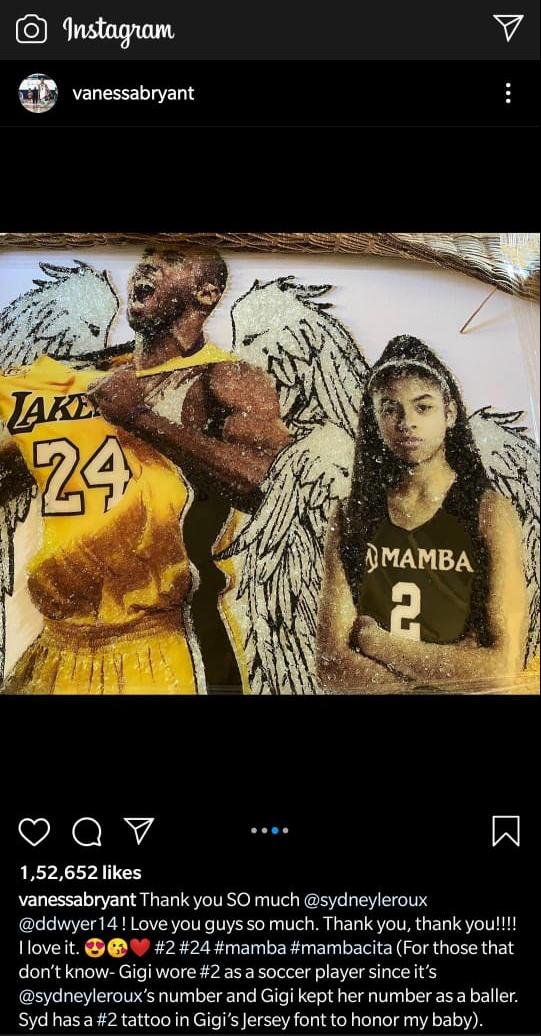 It is incredible to see everyone uniting to display their support to Vanessa Bryant. Vanessa is successfully enduring such a testing time in her life. The death of her beloved husband would’ve left her stunned and scarred for life. But, the mother of three knows her responsibilities and is now taking care of the family with all her strength.