What All is FIA Doing to Ensure Safety of Drivers and Mechanics Once Season Resumes in Austria?

LaVar Ball is no less popular than a NBA athletes. In fact, he is no NBA professional. He is the proud father of three basketball talents and one of them plays in the NBA. LaVar is well known for making surprising statements to the media. He is the person who claimed that he could beat Michael Jordan in a 1v1. Now, he’s taking a shot at the Portland Trail Blazers.

The Portland Trail Blazers are one among the teams that are taking part in the NBA’s Orlando bubble. With a talented roster in their hands, the team would look to clinch the final playoff spot to stay in the postseason mix.

While the team boasts multiple talents with the likes of Damian Lillard, CJ McCollum, and Carmelo Anthony, LaVar Ball still thinks that the Blazers will not be successful in achieving their championship hunt.

By successfully raising his sons to become talented basketball players, there is no doubt of LaVar’s love for the game. Along with that comes free opinions about the NBA. This time around, LaVar clearly expressed why the city of Portland might never be NBA champions any time soon.

Ball blames the hefty contract prices of the Blazers’ guards, Lillard and CJ McCollum. Here is what he said on a recent podcast appearance on Say Less with Kaz. According to TalkBasket, Ball addressed the point when he spoke about his three sons potentially teaming up for the New York Knicks in the future.

“Look at the Portland Trail Blazers. You got three hundred million tied in two guards. You ain’t never gonna win nothing,” LaVar said. “When you tie up all the money in two players it ain’t gonna happen like that.” 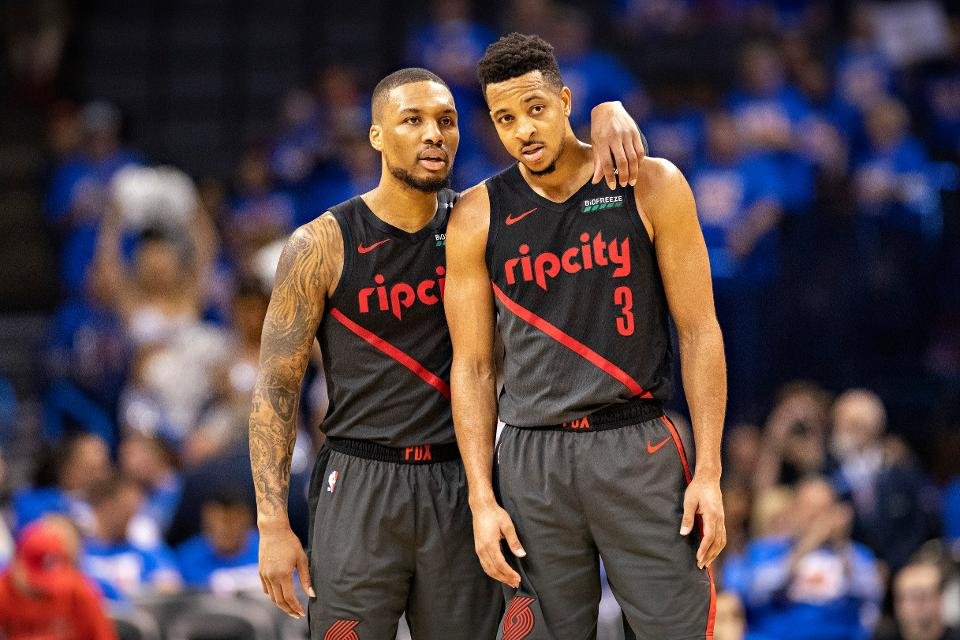 With Ball’s statement, there is however one significant fact. The contract amount of both these players is crazily high. The Blazers now lead the league in the amount spent on payroll for this season. As per Hoops Hype, the Blazers are currently shelling out a combined sum of $137,371,388 on their players. The highest-paid Blazers star is Damian Lillard who is just ahead of CJ McCollum.