The most beneficial part of the quarantine period is that fans get to discover a lot of unheard stories from their favorite players. The NBA world is filled with interesting backstories that contribute to the rise or downfall of a player. Further, the deals which teams make largely affect their future as well. If you want a guarantee on this, you should maybe ask the Minnesota Timberwolves or Jimmy Butler.

Jimmy Butler fell down the ladder and was picked 30th in the 2011 NBA draft. Butler, a man with a troubled past, won the NBA Most Improved Player award in 2015. Butler’s majority playing time in his career so far, has come with the Chicago Bulls.

But Butler was traded to the Minnesota Timberwolves in 2017. Moving to a new team after playing for six years with the Bulls must have been hard. Butler started off with the Wolves in a decent fashion, but found his career going nowhere.

After just playing just 74 games for the Wolves, Butler requested a trade to move away from the team. The decision was a shock for both the fans and the management. The Timberwolves traded Bulter to the Philadelphia 76ers early in November 2018. To explain his stint with his new team, he spent lesser time with the 76ers than he spent with the Wolves.

Tom Thibodeau was the former head coach and the president of basketball operations for the Minnesota Timberwolves. He was in charge of the team when Butler left. After being fired from his job in 2019, Thibodeau has been on a hunt to return to the NBA ever since.

Amid strong links for a coaching job with the Houston Rockets and the Brooklyn Nets, Thibodeau made an appearance on Adrian Wojnarowski’s ‘The Woj Pod,’ where he gave his take on the trade of 30-year-old Butler.

He spoke about the performance of the team when Butler was a part of it. “So if we have Jimmy healthy, with Carl and Andrew, and Derrick healthy, we were gonna be pretty good. We’re gonna have a darn good team,” Thibodeau said. “So you’re trying to reason with him that way, but also got it from his perspective that sometimes there is a hierarchy amongst the team.

“Unfortunately, it unfolded late, and you’re trying to do what’s best. So we knew at that time we were going to probably have to wait 20 games before teams will be willing to give a good offer.”

Thibodeau claims the team got a good offer from the 76ers in terms of the players coming in. He felt it was the right way to move forward. 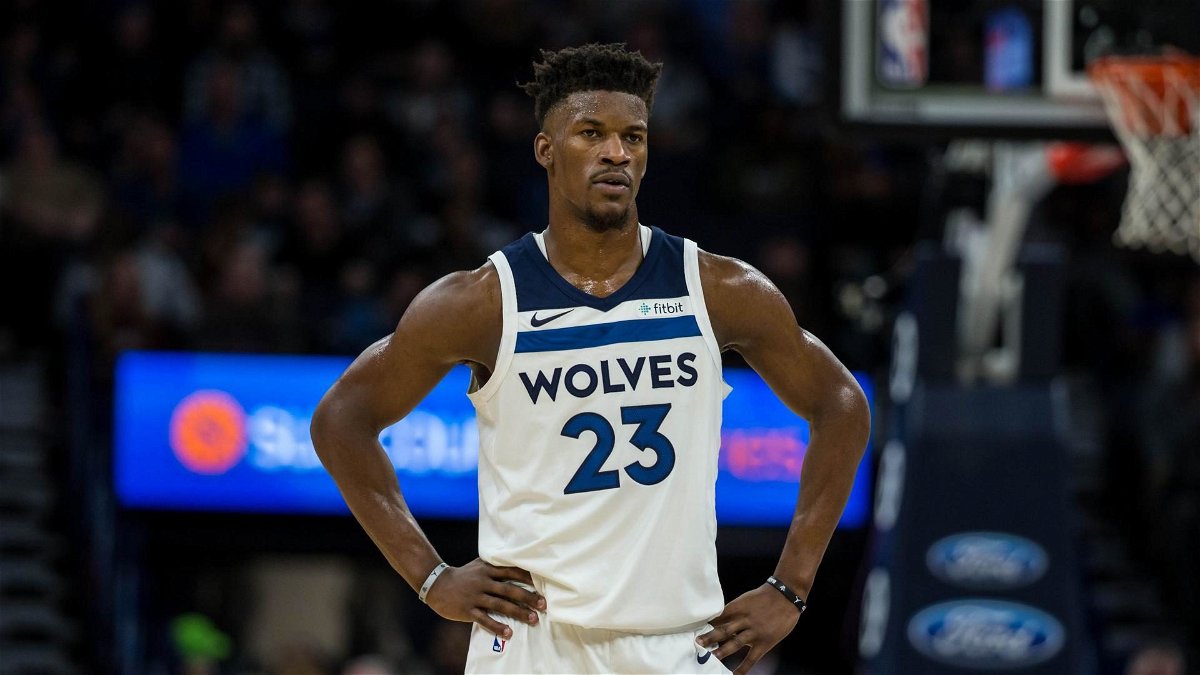 “If you looked at what the team did after the trade, that team played very well. The record was something like 15-11 or 15-10, something like that. But obviously with Jimmy being there, if you dig into those numbers, you see the impact and the type of team that we had, I thought we were on our way.”

Thibodeau’s tone clearly brings a hint of resentment about letting Jimmy Butler go. He was by far the better player on the team, and his departure led to a huge void. The Wolves management sacked Thibodeau just months after Bulter left the team.