“I am Convinced that we are Mercedes’ Main Competitor” – Red Bull

The Philadelphia 76ers guard Ben Simmons is struggling with an injured back. The 23-year-old player is expected to be sidelined for an undetermined period of time, league sources told ESPN’s, Adrian Wojnarowski.

Wojnarowski noted Simmons’ injury is considered to be more than “day-to-day,” though a timetable for his return to the court is unclear. Per Wojnarowski, a rehab plan and timeline could be determined as early as Tuesday.

ESPN Sources: Sixers star Ben Simmons is still undergoing treatment and evaluation on his back and there’s expected to be a course of action decided upon soon. This isn’t a day-to-day injury; Simmons will miss time. How much time? That’s still unclear.

The injury will have longer-term implications than simply the 76ers’ upcoming West Coast trip.

How Simmons’ injury affects the 76ers 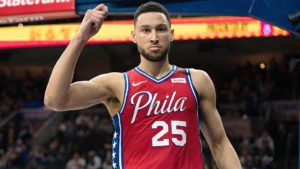 “I don’t know,” Sixers coach Brett Brown said before Monday night’s 129-112 win over the Atlanta Hawks when asked how long Simmons will be sidelined. “It really is kind of, like, how long is a piece of string? Who knows? Who knows?

“Whatever the time equals on days, games, period of time, then we can talk more honestly as this thing shakes out. But as it sits right now, that’s how I see the world.”

Simmons, who played less than five minutes in Philadelphia’s loss to the Bucks on Saturday night before exiting with back soreness, was described by sources as emotional after leaving the X-ray room at Milwaukee’s Fiserv Forum.

He also missed Thursday’s overtime win at home versus the Brooklyn Nets with lower back tightness.

“This is the opportunity we have without an NBA All-Star, without a starting point guard, and we will manufacture ball carriers with the group that’s been left back outside of Ben not being with us, and what that role looks like and who has that responsibility.”

Brown said the Sixers will not try to replace the star player. Simmons is averaging 16.9 points, 7.9 rebounds and 8.3 assists this season -with one player, instead opting for a “point guard by committee” approach. Second-year guard Shake Milton started in place of Simmons on Monday, finishing with 7 points, 5 rebounds and 6 assists. Shooting guard Josh Richardson also played the point.

“Stand On What You Believe In”: Former NBA Champion Urges Athletes to Stand Up and Voice Support for the Ongoing Protests