The Legend That Could Have Changed the NBA Legacy of Michael Jordan, Larry Bird and Others

We know the golden age of the NBA as that of Magic Johnson, Michael Jordan, Larry Bird. However, one name which gets filtered out is Arvydas Sabonis. Don’t know who that is? Exactly!

How the NBA lost a potential star

Kaunas, Lithuania born Arvydas Sabonis, started playing basketball when he was 13. When he was 15 years old, he was a member of the Soviet national junior team. At age 17, he signed with hometown team, Žalgiris Kaunas.

First of all, Sabonis’ injuries were a major problem. He suffered an Achilles’ tendon injury in a 1986 team practice. Fast forward to 1988, Sabonis had another Achilles injury, this time in his left leg.

His team rushed him back on the floor with the USSR Olympic Team before full recovery and 18-months without basketball. Sabonis’ overuse made a huge impact on his career.

Second, Sabonis could not make into the NBA once it drafted him. The biggest reasons are Cold War and Iron Curtain. The Hawks drafted him in the ’85 Draft, with a late 77th pick. The NBA declared the pick void because when the draft happened, Sabonis was not 21 yet.

In the 1986 Draft, another team tried to get their hands on Arvydas. It was the Portland Trail Blazers. They used 24th pick to select Sabonis. They tried all the possible methods to sign him. However, they couldn’t  get him before 1995.

Once on board the Trail Blazers, Sabonis made sure the team was a threat on the court. He was unlike any other rookie. Because the Soviet Union would not let him go to America to play, he was almost a decade older than most rookies. However, he dominated the competition once he played, scoring 14.5 points per game while averaging 8.1 rebounds. 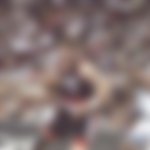 The league selected Sabonis to the all-rookie team for his efforts. He came second in the Rookie of the Year voting.

In January 1997, Sabonis recorded 33 points against the Dallas Mavericks. He did this when he past his prime as an NBA player.

This 33-point night made many think about how many similar performances he could have put out in the early ’90s. Those were the times when he was in his prime, playing in Spain and in the ’80s when he was playing in the Soviet Union.

Many say he wasted his peak years in Europe. If he had played in the NBA his entire career, he would have multiple titles under his belt. The NBA community could consider him as one of the G.O.A.Ts of that era.