The COY winner is almost always the bench boss of one of the very best teams in the league. Last year, Mike Budenholzer won the award as the leader of the 60-win Bucks. Dwane Casey earned it the year prior, leading the team with the second-best record in the NBA. Mike D’Antoni claimed the award in 2016-17 as the Rockets finished with the league’s third-best record — the two teams ahead of him were coached by then reigning Coach of the Year Steve Kerr and three-time winner Gregg Popovich. 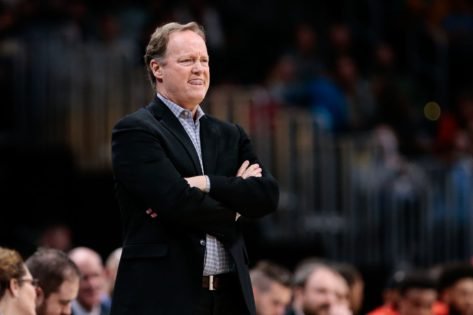 Recent Coach of the Year trends

Looking at the recent history of the award and the candidates on the table, it’s pretty easy to narrow this down to who has a shot at building a winning narrative over the last seven weeks of the season.

Budenholzer coaches the best team again, but there’s an unwritten rule that coaches don’t win the award in back-to-back seasons. It’s never happened. It probably stands to reason that if voters haven’t broken this rule for Popovich, Phil Jackson or Kerr, they won’t break it for Budenholzer, who hasn’t won a title.

Coaches tend to get snubbed when their teams seem overloaded with talent. Kerr hasn’t won since 2016. Erik Spoelstra never won during the Heats’ reign.

This would tend to rule out Rivers given how loaded everyone agreed the Clippers were entering the season as the title favourite. It might hurt Frank Vogel as well, though there are other compelling points in Vogel’s favour.

Vogel is a coach’s coach and has a nice story, being cast off from a bad franchise and somehow getting hired to coach LeBron James and Anthony Davis, and then connecting with them and winning. Malone is a coach’s coach and isn’t a fluke. There is a real string of success for him in Denver after getting unfairly pushed out in Sacramento. His narrative isn’t as dramatic as Vogel’s, but it’s still a warm story. Stevens has been a media darling in the past and doesn’t already have a Coach of the Year win. Billy Donavon has salvaged the Thunder from the ashes and made them a legitimate playoff contender

But according to us the favourite at this point should be Nurse. 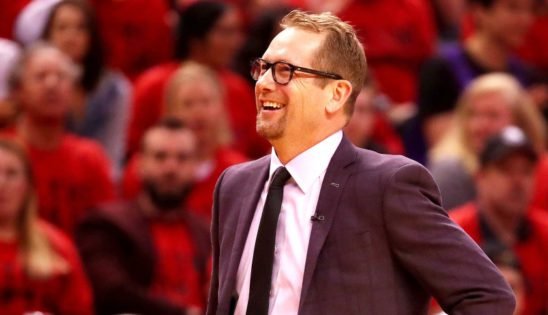 He led the Raptors to the championship last season as a rookie NBA head coach. He’s a media darling. No one expected the Raptors to be this good after losing Kawhi Leonard. How the team navigated several major injuries to major players was revealing in a good way. The development of raw players into stars, the inclusion of unheralded rookies out of necessity and want, the incredible team culture — Nurse gets some credit for all of it.

Barring some major changes in standings down the stretch or a breaking of the precedent against back-to-back winners, Nurse should be the Coach of the Year.