Winners of the Trade Deadline

The Clippers made a big splash in the trade window. They acquired Marcus Morris of the New York Knicks.

Morris is in the midst of a career-best season. He’s averaging 19.6 points and 5.4 rebounds a game, whilst shooting 44% from 3-point.

He adds much-needed shooting and defensive prowess for the Clippers. Additionally, he’s not a ball-dominant player and can play off the ball. It frees up Paul George, Kawhi Leonard and Lou Williams to handle the ball.

The Clippers are an average 3-point shooting and defensive team. Morris will address these issues. The Clippers may have lost out on Igoudala but have traded for a strong scoring forward.

Andre Iguodala finally got his wish. He joined the Miami Heat just before the trade deadline shut. He’s now part of a team that has aspirations of a deep playoff run. Igoudala one of the best two-way players in the game today. While his numbers in the regular season don’t stand out, they jump drastically during the playoffs.

He was a key member of the Warriors dynasty that made five consecutive NBA finals. No award more proves his credentials, than winning the 2015 NBA Finals MVP award. 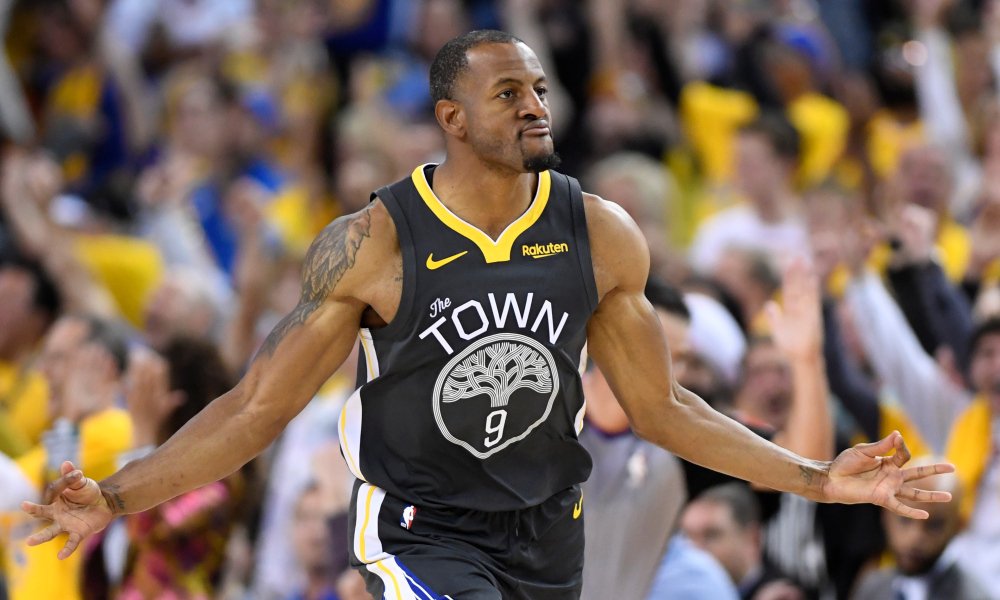 He adds much-needed support for the Heat’s second unit and lockerroom leadership.

Additionally, Igoudala signed a 2-year, $30 million extensions with the Heat.  This locks him up with the team until the 2021-22 season with the Miami Heat, who can benefit from his experience.

The Heat emerged as a surprising top four seeded team in the NBA’s Eastern Conference. Before the deadline passed, they traded for Andre Igoudala, Jae Crowder. The Heat only traded away some older players not getting much game time.

The Heat under Pat Riley was supposed to be a rebuilding team. Yet through shrewd moves in the draft, they have developed the talent and acquired a legitimate star in Jimmy Butler. Now they have two talents with playoff experience on their roster. 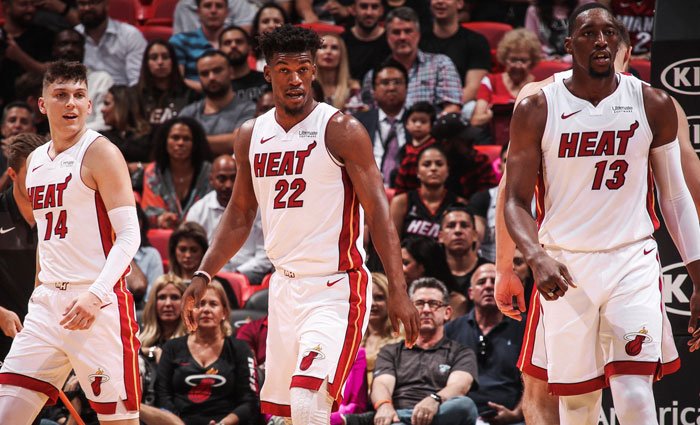 The two can add much needed interior defence within the 3-point line. Currently, the Heat let opponents score 53% of their 2-point goals. That’s good enough for only 20th in the league. The new additions should easily help reduce that figure.

The Heat, unfortunately, could not make a trade for Danilo Gallinari. The Italian was linked to Miami, but the no move materialized.

Regardless, the Heat have upgraded their roster and are set for a deep playoff run this season.

Losers of the Trade Deadline

Isaiah Thomas on his day can be a great scorer. However, the reality is his height makes him a defensive liability. Unless surrounded by elite defenders he cannot thrive.

Thomas joined the Clippers through a three-team trade. Immediately after joining the Clippers, he was waived by the Clippers. He will become a free agent within 48 hours.

The question for Thomas is if any team wants to take a gamble with him. Not since his days with the Boston Celtics has he been able to replicate a near 30 points per game scoring form. It might be unlikely, but none of the playoff contenders would be interested in taking Thomas on their roster.

NBA centres made few moves. Not for the better. Clint Capela and Andre Drummond are two examples. The two centres changed teams right before the NBA Trade Deadline. The Houston Rockets leveraged Clint Capela in a four-team trade to land Robert Covington. Andre Drummond was traded to the Cleveland Cavaliers from the Detriot Pistons.

Capela was moved to land Robert Covington. Whilst he’s an upgrade for the Atlanta Hawks, the Rockets are poised and re-tooled for a deep playoff run. Capela isn’t likely going to enjoy that luxury with a young Hawks team this season. 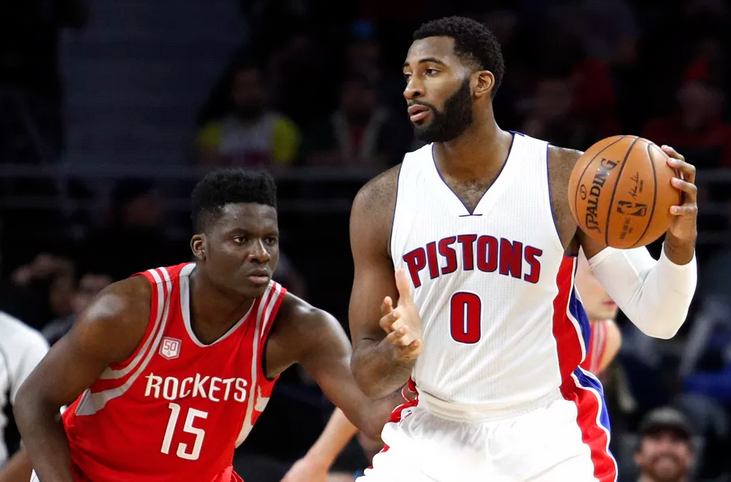 Arguably the most surprising move was Andre Drummond. The Big man was in demand this season. The Pistons likely did not want him on the payrolls of the team, if he exercised his player option for the 2020-21 season. It would have been worth $28.8 million. He was actively shopped around the league, as the Pistons are set to rebuild.

Heading to the Cavaliers, he’s not going to have a chance of reaching the postseason. Something that may have been possible with the Pistons who were four games behind the 8th seed in the East.

As stated above, the Pistons traded their star centre in Andre Drummond. Likely not wanting to see him walk away in free agency, or take the financial burden of his player option. Given he’s one of the elite rebounding players in the league today, the compensation received was woeful.

Getting Brandon Knight and John Henson a second-round draft pick is a sub-par return for the elite rebounder. The two of them do not even make up for the production loss that will be experienced by Drummonds departure. 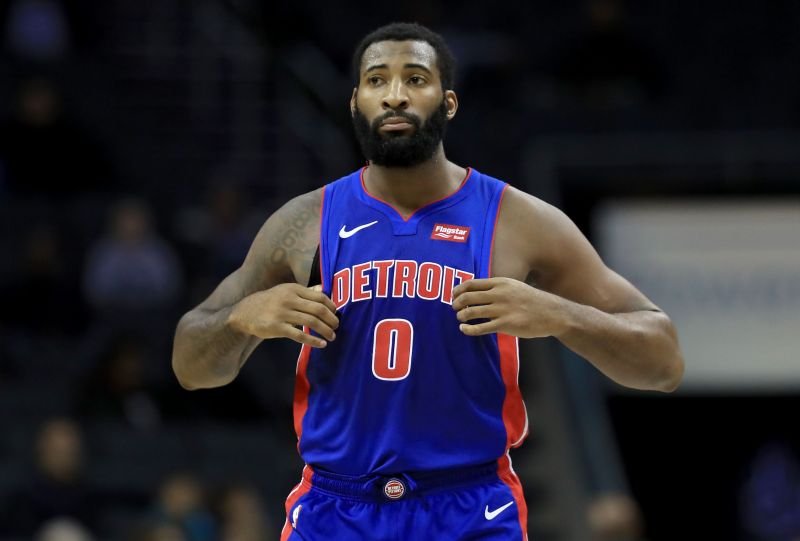 With an injury-plagued Blake Griffin as the team’s star man, it’s likely that the Pistons will look at trading Blake Griffin and Derrick Rose in the upcoming off-season.

The Pistons should ideally try to get better returns for those two players, than what they received for Andre Drummond.

Sports is such an amazing passion. A content writer of NBA

“KD Is No Dirk”: Analyst Lashes Out at Brooklyn Nets Player Over Kevin Durant Remark

“Get All These Mother—-ers In Jail”: Former NBA Champion Stephen Jackson Vows To Avenge The People Behind George Floyd’s Death