PFL Pulls Into Front Row of MMA Alongside UFC

The PFL has positioned itself in the front row of the world of MMA just weeks out from returning on ESPN.

Since breaking into the sport just a few short years ago, the PFL has used the uniqueness of its regular season format to capture the attention of fans all around the globe.

By placing fighters into a season-long race to a tournament bracket much like that of the NFL, NBA, MLB and soccer leagues, the PFL has given fans of the sport some of the best matchups to date.

Through this process, the likes of Kayla Harrison, Ray Cooper III, Lance Palmer, Natan Schulte and others have claimed the top spot and championship to go along with it.

But this year is going to be much different. 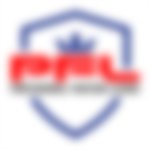 The stakes have been raised even higher as the PFL has solidified hold as one of the Top-2 promotions in MMA alongside the UFC and well ahead of ONE Championship after it was revealed the Asian-based promotion was hit with a substantial net loss.

While others have failed to deliver, the PFL has added. Newcomers to the team include former world champions Fabricio Werdum, Rory MacDonald and Anthony Pettis will be joined by boxing legend Claressa Shields when she makes her debut later this year.

The PFL also used the time between seasons to continue boosting social media and technology including the release of an OTT platform along with the addition of IBM technologies to SmartCage and Cagenomics.

The PFL is broadcast in the United States on the ESPN family of networks in primetime, along with being distributed to 160 additional countries around the world on premium sports networks.

It is not every day that an Olympian will step into the cage and compete in MMA. But the PFL has the chance to do that on multiple instances.

Kayla Harrison excelled in judo before transitioning over to mixed martial arts. The two-time Olympic gold medalist has earned wins in all eight of her pro bouts, including the 2019 PFL lightweight title.

With her incredible blend of athleticism and experience, there is little doubt that Harrison is one of the top female fighters in the sport today.

That title, though, could be shared in the coming years with Shields, as the boxing sensation is set to make her MMA debut later this year in PFL.

Shields, a three-division world champion, is also a two-time Olympic gold medalist. Her decision to sign with PFL for her MMA career shows the significance of the promotion and what it can do for both her and the PFL, in general, moving forward.

At the 2019 PFL championship finale, Harrison, Cooper, Ali Isayev, Schulte, Palmer and Emiliano Sordi all walked out of New York City’s Hulu Theater at Madison Square Garden as winners of the gold belt and $1 million.

By itself, that is as strong a collection of winners in MMA. But that’s not all.

Over the past few months, the PFL looked to further build each division with the best of the best. They brought in former world champion and legendary fighter Werdum to compete in the heavyweight division.

Werdum is as experienced a submission fighter as there is, holding wins over the likes of Fedor Emelianenko, Cain Velasquez and Alistair Overeem.

To give the lightweight ranks another viable contender, the PFL signed Pettis. Better known as “Showtime,” Pettis has claimed titles in both the UFC and WEC with victories over Donald Cerrone, Stephen Thompson and Benson Henderson.

Not wanting to miss out on any of the talent that the world has to offer, the PFL has made it a priority to search out any and all fighters.

The promotion has already put together an international qualifier in Russia and has plans to continue that process by taking things to other uncharted territories.

By using an IQS, the PFL can provide the exact same opportunity as those on the main roster to earn victories and rise to the top. It truly is a fair and equal shot at competing for all athletes.

An executive team led by Peter Murray, a man that has a proven track record as a marketer and senior sports executive. Murray has helped with the rapid rise of the PFL by building fighters into superstars and having a pulse on the ever-changing atmosphere of MMA.

Joining Murray are George Greenberg, a 16-time Emmy winner that has helped with PFL Studios, a unique and one-of-a-kind library of content including fighter features and past events.