A player’s jersey number is something that becomes synonymous with his identity throughout his playing career. Fans can say the same for Green Bay Packers quarterback Aaron Rodgers, who has associated the No.12 jersey with greatness.

The moment the ball is snapped to the No.12 on Green Bay’s offensive plays, fans know that their 2x NFL regular season MVP and Super Bowl winner is set to dominate the opposition with inch-perfect passes. 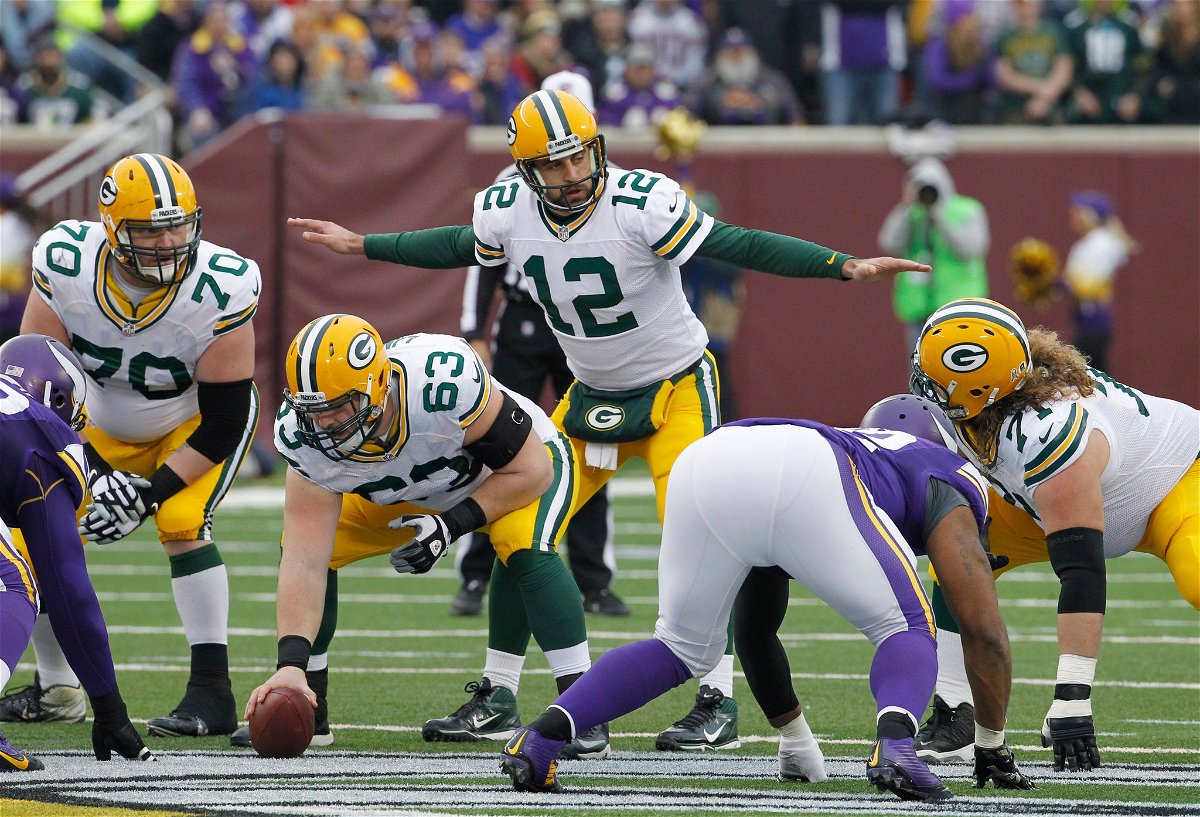 However, what is the reason behind the Lambeau Field legend getting the number 12 jersey? Also, why did he stick with it for the entirety of his career?

Why didn’t Aaron Rodgers continue with his college jersey number?

Aaron Rodgers played three seasons of college football in his home state. In 2002, he turned out for the Butte Community College before making the switch to the University of California, Berkeley, in his sophomore year. 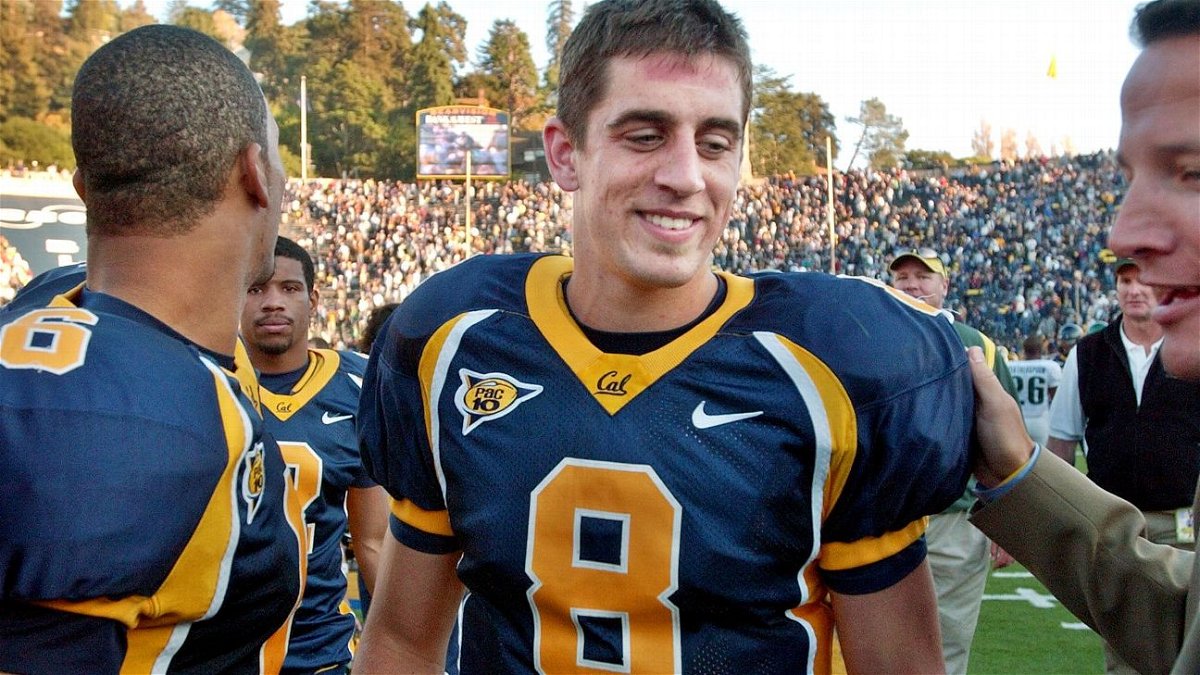 He represented the Golden Bears in 2003 and 2004 and made the No.8 jersey his own. However, when he made his NFL bow in 2005, he could not keep his college football jersey number.

This is because a special team player Ryan Longwell held the number. The kicker was entering his ninth NFL season with ‘The Green and Gold.’ There was absolutely no way an experienced player would opt to hand over his jersey number to a rookie.

The NFL permits quarterbacks to wear a number from 1 to 20, and Aaron Rodgers received the No.12 shirt.

This was the number worn by Zeke Bartowski when he featured as the backup to Bart Starr in the 1966 season. This was when Green Bay claimed the first two Super Bowl games under Vincent Lombardi.

However, in 2006, Rodgers could have switched back to No.8, but he didn’t and made the No.12 his own, at least in Wisconsin.

Aaron Rodgers lives up to the legacy of the No.12 jersey

Numerous quarterbacks have worn the No.12 jersey during their playing days. A fair few of them have guided their teams to the Super Bowl.

These include the likes of Tom Brady, John Elway, Terry Bradshaw, Roger Staubach, and Bob Griese. Most numbers have legends associated with it, but these names are stellar in football circles. 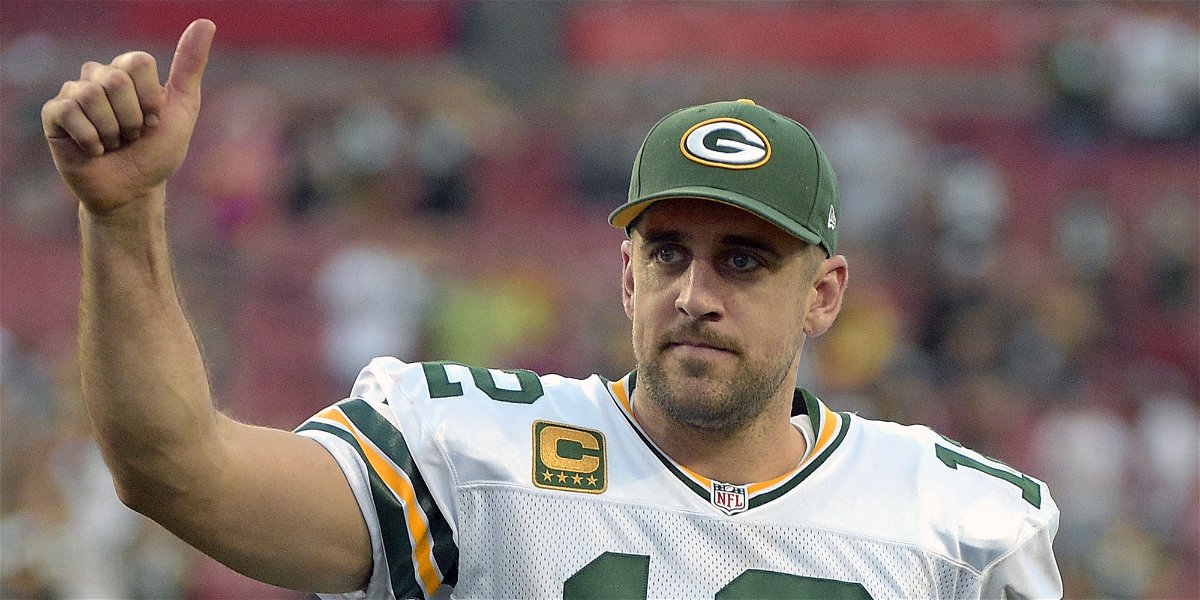 Rodgers let fans see that he was not a waste of a top round draft pick. He aspired to take his place among the NFL legends who had donned the No.12 jersey.

In 2008 and 2009, he became the first NFL quarterback to pass for over 4,000 yards in their first seasons as the franchise starter.

On February 6, 2011, Aaron Rodgers helped Green Bay become Super Bowl champions. By doing so, he lived up to the expectations of the Packers faithful and the ones who picked him in 2005.

In the subsequent season, Rodgers claimed the regular season MVP. He achieved this feat once more in the 2014 season. Under Rodgers, Green Bay has made it to the NFC Championship game three times since clinching Super Bowl glory. 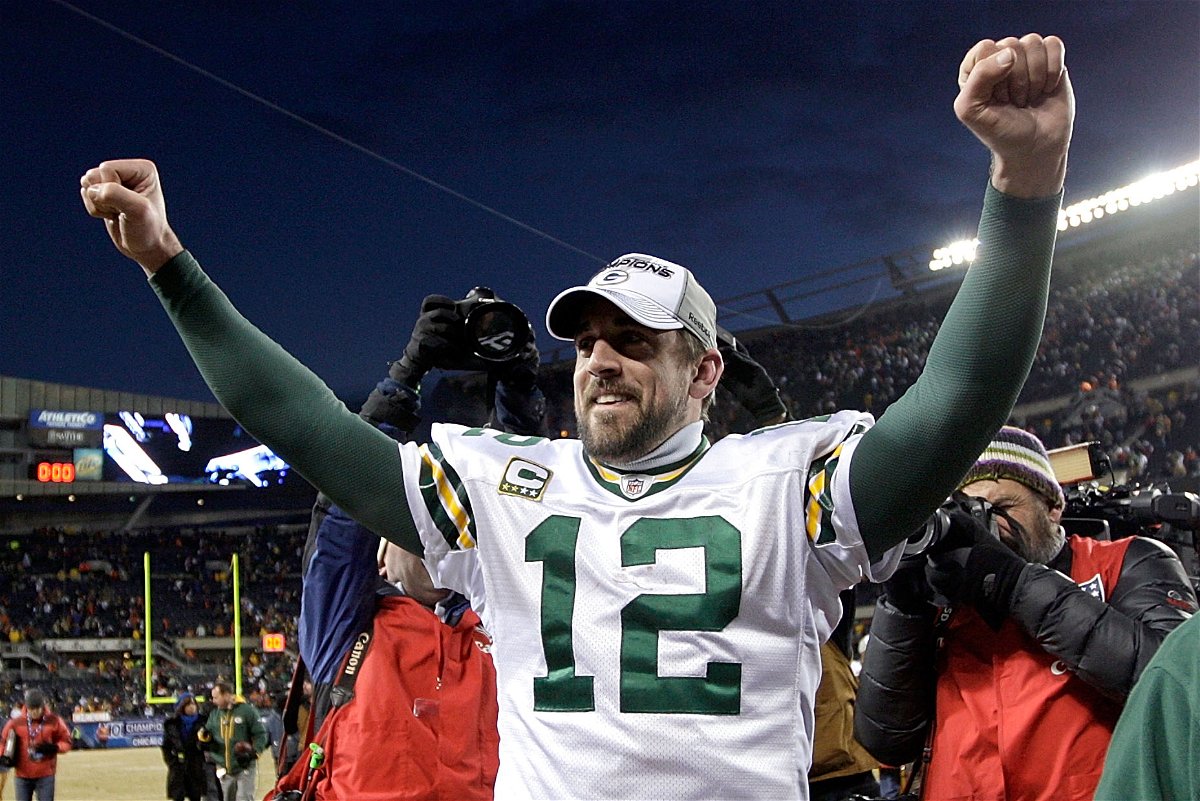 Moreover, he holds the lowest career pass (1.4%) interception ratio. Also, he holds the record for most pass attempts (402) in a row without being intercepted by the defense.

For six seasons, from his sophomore NFL starting season right until 2014, Rodgers finished the 16-game regular season with a passer rating above 100%. 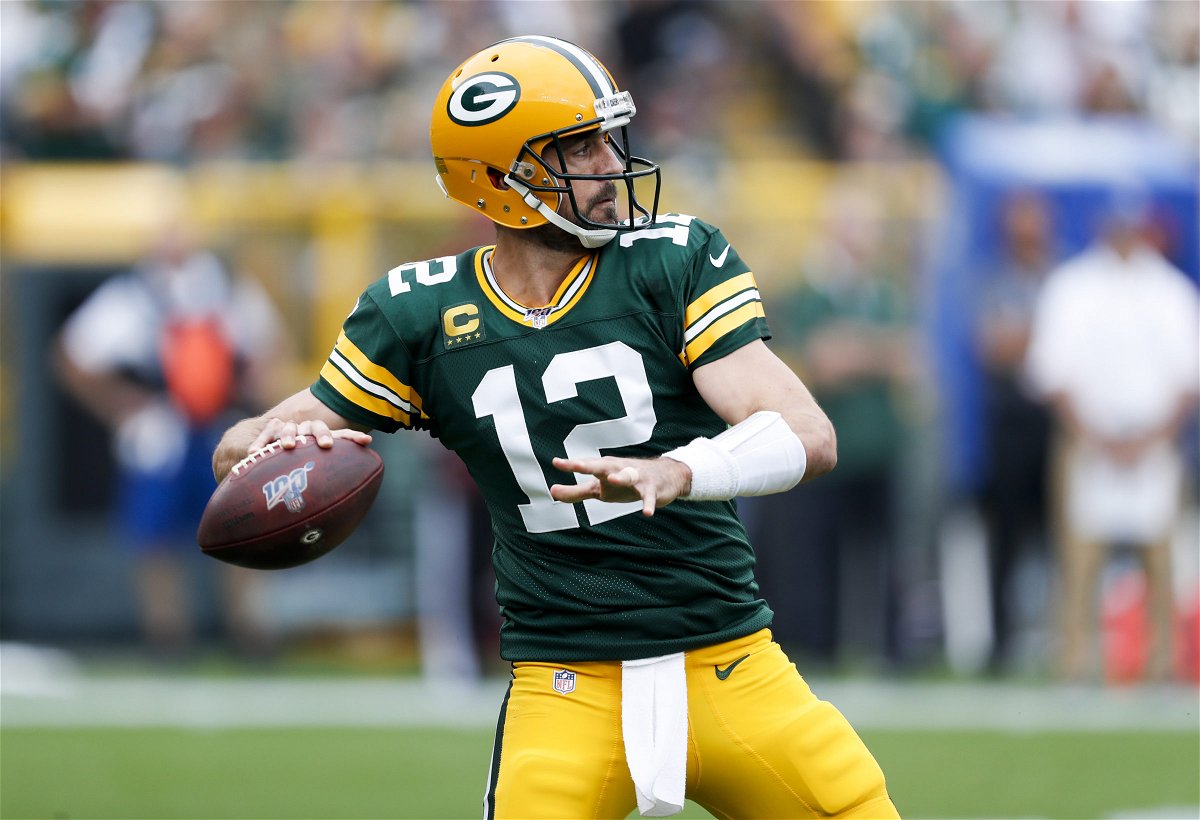 He crafted his place in NFL history and became one of the greatest to wear the No.12 jersey over the last two decades, coming second only to the incomparable Tom Brady.

Coming second to Brady can be labeled as the equivalent to a win.

The Green Bay Packers quarterback gets a day dedicated to him

In 2012, to celebrate the twelfth of December, a fan set up a campaign. Here, the aim was to capitalize on the uniqueness of the date and Aaron Rodgers’ jersey number and have an ‘Aaron Rodgers Day’. The ever so grateful Rodgers tweeted out his thanks to the fan.

He wrote, “Very flattered and honored that 12/12/12 is in the works. Thank u to the efforts of Jennifer Brilowski and our many incredible fans.”

Very flattered and honored that 12/12/12 is in the works. Thank u to the efforts of Jennifer Brilowski and our many incredible fans

Despite being the sixteenth player to have the No.12 on his Packers uniform, it is safe to say that Rodgers has eclipsed the previous fifteen.

Should the number not be retired, it will take a herculean effort from anyone to live up to his brilliance or even match his legacy, which many will no doubt envy and aspire to equal or beat.

Rodgers continues to wear the No.12 as of the upcoming NFL season. It seems unlikely that he will ever switch until he retires or leaves Green Bay.