Joe Burrow rose to stardom off the back of a stellar showing with LSU in 2019. The college quarterback led LSU to the National Championship with a win against the Clemson Tigers. He was subsequently given the Heisman Trophy for his record-breaking season. Three months ago, Joe Burrow became the third consecutive Heisman Trophy winner to be drafted as the number one pick.

His first offseason with the Cincinnati Bengals was put in jeopardy due to the coronavirus outbreak. He had to make do with online Zoom training sessions before preseason officially began in July.

The Bengals kick-off their 2020 campaign with a clash against the Los Angeles Chargers on September 14, 2020. Can Joe Burrow carry over his form from 2019 into his rookie year in the NFL?

Is Joe Burrow underestimating a transition to the NFL?

On the latest episode of ESPN’s Get Up, host Mike Greenberg was joined by Jeff Saturday, Marcus Spears, and Adam Schefter. The quartet was questioning the intention behind Joe Burrow’s recent ‘bullish’ comments.

Earlier this week, Burrow was asked if he felt ‘nervous’ amidst preseason training. He replied, “Absolutely not. Have you ever heard anything else about me about being nervous?” 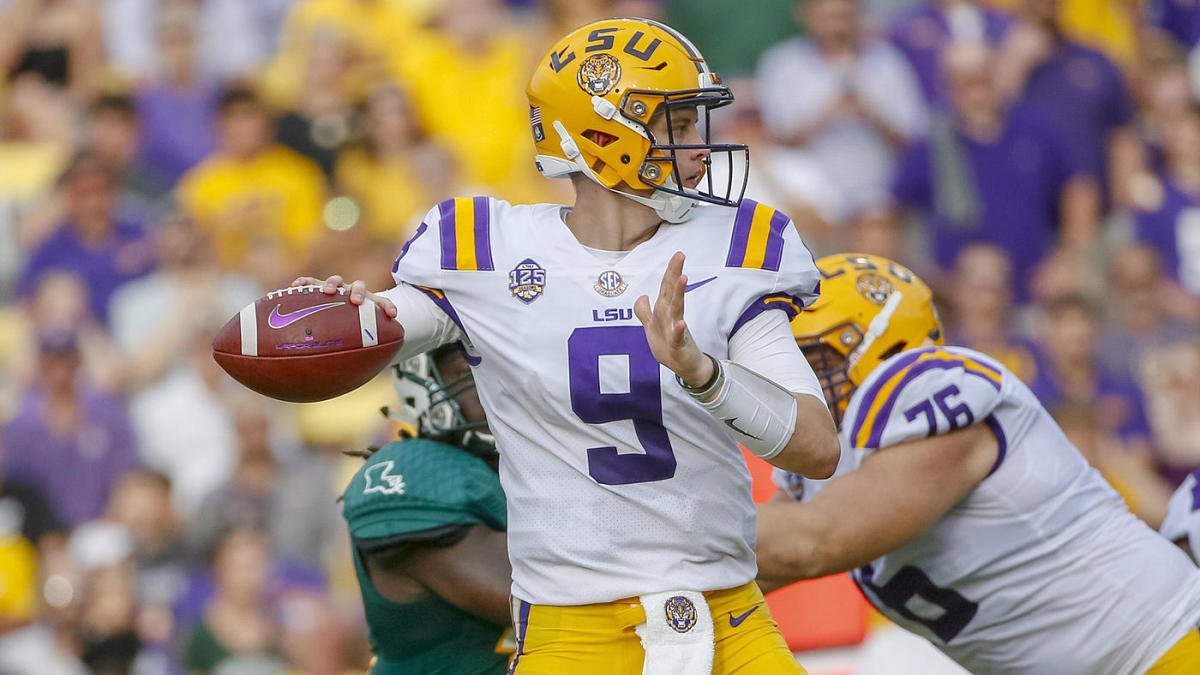 Burrow’s confidence can be mistaken for arrogance. But as Marcus Spears pointed out, maybe that separates Burrow from the rest. The great ones do have a slight arrogance to their demeanor. Tom Brady, Peyton Manning, Randy Moss, and even Aaron Rodgers have displayed some of that in their character over the last decade.

If Joe can live up to his reputation and make good on his claims, he should be alright. After all, we must remember that he registered 5,671 passing yards, 60 TDs against just six receptions not that long ago. Could Joe be next in line to go down as one of the ‘greatest of all time’?