After a large delay, it appears that former Pittsburgh Steelers star Antonio Brown is all set to return to the NFL. The veteran NFL wide receiver was slapped with an eight-game ban before the season began. He was found to be in violation of the league’s personal-conduct policy.

His ban is set to end next week after which he will be eligible to feature in the league once again. He was rumored to be close to signing a deal with Russell Wilson‘s Seattle Seahawks. The duo was also seen training together in the offseason. However, it now appears that a certain NFC South franchise is winning the race for Brown’s signature.

The last time that Antonio Brown played in the league was with Tom Brady in the 2019 season. It now seems that the first time ‘AB’ steps onto a field this year will also be alongside ‘Tampa Brady’. The pair played together in Week Two last year before Brown was cut by the Patriots for his off-field issues. However, NFL insider Adam Schefter claims that Brown is close to signing a one-year deal with the Tampa Bay Buccaneers as we approach the halfway stage of the league.

However, as mentioned above, Brown will be on a minimum-wage contract similar to the one that the Patriots offered Cam Newton in the offseason. Brown will receive just $1 million as a base salary. The maximum value of his contract is $2.5 million.

As per Sporting News, Newton was also given a one-year contract with a base salary of $1.05 million. He will reportedly receive only $550,000 in guarantees. However, Newton can receive up to $6.5 million in bonuses. Previously, Cam was on a $17-million-a-year deal with the Carolina Panthers.

Antonio Brown was linked to the Buccaneers last season as well. Back then, head coach Bruce Arians was in no mood to bring in the controversial wide receiver. He believed that Brown would have certainly destabilized the atmosphere within the team dressing room. Then along came Tom Brady, who is rumored to be the ‘driving force’ behind the Antonio Brown deal.

But will the Buccaneers’ owners, the Glazer family, regret the impending arrival of Mr. Brown? An unnamed executive believes they will.

“Mark my words, it’s going to be a problem. I give it a week to 10 days before he’s late for the COVID test or doesn’t totally follow protocol. You have no idea the stories we could tell you about this guy. Everything is a struggle.” 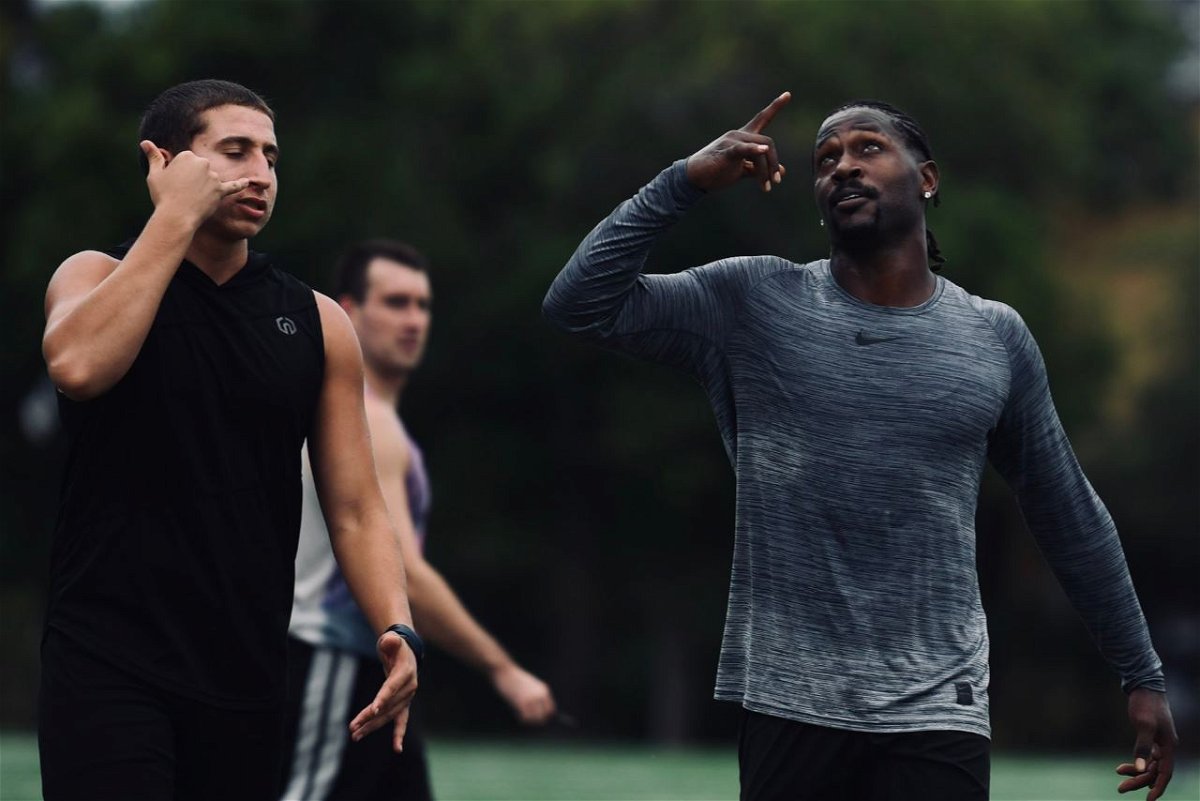 “And then once he gets comfortable there, forget about it. Anything goes. This is a new world that is totally foreign to him and with what’s being asked of players now. Good luck. There were plenty of valid reasons why [Arians] didn’t want anything to do with him a year ago. Unless this guy has completely reinvented himself, and done a complete turnaround, this is going to get ugly,” an unnamed source told CBS Sports.

Do you see Antonio Brown as a good fit for the Tampa Bay Buccaneers?