Are the Steelers and Saints Better Off Without Drew Brees and Big Ben?

Published 03/01/2021, 8:17 PM EST
Tom Brady won his 7th Super Bowl ring at the age of 43 earlier this year. Against all odds, the veteran quarterback switched teams, learned a new system, motivated his teammates to get to his level, and formed a strong bond with Head Coach Bruce Arians in a matter of 12 months. He is the exception.

Meanwhile, after starting the season with an 11-game winning streak, Big Ben’s Pittsburgh Steelers were knocked out in the Wild Card Round at the hands of bitter rivals, the Cleveland Browns.
Brees turned 42 earlier this year but announced that he will return for another season with the Saints. Likewise, Roethlisberger, who turns 39 today, will also be part of Mike Tomlin’s roster heading into the 2021 NFL season.
But how is that going to work out for both these aging warriors? Will this be their final season in the big leagues?
DIVE DEEPER

Drew Brees or Big Ben- Which quarterback will be missed more by their respective teams when they decide to retire?

Drew Brees going the extra mile in a workout 👀 @brgridiron

Drew Brees started the previous campaign on a positive note. He threw for 160 yards with 2 passing touchdowns as New Orleans Saints beat NFC South rivals, Tampa Bay Buccaneers, by a 34-23 scoreline.
However, he was dealt an injury blow midway through the season, and backups QBs Jameis Winston and Taysom Hill stepped in to take over as the Saints were crowned NFC South champions yet again. 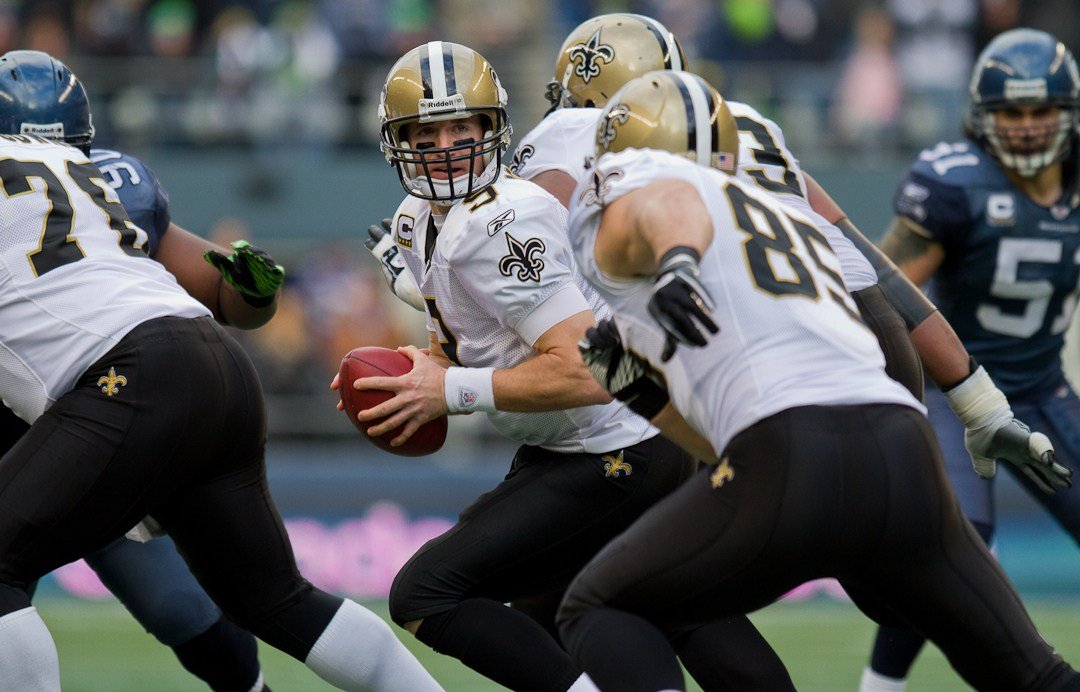 While Brees did return in post-season, he could not lead his team to the NFC Championship Game as they bowed out with a humbling 20-30 loss to the Buccaneers.
The Texas-born quarterback ended the season with 2,942 passing yards and 24 passing TDs against 6 interceptions. However, it must be noted that Brees failed to make any big-time plays and looked slow in the pocket all through the season.
Had it not been for the likes of Alvin Kamara, Taysom Hill, and the Saints defense, the season could have ended on a far dismal note for Sean Payton’s side.

Big Ben showed up for the Steelers in 2020, but can he do it again this season?

Most in NFL history 🔥 pic.twitter.com/eMa0mxCA88

Coach Mike Tomlin and the Steelers were the definite surprise package from last season. Their 11-game winning streak had fans dreaming of a perfect season to match the New England Patriots team from 2007.
However, after 3 consecutive losses towards the end of the season, Pittsburgh still bagged second seed and won the AFC North crown with a 12-4 record.
Big Ben threw for 3,803 yards with 33 touchdowns against 10 interceptions in 2020. Considering his nasty elbow injury from the year before, Roethlisberger definitely surpassed expectations with some impressive displays last year.

His valiant effort (501 passing yards and 4 touchdowns) in the 37-48 loss to the Browns was reminiscent of his peak.
Roethlisberger has expressed a deep desire to keep playing at the highest level. But the Steelers will have one eye on the upcoming 2021 NFL Draft as they plan for life after Big Ben.
Both, Roethlisberger and Brees, have enjoyed distinguished careers, winning two Super Bowls between them. However, this could very well be their last season in the NFL.