Throwback: When the Nets Traded an NBA Player To the Sixers For A Bizarre Reason

Dawn of a new era for Newton 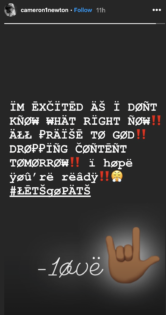 Analysts believe that Newton came to a realization that he isn’t a $30 million quarterback and thus, this move makes great sense. “When you sign Cam Newton, you are not signing a player as much as you’re signing an entire offense… He was [the Carolina Panthers’] whole offense,” analyst and former NFL cornerback, Domonique Foxworth, said when asked if Newton would be the Patriots’ starting quarterback in Week 1.

Why this is a smart move for New England

This is a very good deal for the Patriots. If Newton performs as well as he did in the past – particularly when he was named NFL MVP and led the Panthers to a Super Bowl – it’ll only help the Patriots keep their status as an elite AFC East team. If Cam’s previous injuries affect his game, then it won’t be a big financial loss to the team. The risk is minimal and benefits are quite large.

New England also has veteran quarterback, Brian Hoyer, and 2019 Draft class’ Jarrett Stidham. In case, Newton doesn’t work out, either of them could take over. Jarrett Stidham has been a very exciting prospective replacement for Brady. He has been talked about a lot and already has people expecting a lot from him.

Head Coach Bill Belichick has always had immense respect for Newton. “When you’re talking about mobile quarterbacks, guys that are tough to handle, tackle, can throw, run, make good decisions — I mean, I would put Newton at the top the list,” he said in 2017.

This new deal is a fresh start for the Pro Bowler and we hope he returns stronger than ever.